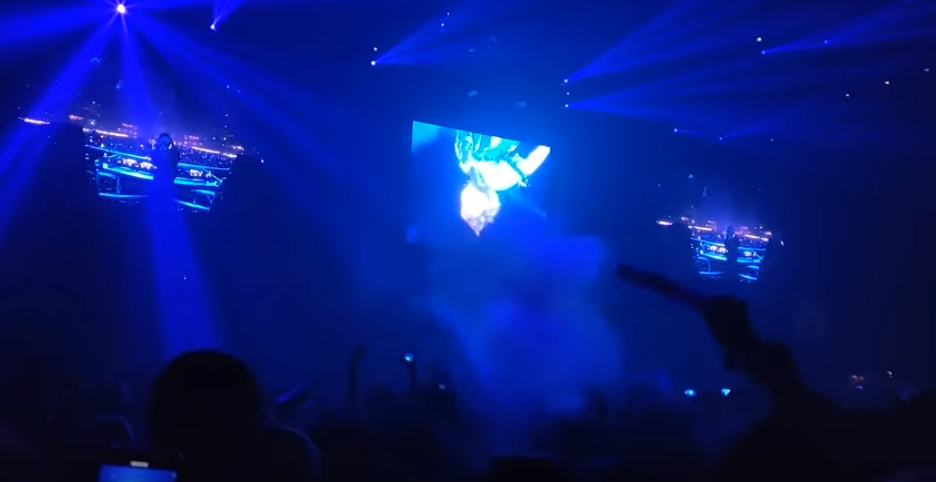 Skrillex has played an extended version of the Japanese version of Face My Fears live at multiple events around New Year's Eve. Many attendees at Snowta NYE Festival and Decadence have recorded videos of him playing the song live at the events. At Snowta, he played clips from the Kingdom Hearts III opening movie trailer, but no new footage was shown.

You can watch a video of the performance at Snowta and Decadence below. The song plays at 7:45 mark in the first video.

More footage of the song from Decadence Colorado 2018 can be seen, here, and here.

Footage from the Snowta NYE Festival 2018 event can be found here, and here.

Face My Fears EP, containing both versions the English and Japanese versions of the song as well as Don't Think Twice and Chikai, will release on January 19, 2019.