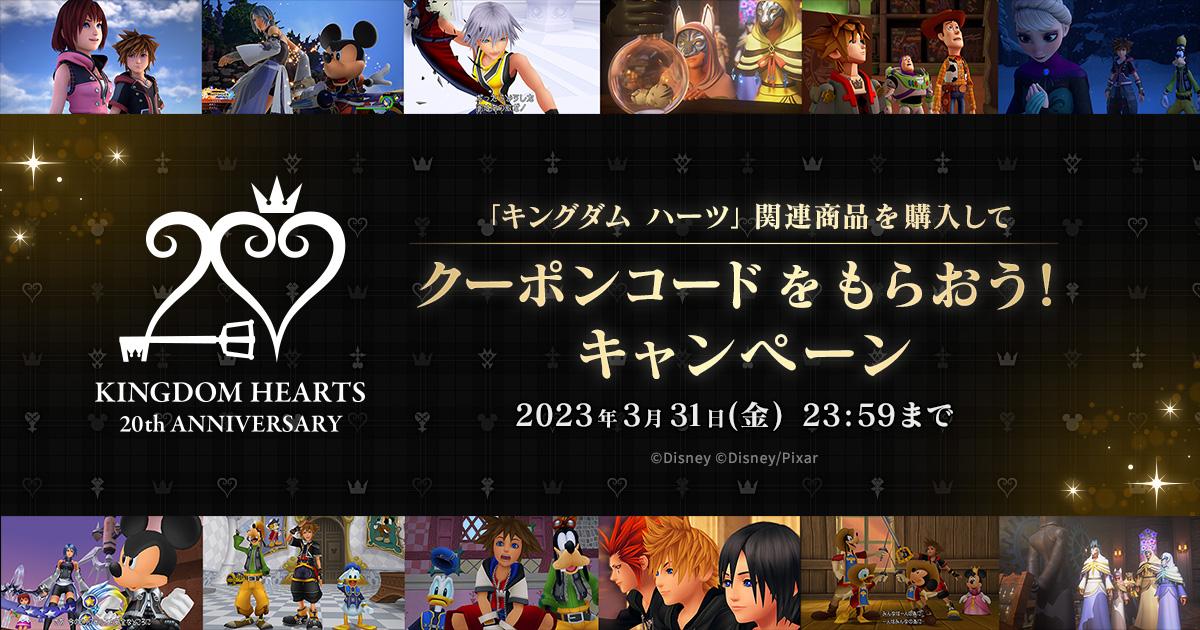 To celebrate the 20th anniversary of the series, Square Enix e-STORE Japan will be giving away discount coupon codes that can be used when ordering new Kingdom Hearts-related products to anyone who orders and receives a product related to "Kingdom Hearts" from the Square Enix e-Store during the campaign period. The campaign will be active until the end of March 2023, only in Japan.

Campaign Notes:
*Coupons will expire when the campaign ends, and anyone with unused coupons will lose them.
*Certain Kingdom Hearts products are not eligible for the coupon code. For more details, check this link for a list of eligible items.
*If for some reason, your order ends up arriving later than the campaign's end date (March 31, 2023), you will not receive a coupon code. Coupon codes can only be received the moment your order is considered as "Received".