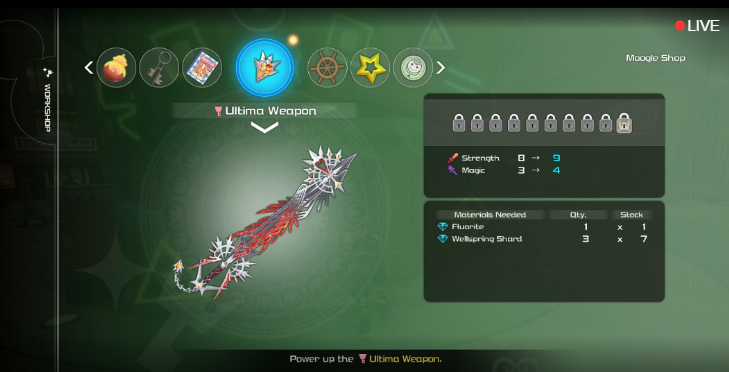 The recent 1.04 and 1.05 updates for Kingdom Hearts III have brought changes to the game, such as changes in enemy AI, increased album storage to 200 photos, Frozen's Slider mini-game prizes appearing on the Gummiphone, check marks on synthesized items, and some bugs fixed. But the most important update was the addition of the Critical Mode, the highest level of difficulty known in the series.

Tai Yasue, the co-director of Kingdom Hearts III, has recently been interviewed in-house at Square Enix about the new Critical Mode update for the game. He talks about what has been changed in the highest difficulty mode now available for Kingdom Hearts III, what new things have been added, and has given his top tips to survive the Mode as well as how to challenge yourself to the fullest. Give it a read below!

Q: Firstly, what is Critical Mode?

Yasue: Critical Mode is the highest difficulty level in KINGDOM HEARTS III. It’s where you can enjoy the most thrilling, challenging and satisfying gameplay.

The difficulty levels for both Beginner Mode and Standard Mode are designed to give a warm welcome to anyone that plays the game.

In comparison, in Critical Mode you’ll be defeated by enemies in an instant unless you make use of dodging and guarding during battle. You’ll also need to strategize ahead of time, from the abilities you set in between battles to which type of food to eat.

Not only does the difficulty level increase with Critical Mode, you can also enjoy more action-packed gameplay through the addition of three unique abilities, and an increased number of actions that you can use from the beginning of the game.

Q. How much more difficult is this than Proud Mode?

Y: The difficulty level feels completely different [from Proud Mode]. In Critical Mode, you’ll always need to be on your toes in battle.

Although the damage you receive is pretty high in Proud Mode already, in Critical Mode Sora’s HP and MP are halved. Because of that, and many other adjustments, your game can end suddenly - even when battling against common enemies in the first World if you aren’t careful!

As Yasue mentioned, in this new Critical mode, Sora's maximum HP and MP are halved. In addition to this, the frequency of situation commands and magic is also lowered. The new abilities that Sora can perform are the following:

Q. How can we start playing Critical Mode?

Y: Simply select “NEW GAME” on the title screen and then pick Critical Mode from the difficulty selection menu.

Q. Can we carry anything over from already existing save files?

Y: Yes - you can carry over your Keyblades and selfie poses from any cleared save file.

Keyblades that are carried over will return to their base strength, but through this optional feature, players can utilize Keyblades otherwise not obtained until later in the game from the beginning.

Another change that have been brought by the new updates is the addition of the Proof of Promise and the Proof of Times Past in the inventory."

Q. Have you played Critical Mode yourself?

Y: Yes, I have! Because there are various playstyle options with Critical Mode, and the difficulty level is different for each, I played through a few variations of those.

My first time through, I played without carrying over my Keyblades from a previous play-through. It was quite difficult, but I enjoyed the tense gameplay because it forced me to guard and counter enemy attacks, and get creative with the food I had Sora eat. It felt really great to finally take down some enemies after getting KO’d by them a bunch!

I then redid the challenge and carried over my Keyblades. You have different actions at your disposal depending on which Keyblade you have equipped, so having more options available to me did make things a bit easier.

That being said, I really enjoyed having these flashy battles in the very first world. I’d recommend this method for those who don’t ordinarily play at a higher difficulty setting.

For people who really want a challenge, you can decide to not carry over Keyblades, equip the “Zero EXP” ability, and play through Critical Mode without leveling up at all. This will test your concentration, willpower, and skill as a player, but we did balance the game so that you’re able to clear it - even with those options.

Q. What are your top tips for anyone starting Critical Mode for the first time?

Y: One tip would be to pay close attention to the enemies’ attacks and make sure to guard or evade. Also, you should make sure you prepare in-between battles by cooking, synthesizing, and updating your ability set.

These may sound like fairly simple ideas, but with Critical Mode, you’re going to need to strategize very carefully, whereas on an easier difficulty mode you can use whatever equipment and abilities you like best.

Q: Which Keyblades did you use most while playing through Critical Mode?

I constantly changed my Keyblades depending on who I was fighting and which Keyblade I felt like using at that time. However, since defending and pivoting from defending to countering enemy attacks is important, I oftentimes used Keyblades that transform into shields.

Q: What did you struggle against most in Critical Mode?

Y: Boss fights are definitely difficult, but even common enemies are hard. The ninja nobody in Arendelle, for instance, is quite powerful.

It’s extremely exciting when you transform your Keyblade in a situation where just one more enemy blow would KO you, or when you’re finally able to return fire because the Attraction icon pops up!

Q: Will King Mickey, or any other allies, come to your aid if your health reaches zero, such as in KINGDOM HEARTS II?

Y: Critical Mode is all about earning victory with your own strength. We intentionally designed it so that King Mickey will not come to your aid.

No, it doesn’t affect the Gummi Ship. Free exploration and customization is what makes Gummi Ships fun, so we didn’t want to obstruct that by increasing the difficulty level of the Gummi Ship battles.

Thanks to KH13 Staff and Contributor @Delenn Deszcz and @Chainoffire for contributing to this article!