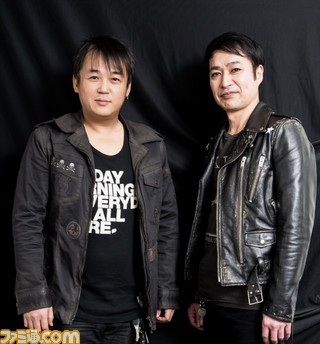 Giving an interview with Famitsu, series director Tetsuya Nomura revealed that Takeharu Ishimoto and Tsuyoshi Sekito will be working on music for Kingdom Hearts III. While discussing the release of Dissidia Final Fantasy NT Original Soundtrack, Nomura talked about their increasing output of music for the Kingdom Hearts series including important battles and showed his appreciation of their continued work on the series.

Ishimoto and Sekito will be working alongside Yoko Shimomura in a similar capacity to their previous contributions to the series in Kingdom Hearts Birth by Sleep and Kingdom Hearts 3D: Dream Drop Distance. The full quote can be seen below and thanks to NihonScribe for the translation.

Interviewer: And now I think Nomura has a few words to say to Ishimoto.

Nomura: You have been working on some music and various soundtracks for the "Kingdom Hearts" series, but now you've decided to work together with Mr. Sekito (Tsuyoshi) on "Kingdom Hearts III" music. Up until now the number of songs have been increasing, and because we need songs that form and go along with important battles, I hope you keep continuing with us. I'm grateful for your continued support from now on (laughs)

What do you think about this news? Do you like Ishimoto's and Sekito's music? Let us know in the comments below