Earlier, at 2 PM JST, the Japanese version added 5 new story quests that advance further the plot of the Daybreak Town story! You can watch the video of the cutscenes by Everglow here. 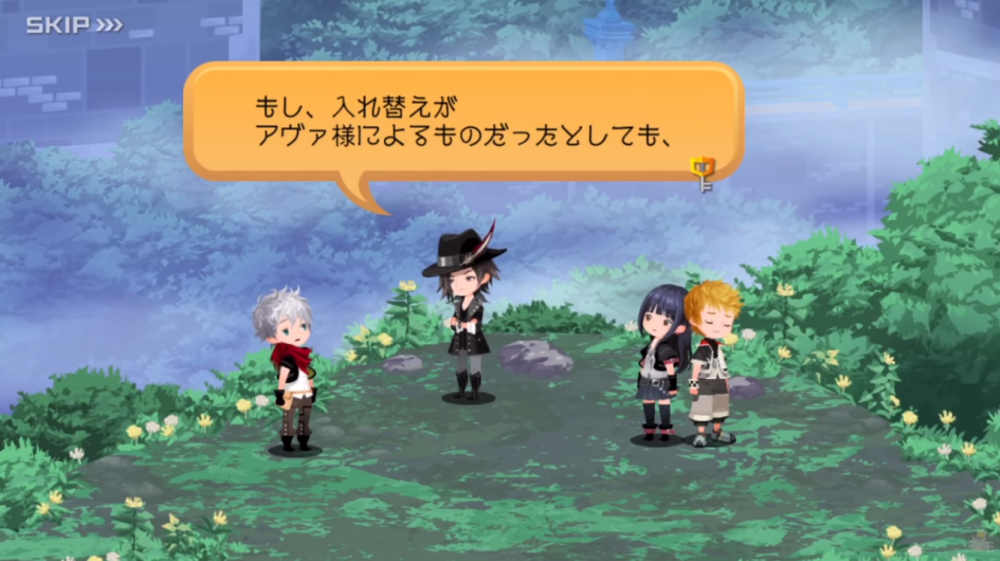 Skuld: But...
Ventus: B-But, I was told by Ava-sama that I was chosen...to be a Union Leader...
Blaine: Well, you were lied to. Without knowing you were, of course.
Ephemer: Then...was this what Ava-sama intended to do?
Blaine: Nope. If I were to guess, Stretlizia, Lauriam's sister, is no longer here.
But there's just something that doesn't add up...you need to be in the Dandelions if you want to be picked as a Union Leader.
However...Stretlizia was not in the Dandelions...and the fact that she's gone means that this wasn't Ava-sama's intention.
If she truly switched her, then she wouldn't allow her to just go into the War without saying a word.
Ephemer: Then... just who invited Ven?
Blaine: Remember what I said? To become an Union Leader, you *had* to be a Dandelion? What was the purpose of that?
Ephemer: In order to preserve the light of the past?
Blaine: Correct. But there's one certain thing that does not want light to be preserved. And that is?
Ephemer: ...Darkness.
Blaine: Darkness comes in many forms...and that includes...a human form. 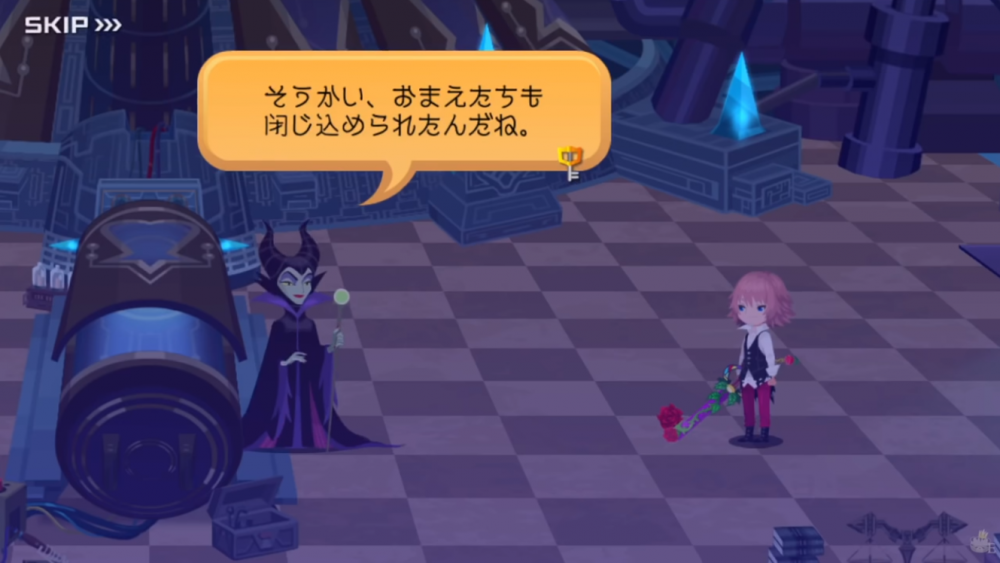 Maleficent: Oh, it seems you guys are trapped here too.
Lauriam: Funny you'd say that. 'Cause I sure don't remember seeing you in the list.
Maleficent: Oh, don't worry. I was just seeing myself to the exit.
Lauriam: I find it hard you'd be searching for an exit here.
Maleficent: Fufu. I take you don't know what this room's for?
Lauriam: Yes, yes. You do make a valid point. I could care less about that stuff. I thought this was some sort of lab or some storage room full of nonsense.
Maleficent: Well, I suppose both of your assertions are correct. These are the remains of a research lab, where they conducted research. But as you can see, that research was deserted.
Lauriam: Heeh. There's no need for that~ I'm pretty sure there are other exits you can take.
Maleficent: Either way, I'll just do what you wish and leave. Now, if you excuse me...
(Lauriam swooshes and hits Maleficent with his Keyblade) 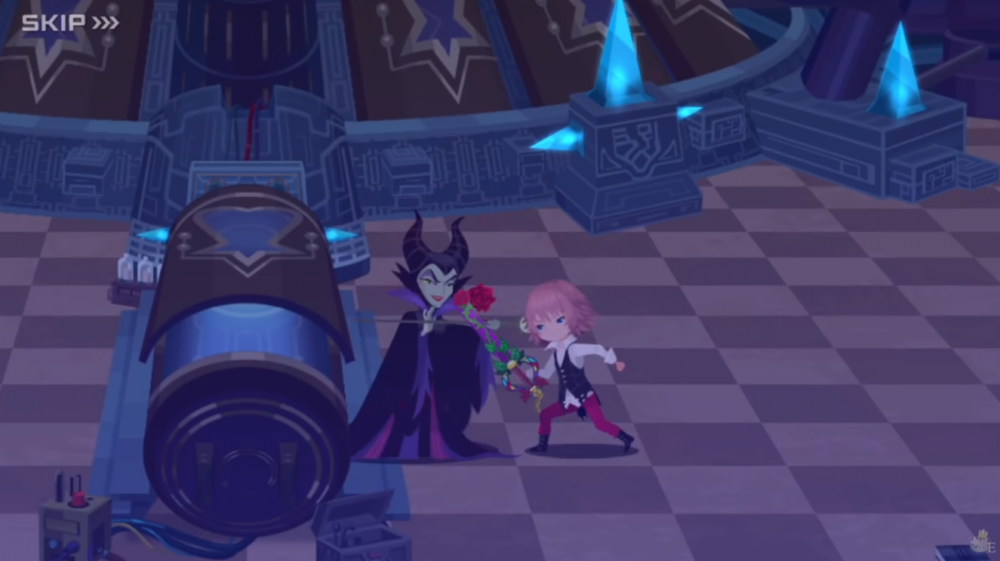 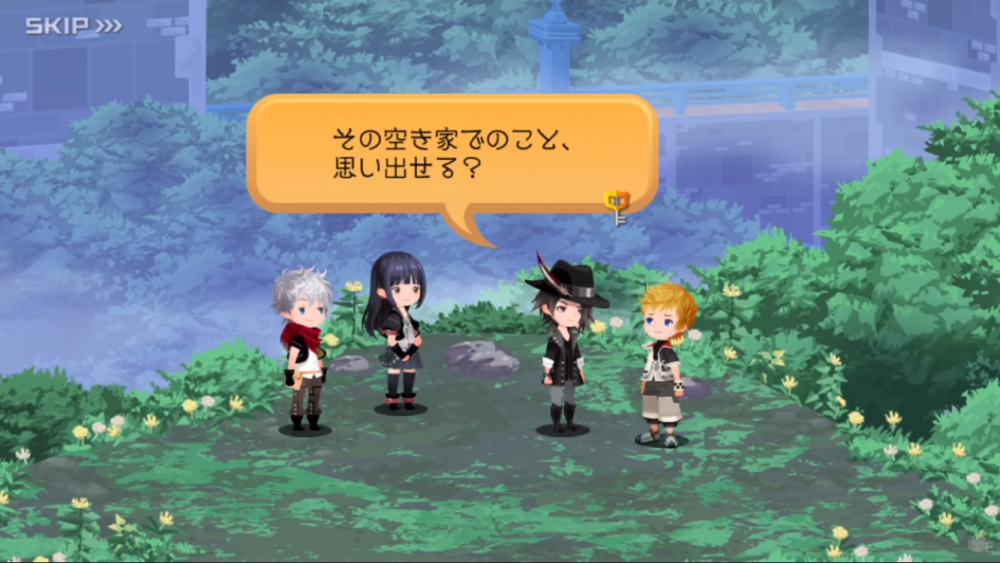 Skuld: So what you're saying is...the Ava-sama Ven talked to, was a fake made by darkness?
Blaine: Ventus. When you met with Ava-sama...was something...amiss?
Ventus: Um...lemme try to recall...
Ephemer: Did Ava-sama say something...weird?
Ventus: Well, she said that if I wanted to become one of the five Union Leaders...and then she handed me some weird book...
"When all this is over, meet up with the other 4." she said.
Blaine: Right, right. She said that to all of us. Anything else?
Ventus: She told me to meet her at an empty dark house...  | Ephemer: Eh?
Ephemer: Didn't you say it was near the clocktower?
Ventus: Oh, we met first at that house. And then we were chatting as we were walking near the clocktower.
Blaine: Do you remember what transpired in that house?
Ventus: Umm...let me recall... 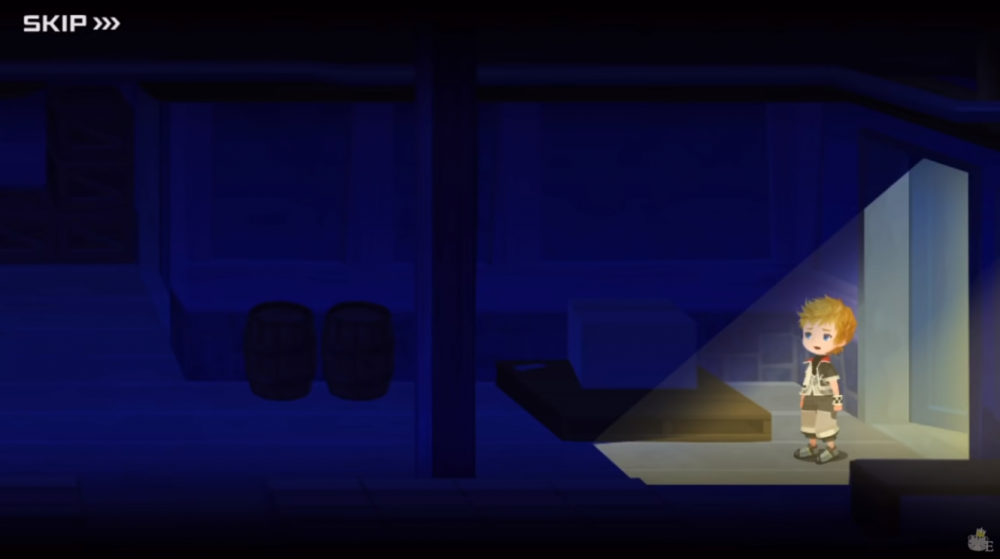 That day...I was called by Ava-sama to the empty house...
Ventus: Ava-sama...it's me, Ventus.
Ventus: Ava-sama!!
Ventus: ...Did I get the wrong house, perhaps?
Ventus: ! Who's there?
Some minutes passed and...
I came out of the house with Lady Ava...
By the time our conversation ended, we were near the clocktower.
Blaine: You said "some minutes passed". But why?
Ventus: Sorry. From the time she came to the time we got out of the house, my memories draw a total blank. All I remember is getting out of the house with her...
Blaine: (Dear God.) ...Was the one that came...*truly* Ava-sama?
Ventus: Huh...?
Chirithy: Why...? 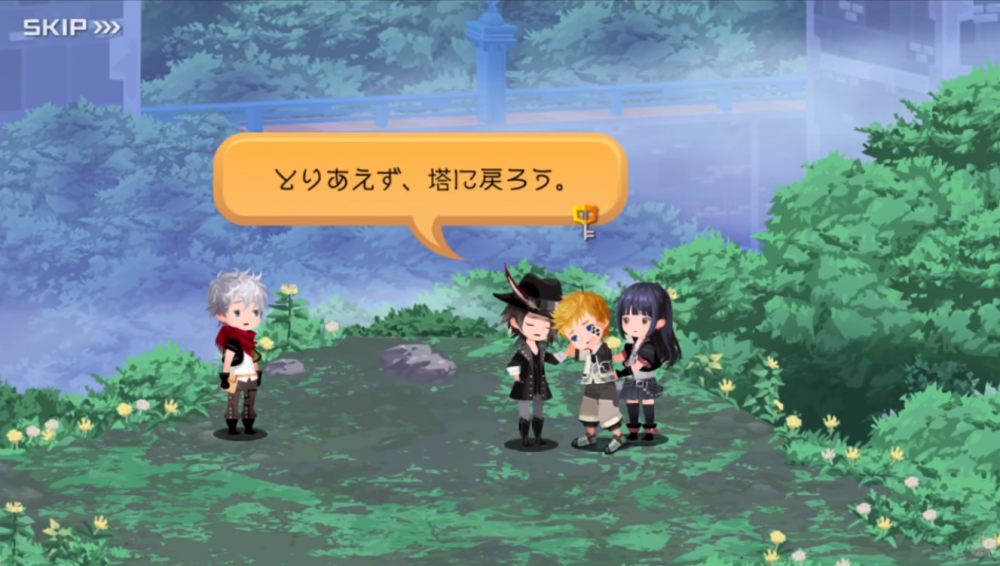 Skuld: What do you mean??
Blaine: For now, let's go back to the clocktower... 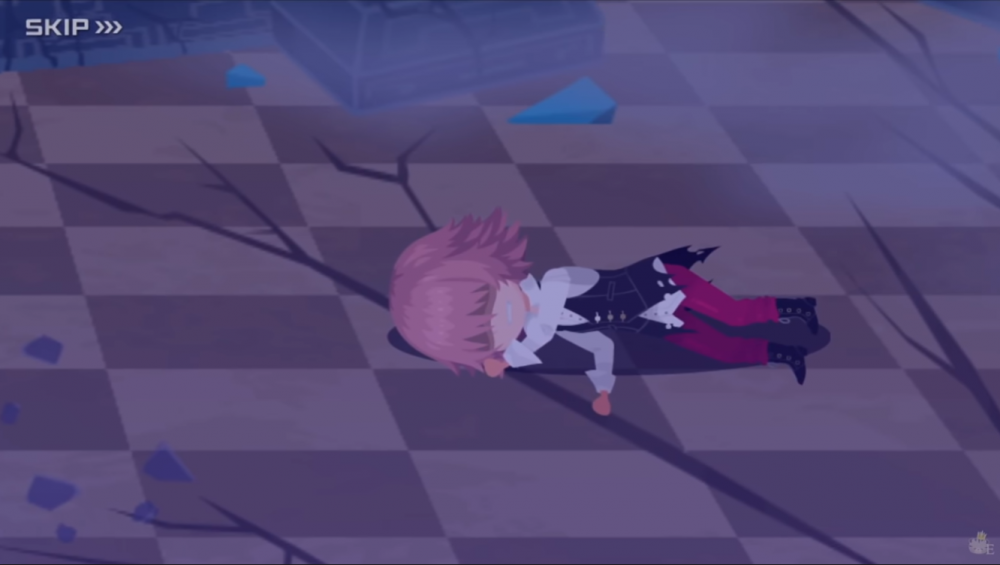 All the scene shows is Lauriam, cold on the ground, and the camera pans to him and then a full view of the room, completely thrashed.