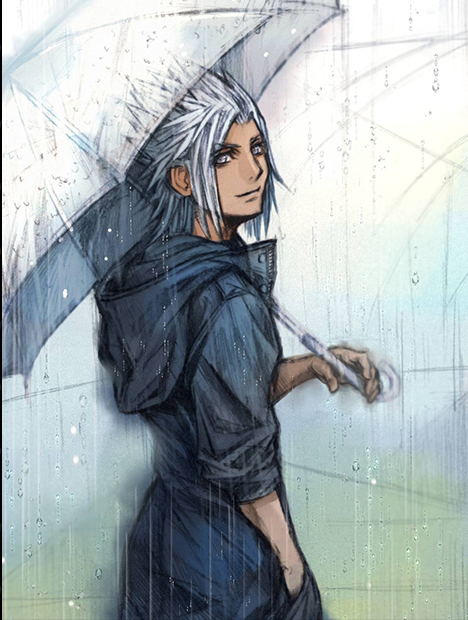 Alongside the launch of Kingdom Hearts Dark Road's final update, Square Enix released a Q&A with Tetsuya Nomura regarding specific parts of the game's narrative and correlative material to the series as a whole.

Our team's Ryuji translated the entirety of the interview, viewable below. However, note that the interview contains spoilers for pivotal Dark Road plot points.

We will have also have edited images containing the translations shortly.

Question 1: In past titles, we saw a different-looking Young Xehanort than the one in the Destiny Islands [cutscenes] (seen in Birth by Sleep and Dream Drop Distance)…is there an explanation for that?

Question 2: Are there going to be any further patches to Dark Road after this?

Nomura: Yes. We’ve identified instances where the incorrect background is shown during combat. Furthermore, we’ve also identified where the Player with Xehanort’s cutscene will not display as they should during some unique circumstances. I apologize for these bugs, and we will be releasing a Version 5.0.1 patch in the future to address those.

Question 3: The “Why did Xehanort become bald” reason was…honestly unexpected.

Nomura: Yes, it was not a matter of great importance. I just wanted to clarify that he had “shaved” because I noticed that it had been misunderstood as a common theory that he had just lost his hair. Otherwise, it is not a big problem that the Queen of Hearts did not remember Xehanort. That’s just the way she is.

Question 4: In Dark Road, several of the Emblem Heartless make an appearance. But we thought that they would only appear later in the series.

Nomura: The reason for their appearance in these past worlds will be explained in Missing-Link.

Question 5: Who was the blue-robed figure seen in the epilogue of Dark Road?

Nomura: It’s the Player. Or, to be more specific, it’s the vessel where the Player’s heart has started its “second lifetime” on. Therefore, whenever someone disappears, it’s not that they’re entirely gone. Rather, their heart has melted into another person.

Question 6: Is the Scala ad Caelum in Dark Road and the one in Missing-Link one and the same?

Nomura: Correct. The reason why there is such a difference in atmosphere is due to the fact that Scala ad Caelum is positioned as a multi-layered city, with a new city being built on top of the old one.

Nomura: There might’ve been some missing spots, but I believe I managed to depict the beginning of his entrance into the path of darkness really well.

Question 8: “Ooh, I really liked this classmate/upper classmate! Will he or she be in future stories?”

Nomura: Regrettably, while I wish I could’ve further explored their character development, I was unable to do so, or the story would get insanely extensive. Most of the characters will probably not appear in future stories, but if the opportunity arises, I would love to depict them in other forms of media.

Question 9: Could you explain more about the “Destiny is so cruel…” line by Master Odin?

Nomura: Naturally, Master Odin also had a master to mentor him. Said master entrusted Odin with a mission, which actually ties in with the identity of the blue-robed individual.

Question 10: Xehanort appears with a figure who we assume to be his mother. Is that…Skuld?

Nomura: That is incorrect. However, she is related to Skuld in some way. The next title, Missing-Link, will have “bloodlines” as one of the story’s main points.

Question 11: Dark Road reveals details about Xehanort’s lineage and bloodline, with some mentions about the “First Master’s Bloodline,” but what about Eraqus? Are the two of them related by blood?

Nomura: My apologies. I cannot answer that, as it will be explained in Missing-Link.

Question 12: Speaking of Missing-Link, could you share any further information about that?

Nomura: We are currently in the preparation of the closed beta test. Unfortunately, I am still unable to give a more precise time as to “when” it will happen, but there are plans to rename the Kingdom Hearts Union Cross [social media] accounts into Missing-Link accounts, so I urge you to follow them.

Nomura: Just because the “Dark Seeker’s Saga” is now concluded does not necessarily mean Xehanort will never appear again in future titles. If the opportunity arises, then…