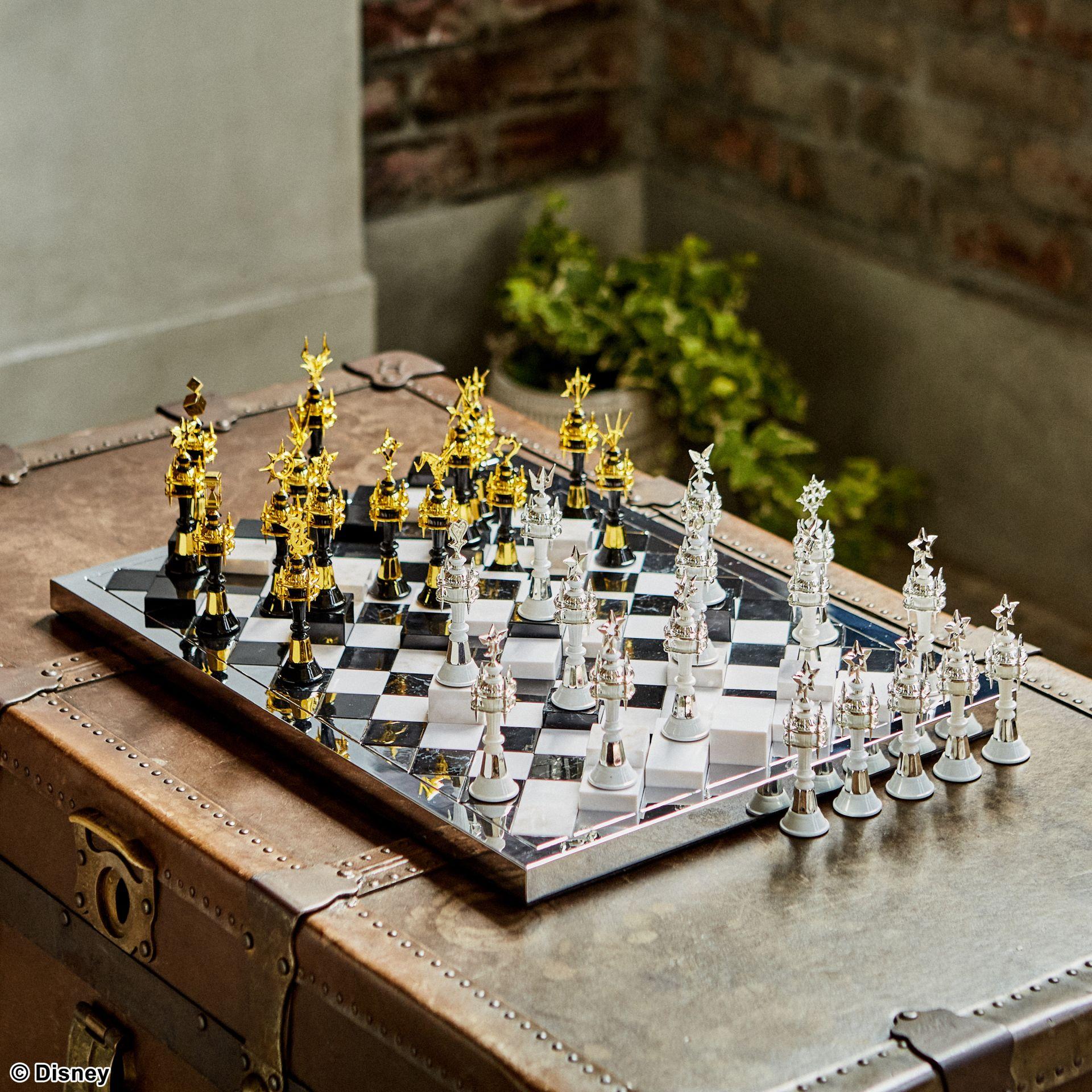 This product is a recreation of the chessboard and pieces Young Eraqus and Young Xehanort were seen playing with during the opening hours of Kingdom Hearts III.

You can view the officially revealed images of the Kingdom Hearts III Alba & Ater Chess Set below:

Additionally, the Chess Set has varying release dates and prices dependent on the region:

Do you intend on pre-ordering this impressive chess set despite its astounding price? Let us know in the comments below!