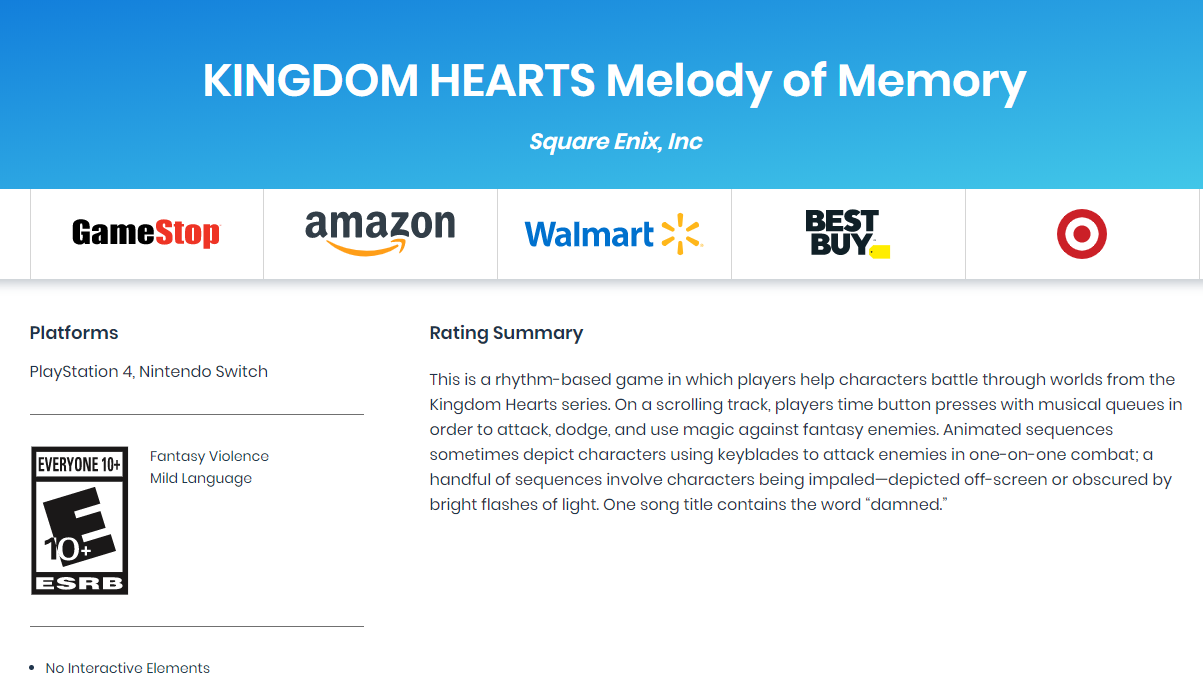 The ESRB description for Kingdom Hearts Melody of Memory has released on ESRB's website with a rating of E10+! You can view the description below. 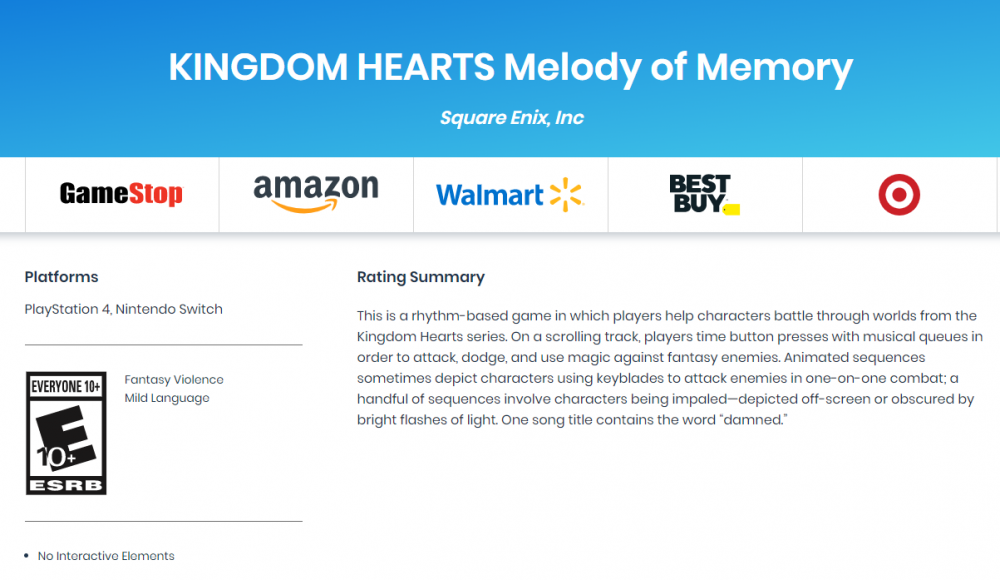 This is a rhythm-based game in which players help characters battle through worlds from the Kingdom Hearts series. On a scrolling track, players time button presses with musical queues in order to attack, dodge and use magic against fantasy enemies. Animated sequences sometimes depict characters using keyblades to attack enemies in one-on-one combat; a handful of sequences involve characters being impaled- depicted off-screen or obscured by bright flashes of light. One song title contains the word "damned."

What are your thoughts on the revealed rating? Slightly shocking or to be expected? Let us know your developed expectations for Kingdom Hearts Melody of Memories below!

UPDATE (7/12/2020): Kingdom Hearts Melody of Memory has now been rated by the Australian rating board! It has been rated with PG (Parental Guidance) in the 'Themes' and 'Violence' categories. 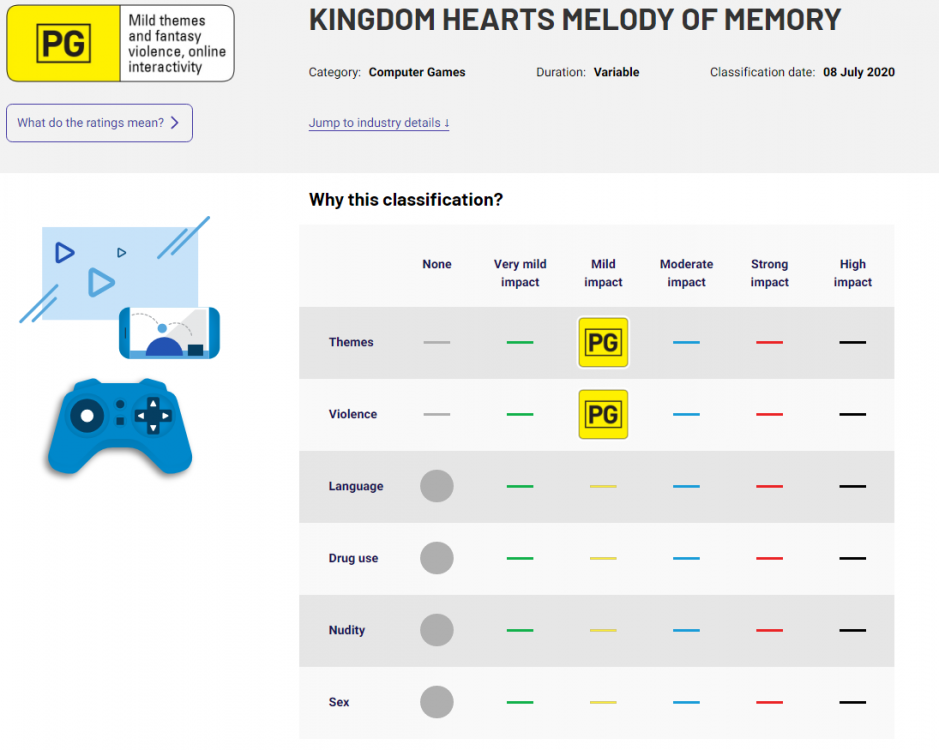