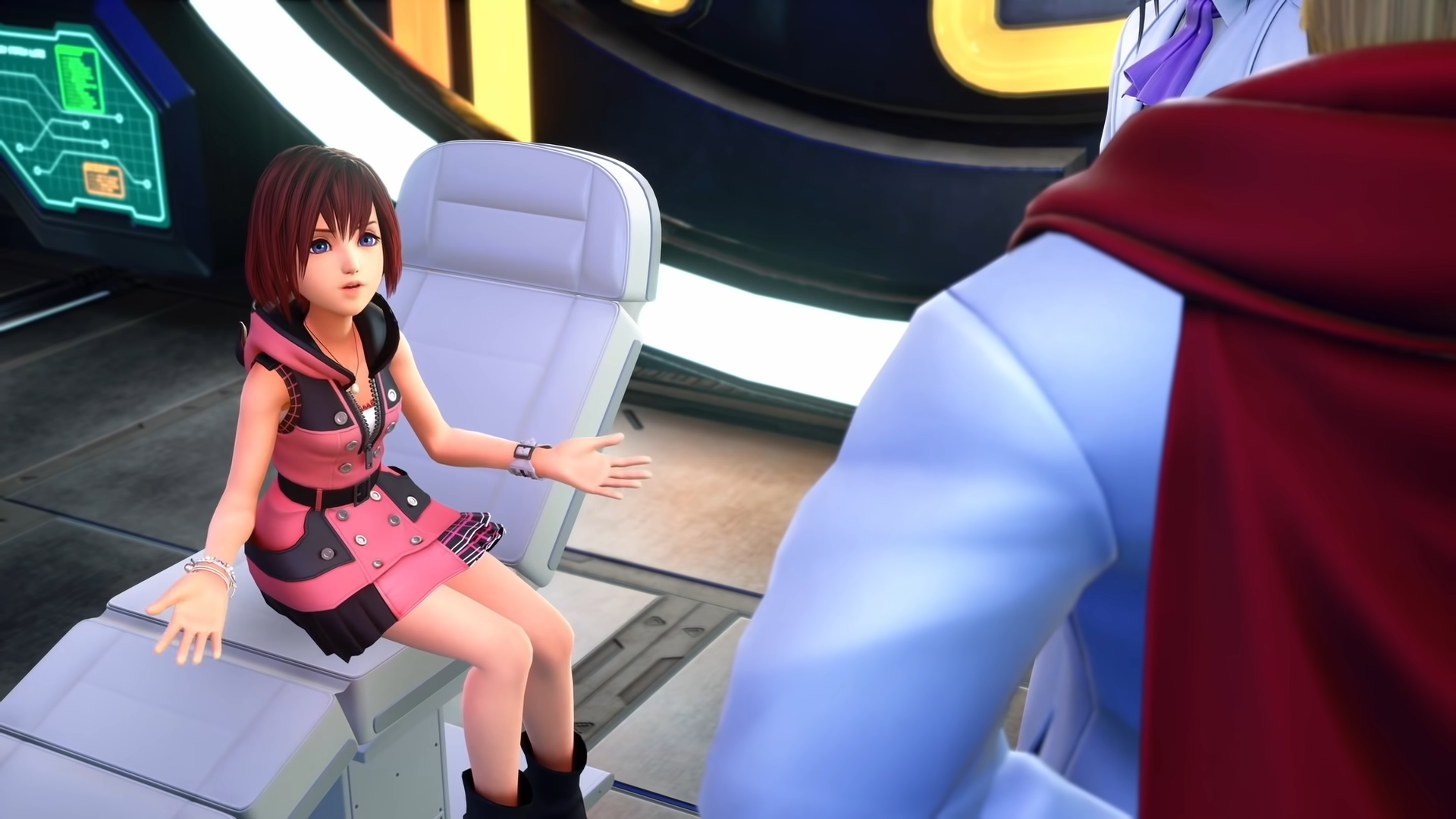 Huge thanks to KH13 community member, Epheymer, for providing translations of this interview!

The Unity engine has been used to develop the game. The team had experience using it, from having developed the Arcade-exclusive Theatrhythm Final Fantasy All-Star Carnival.

Masanbou Suzui explained a bit of the controls for the PS4 version:
L1/R1 and the Attack button to control the team members, the X button to jump with the option to slide if it is held. The Triangle button will use available abilities.

The Jump button is bound to the leader character and the L1/R1 buttons control the other two team members.
By pressing the Attack button of each character at the same time, it is possible to make them attack simultaneously.

Unlike the Theathrythm games, there will not really be any skills for each character. Instead, support abilities will be obtained through collectible cards, and of which, there will be around 800 to collect.

The tracks will have to be unlocked through the Story mode. (excluding the ones you synthesize)

It is impossible to choose the members of your team. The trios will be pre-made.

There will be 10 types of tricks in the multiplayer mode such as: HP Change, Trick Drain, Stealth Enemy, Phantom Enemy...
Those tricks can't be countered.

There will be no new worlds in Melody of Memory.

Lastly, Gamekult asked Nomura if he is already planning to release the game on next-gen systems, as the release date for Melody of Memory is close to the Playstation 5's and Xbox Series' release windows. "As for now," knowing the interview was made on August 26th, "we don't even have a development kit" Nomura says, prompting a laugh from Hazama.

What are your thoughts regarding these more concrete bits of information for the upcoming Kingdom Hearts Melody of Memory? Let us know in the comments below!