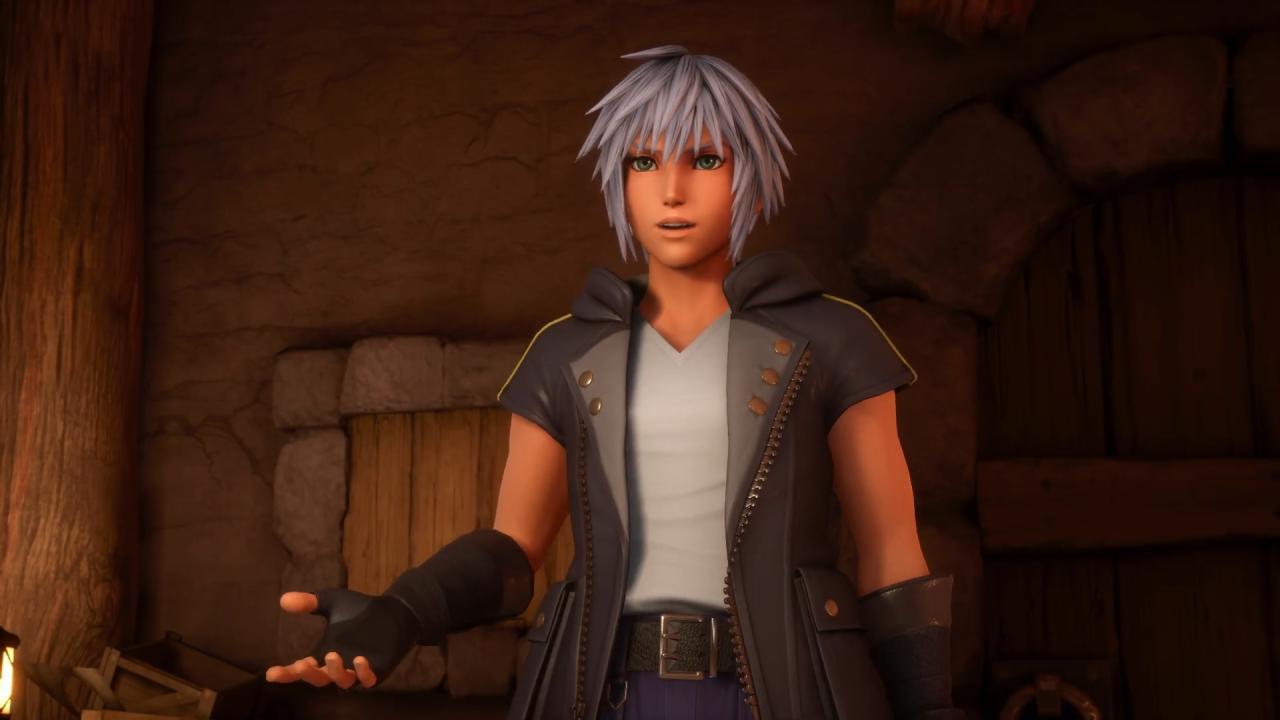 We have just completed our translations of the information relevant to Kingdom Hearts III; you can read it below! Translations are courtesy of KH13 Staff Ryuji.

Interviewer: So you came to the Orchestra and directly revealed some information! What made you do that?

Nomura: You see, it wasn't originally planned for me to come. I wanted to entrust the message to Irino, or even to Ichiro Ma [Hazama]. But since it was a sudden request, the preparations were insufficient. As I tried to write the explanation in the message, I realized it would be better if I came and told it all directly.

Interviewer: Up until then on the KH series, there weren't any modes like that. It looks like there was a ton of laughter coming from the audience.

Nomura: The December trailer will be showing new battle scenes and events that will be added to the series. What I introduced in the Orchestra will not be on this trailer.

[He then later explains that it's because he showed the new Photo Mode; he believed that if scenes from the Photo Mode were added to the trailer, people would be confused and unable to tell if certain scenes were real or not.]

Interviewer: It looks like the fans are hyped for such a mode.

Nomura: Indeed. (laughs) I got tons of requests such as: "I want to do this with this character!" followed by "and I want them both on that background!" and I explained that Photo Mode allows for a great variety of shots that you can take in-game.

Interviewer: People who play the KH series do tend to grin at such moments.

Nomura: Sadly, even with the addition of Photo Mode, we will be unable to increase the photo saving limit, due to data limitations.

Interviewer: So you should only save to storage the photos you truly like, huh? Moving on, about the Premium Menu's FAST PASS and BLACK CODE mode ...what made you want to create those?

Nomura: I originally wanted to make a mode harder than Critical, getting inspiration from Bushido Blade [a Square Enix title originally released in March 14, 1997] where there was a mode that you could adjust and enemies could one-hit-KO you. (laugh)

Interviewer: Huh. Bushido Blade. Man, that takes me back! (laughs)

Nomura: But...then I realized that would make a too impossible-to-clear mode. So I decided: "I'll make it so you can adjust it to your liking". That way, the player will be able to adjust the game to a comfortable and enjoyable difficulty for themselves.

Interviewer: So if someone's feeling really confident, they can set the difficulty so that enemies can one-shot them?

Nomura: That was the idea but...I've decided not to go too overboard. But I did make it so that you can't really set it to maximum without some great confidence in your skills.

Interviewer: Is it difficult to clear even for the development staff!?

Nomura: We're in the middle of debugging right now, and we're making tons of adjustments so that the game doesn't become impossible. I've seen some people struggle even on the Beginner difficulty. And that is why I introduced Fast Pass. Because then, a player can enjoy the story without worrying much about combat. Though, let me say...finding the perfect balance is difficult, as what is deemed "easy" for me may not be "easy" for others.

Nomura: You can. Though there are moments in the story where you are unable to access the menu.

Interviewer: So for example...if you're in Critical Mode, but you feel it's too hard, you can just access the Premium Menu and crank down the difficulty a bit?

Nomura: Correct. You can set it however you like.

Interviewer: Will the December trailer be the last trailer for ReMind?

Nomura: It will. As such, this trailer will feature layers and layers of explanation, and I'm pleased to announce that many fans will definitely enjoy the trailer.