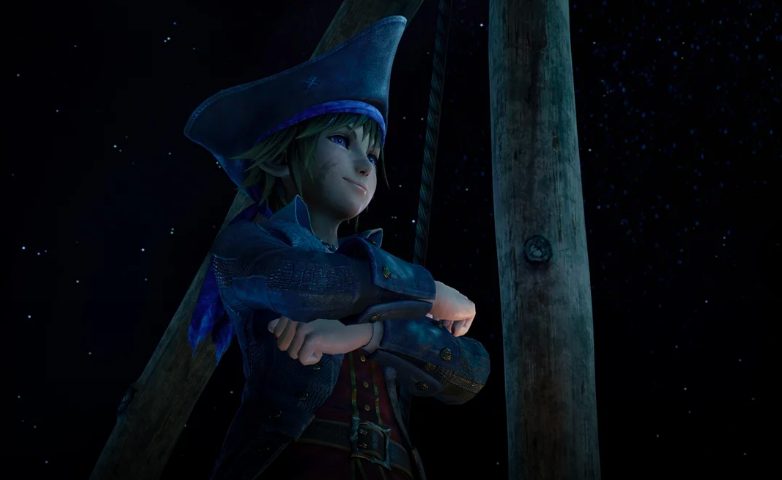 The worlds of Pirates of the Caribbean, Frozen, and Tangled were recently previewed by IGN as a hands-off demo by the Kingdom Hearts III co-director Tai Yasue. Jonathon Dornbush has published his impressions on the preview of these worlds, giving insight into new gameplay elements from the worlds. Below are some highlights from his review; they do not include any story-related spoilers.

Jonathon described The Caribbean (he calls it Port Royal in the article) as a "mini Assassin’s Creed IV: Black Flag" and "one of the most intriguing Kingdom Hearts levels yet" due to its impressive levels of exploration. He talks of the many explorable islands that provide an incredible treasure hunting experience, which extends to beneath the sea.

All means of travel - on air, water, land - and transitions in the world has been described as seamless. Underwater travel is also more agile than past games in the series, and in air, you can jump from one Heartless to the next freely.

Combat styles change from world to world. Goofy's special bombardier attack involves him being swallowed whole by a sandworm Heartless in this world, only to attack from within. Magic attacks such as Blizzard, Thunder, and Water behave differently underwater. The fish in the sea can be brought back to Remy in Scrooge McDuck's restaurant in Twilight Town.

Jonathon briefly described a boss battle in this world. You can read about it in the spoiler box below.

In the demo, Sora, Donald, and Goofy teamed with Marshmallow to battle a giant wolf-like creature that resembled Final Fantasy's Fenrir but covered in icicles. The enemy had a horde of small, ghostly wolf heads to assist it in battle from time to time. It could also transform into a "black sun", with Marshmallow in charge of preventing it.

Yasue said that the development team collaborated with the Frozen team to design enemies true to the style of the world. The Heartless in Arendelle, which behave differently in air and land, were described by Jonathon to have a similar scope of entertainment as boss battles.

Yasue showed one of the first sledding experiences in Arendelle, which branched off to numerous paths and offered many treasures. Jonathon commented that it felt a bit too lengthy.

Rapunzel's character and personality have been blended into the gameplay of this world. Scenes involving Rapunzel's wonder for the outside world can be triggered by, for instance, casting Aero on surrounding dandelions. Following Rapunzel as she wanders off by herself to a nearby lake will also trigger an interaction. Yasue said that activating these triggers are part of building up Rapunzel's trust in Sora.

Jonathon commented that Corona's fights become "a crazy ballet of oversized household items swiping through the air and Disney characters hurling themselves at baddies." Some enemies in this world had armor to break through first instead of HP, and others had human-like appearances, showing a great deal of variety to be expected in enemy design.

Did you enjoy our highlights? Then you will enjoy Jonathon's full review of these demos even more!