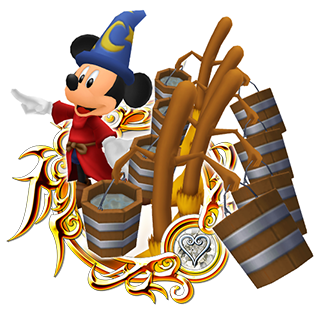 The interview can be viewed below, thanks to player Pigginatti:

on YouTube asks Kingdom Hearts Unchained χ Producer, Hironori Okayama, about Mickey & Brooms and directly confronts him with a joke "WANTED: Mickey & Brooms" sign. Okayama laughs and replies with a "Soon." View the funny moment in the video below:
Sign in to follow this
Followers 0
Go to articles KH13 · for Kingdom Hearts