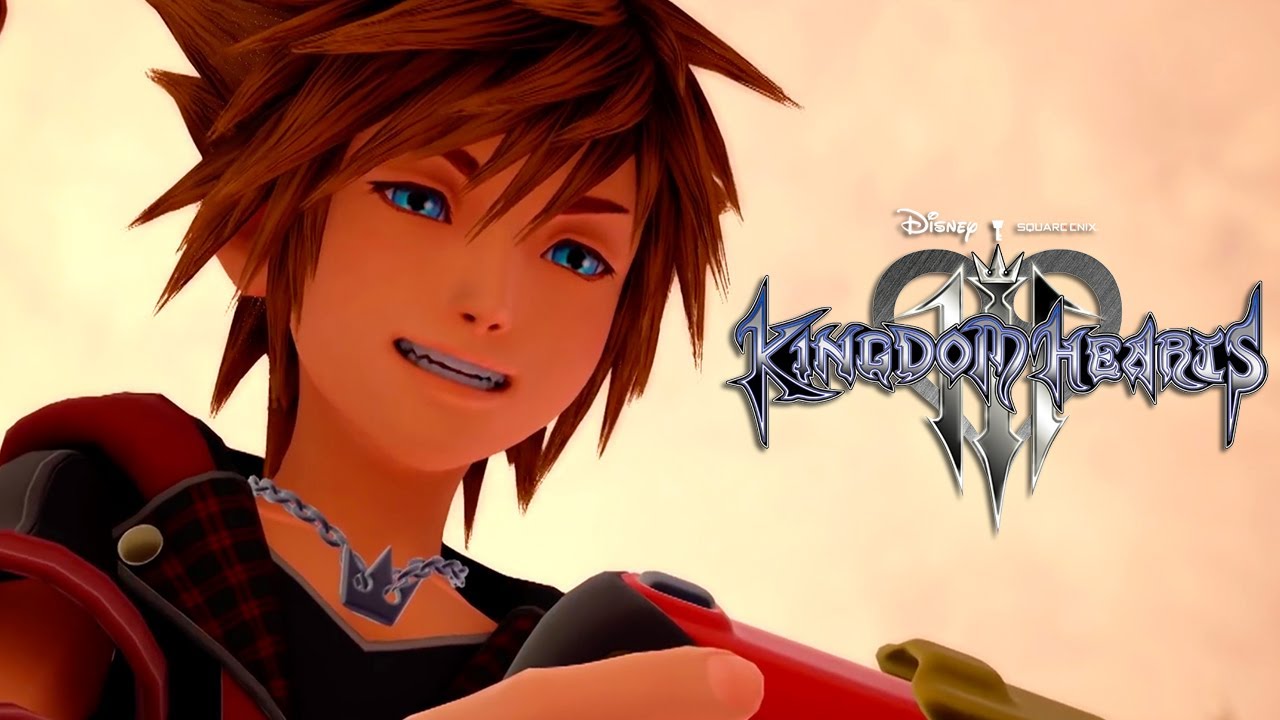 With a title like “Classic Kingdom,” the trailer expertly hooks viewers in with a poignant call to gamers’ nostalgia in the form of LCD inspired minigames created through the unreal engine!

But first, the graphics!

We start off with Sora and Co. in an updated Twilight Town surrounded by Haynes, Pence, and Olette in new outfits. This is the first time the Twilight trio have been seen in the unreal engine and they look fantastic. They're rocking a new style, involving plaid similarly to Riku’s new makeover, but they are still similar enough to be recognizable as Roxas’ easygoing pals from Kingdom Hearts II. Sora is in the middle of the group holding a device. In the next shot we see him and Donald and Goofy staring at a device he’s holding as well before we cut to the LCD goods (cue adorable soundtrack).

Next we are introduced to Sora, Mickey, and Minnie in 2D, moving in a way similar to Mr. Game-And-Watch. We are then treated to a montage sequence of four mini games.

First Sora and Mickey are introduced in the new gameplay style, traversing across unstable building beams being arranged by Pete to reach Minnie. Then the games start. Each one is based off a classic Disney cartoon with the same name. The first game is called “The Barnyard Battle.” It is a rhythm game in which Mickey and Sora shift from left to right, bopping cows falling to the sides of them. It works similar in the vein of Dance Dance Revolution (and looks just as punishing). The second game, “The Karnival Kid,” involves Sora working hard as a server, cooking hot dogs and piling up a specific dish upwards in the direction of a wanting customer (ranging from Goofy, Mickey, and beyond). Players will be able to tell the specifics of the order based on the speech bubble that shows up over the customer’s head. “Giantland” is the next game shown with Sora working to avoid a giant’s tantrum through various obstacles before swinging on chandeliers above him to reach Mickey. This was the only minigame shown previously at the D23 Event 2017 in Japan. It’s nice to see its return here. Lastly, “Musical Farmer” is the final minigame shown which has Sora shifting tubes and collecting eggs that birds drop down the tubes into baskets before delivering them to either Mickey or Minnie on the sidelines. The trailer ends with Sora smiling at the pseudo-Switch-looking device before turning excitedly towards his friends. It's a great detailed close-up that really highlights Sora’s eyes and facial features. The graphics continue to improve with each trailer giving fans much hope for the finished product.

But if you need a break from fighting heartless, these minigames should take you back to a simpler time. It serves as a nice reprieve and great addition to the various series of minigames in the Kingdom Hearts series along with the aesthetics of the Timeless River world in Kingdom Hearts II. No matter how much time passes, it looks like there will always be room for the classics and it's great to see Square Enix pull inspiration from early Disney cartoons once again! I’m looking forward to seeing what the others have in store.

As someone who was lucky enough to experience a few of these games at the event itself, I think they are a great addition. “Karnival Kid” really had me on my toes. Cooking isn't easy folks!

What were your favorite parts of this new trailer? Who thinks they’ll become addicted to these new minigames? And how do you feel about the Twilight trio’s new look?

If there are any details I missed please let me know in the comments below! I hope you enjoyed this analysis!

You can catch the charming trailer here. Don't forget to check on our live coverage of the event here for more details on some gameplay and other exciting info on Kingdom Hearts Union χ[Cross]!