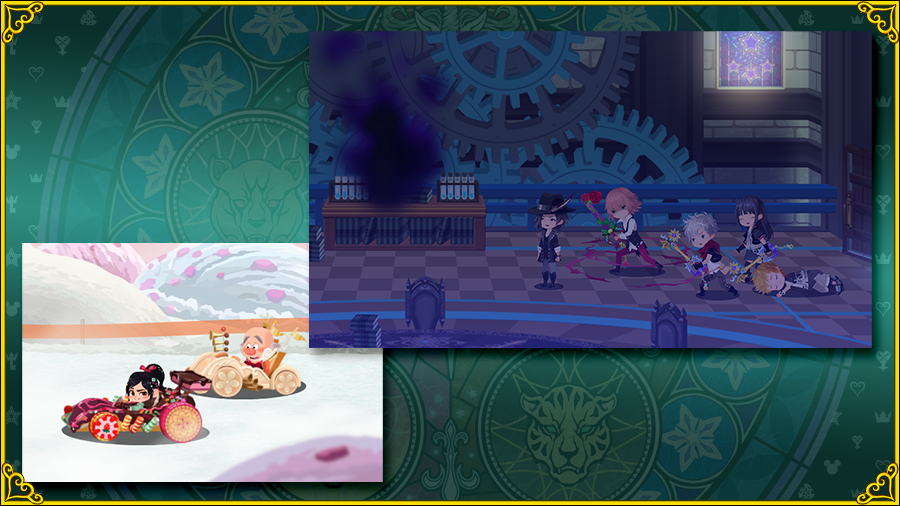 The official Japanese Kingdom Hearts Union χ[Cross] Twitter account has announced that there is a main scenario update scheduled for tomorrow at 15:00 JST! (1:00 AM EST/10:00 PM PT)

There will be developments in both Daybreak Town, and Sugar Rush the Wreck-it Ralph world!

What are your expectations for what will occur in this next update, steadily nearing the finale of Kingdom Hearts Union χ[Cross]? Let us know in the comments below!