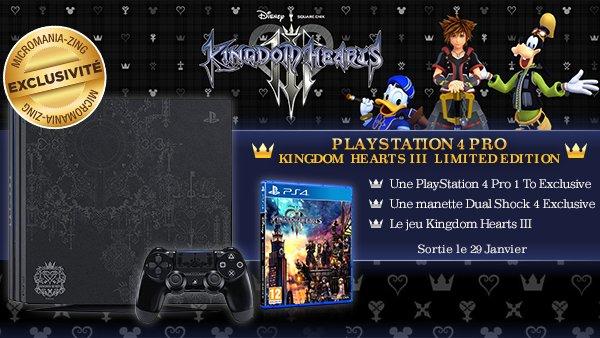 Micromania, a French retailer part of the GameStop brand, have announced that they are starting pre-orders for the Kingdom Hearts III Limited Edition PlayStation 4 Pro! In-store pre-orders will be available from tomorrow.

The console will come with the Deluxe Edition of the game according to the tweet below. Furthermore, there are many options to buy the bundle, including trading in a pre-owned console; the price for the PS4 Pro bundle starts at €219.99 and varies according to how it is purchased.