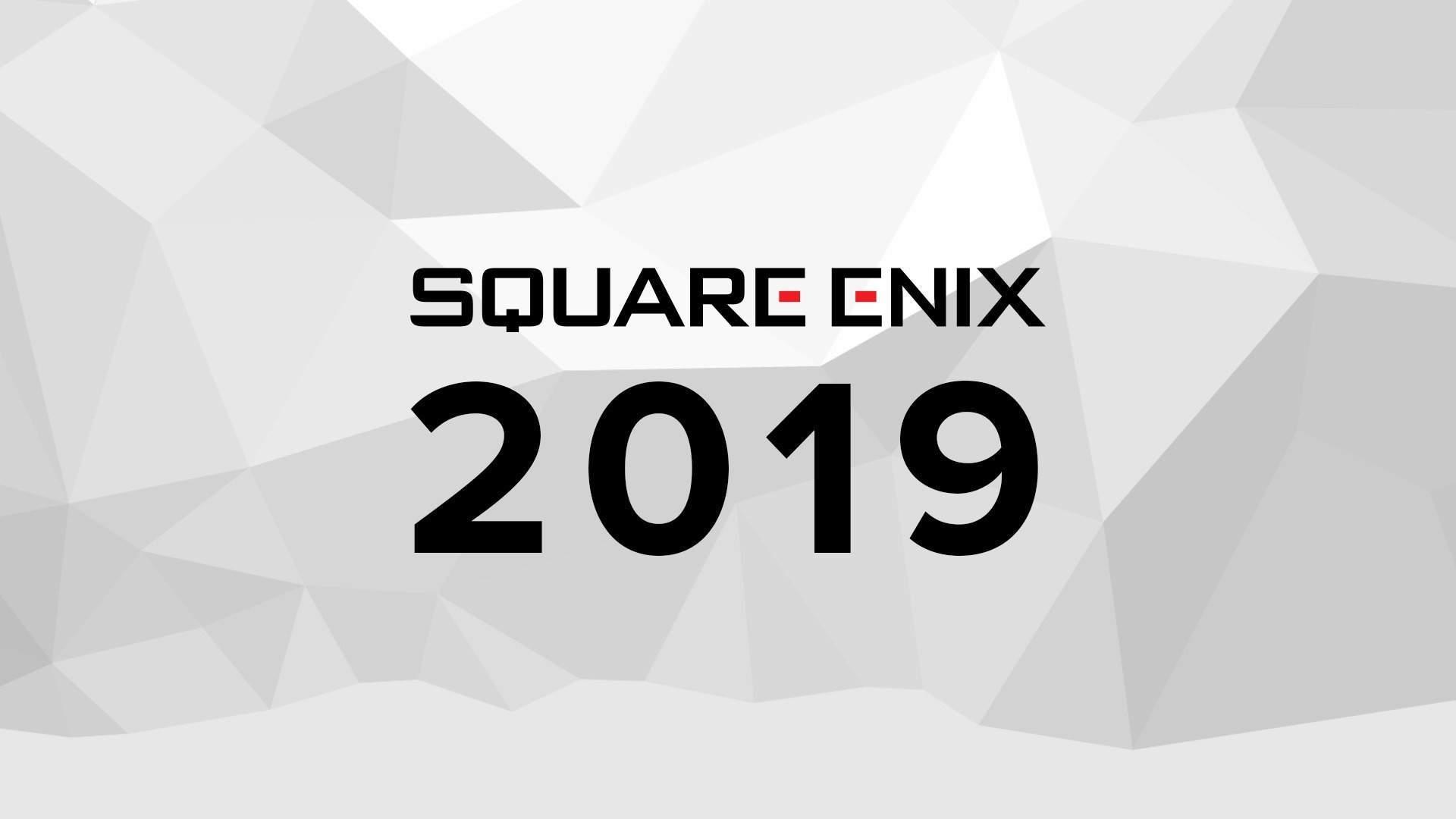 Square Enix's 2019 Financial Results report increase in digital entertainment sales thanks to new titles such as Kingdom Hearts III; plans to expand its sales via DLC

Square Enix have published their Financial Results statement for the fiscal year ending March 2019. According to this report, their net digital entertainment sales have amounted to ¥204,596 million* (6.9% more than the previous fiscal year) thanks to the release of new titles on home video game consoles, such as Kingdom Hearts III, Shadow of the Tomb Raider, and Just Cause 4. However, profits have decreased due to the various expenses incurred in producing new games. Overall, Square Enix's operating income on digital entertainment this year was ¥29,062 million* (33.1% less than the previous year). 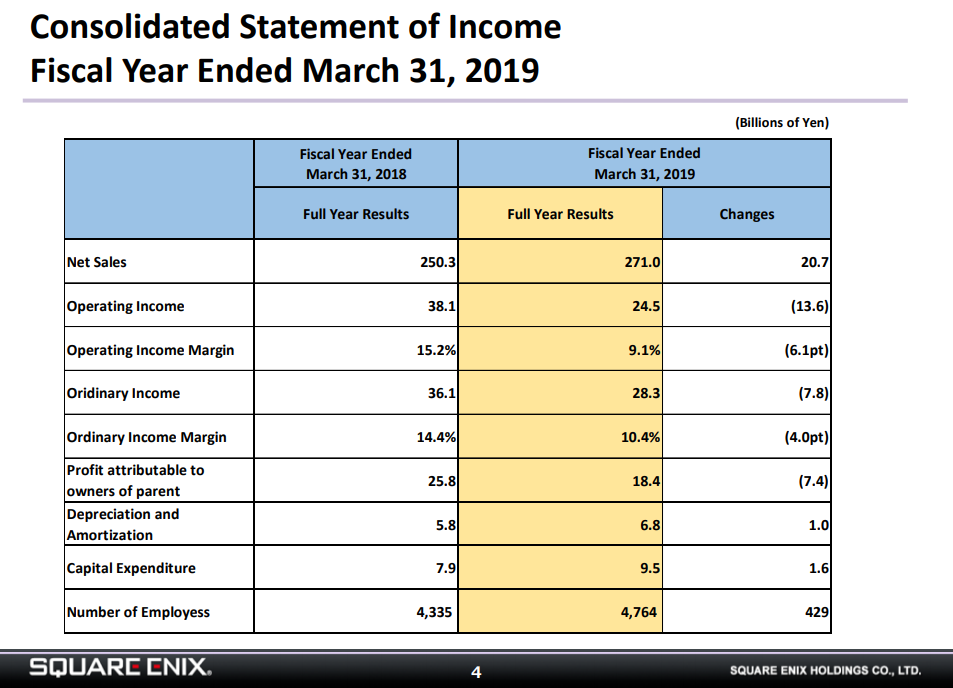 The statement also summarised the developments in sales and profits made on other categories of video game titles. The sales of many titles for smart devices and PC, released in the first half of this fiscal year and in the prior fiscal year, fell below expectations and failed to generate additional revenue on top of that from existing games. The net sales and operating income also decreased this year due to the decrease in licensing revenue. Net sales and operating income from online multiplayer games also decreased, but recurring subscription revenue remained
brisk.

Based on these results, the year-end dividend forecast for the fiscal year ending March 31, 2019, has been reduced from 43 yen to 37 yen.

UPDATE [May 13, 2019]: One of the strategies proposed at the briefing session to achieve mid-term goals to expand recurring income included maximizing earnings by deepening user engagement with offering various contents of major existing IP. Reporter Takashi Mochizuki reports that Kingdom Hearts III has sold high numbers, and that Square Enix is aiming to expand its sales via DLC.

More figures and information can be found here.

*Please note that these figures have been rounded to the nearest 1 million yen.