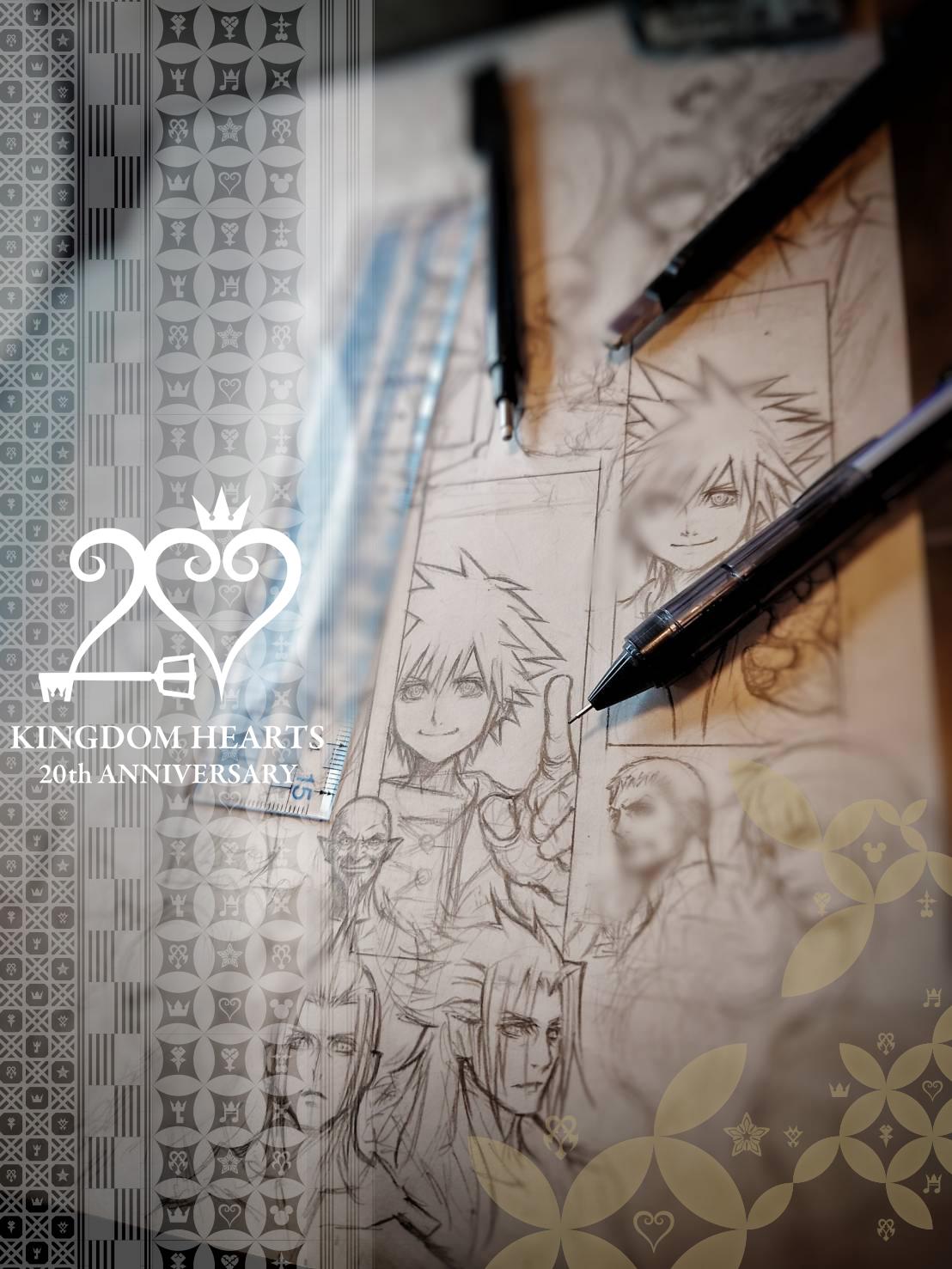 [UPDATE] Tetsuya Nomura states that anniversary artwork is not ready yet; aiming to be completed by the anniversary event

The official Japan Kingdom Hearts Twitter account has shared an update from series director Tetsuya Nomura, stating that he does not have a celebratory piece of artwork ready just yet, as he began illustrating yesterday. However, he hopes to finish the art in time for the anniversary event on April 10th.

Additionally, this tweet houses a teaser for what to expect from the full illustration!

You can view the official teaser image via our gallery below:

A translation of Nomura's message has been provided by our team's Ryuji, viewable below:

"Thank you for your messages celebrating the 20th Anniversary. Sorry I’ve not been able to prepare anything special as we’re busy with the upcoming anniversary event. I started the illustration for it, I’m nervous about whether it’ll be done in time." - Tetsuya Nomura