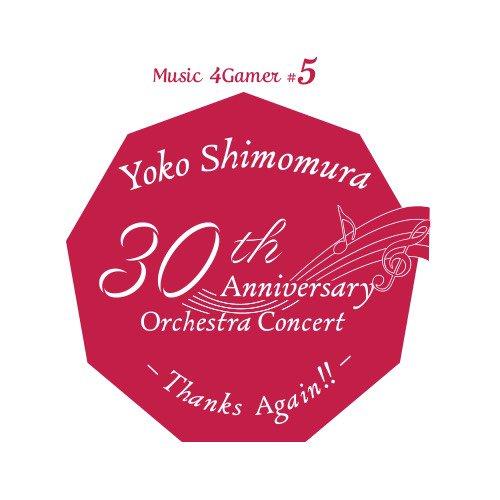 While the set list will be announced at a later date, Yoko Shimomura 30th Anniversary Orchestra Concert -Thanks Again!!- will feature well known musical pieces Shimomura has composed throughout her career, performed by the Tokyo Symphony Orchestra and Tokyo Chorus. There will be an afternoon performance, held at 2:00 PM JST, and an evening performance held at 6:00 PM JST, with some songs differing between the two performances.Additionally, Yoko Shimomura will be appearing as a guest MC.

Tickets can be reserved via a lottery system here starting  August 7. The prices are as follows:

In addition to the Kingdom Hearts series, Yoko Shimomura has lent her talents to Street Fighter II, Parasite Eve, Final Fantasy XV, and more. Which Kingdom Hearts tracks would you like to make an appearance at this concert? Let us know in the comments below!