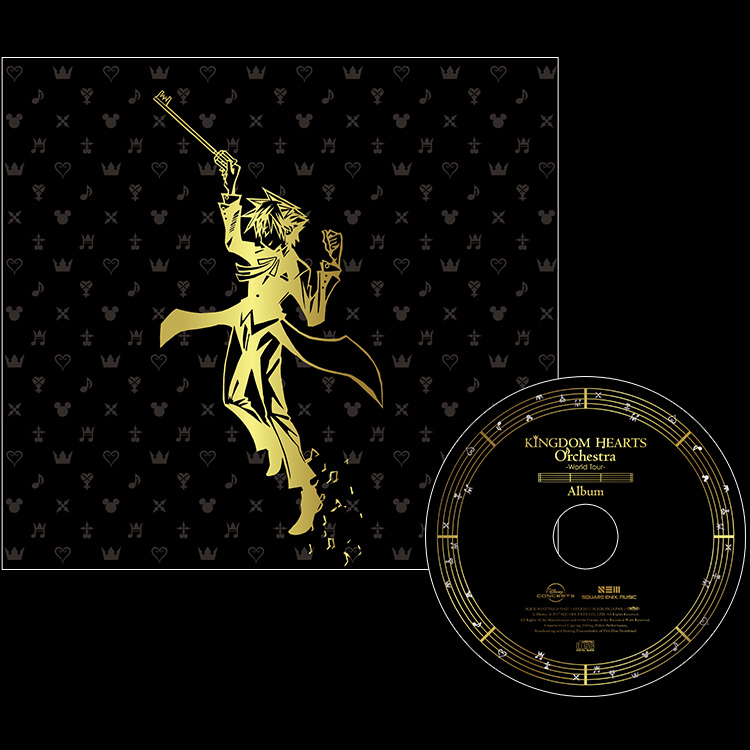 Today is March 24th 2017, meaning the Kingdom Hearts Orchestra - World Tour - is taking place in the Central Hall Westminster in London! Welcome to KH13's coverage for the concert, which will include music from all titles throughout the series, and will serve as a 15th anniversary celebration since the first game, Kingdom Hearts, was released.

Some of the KH13 team members (including Andrew Hankinson and Fàtima Kàiyum) will be attending; they have planned a KH13 meet-up in London for you to come visit and/or attend the concert with us! We'll be collecting fan messages in a special "Thank You" booklet for Yoko Shimomura, as well as distributing exclusive KH13 stickers! You can RSVP to the event and get updates on our #KH13MeetUp on our Facebook event page.

There were quite a few reveals for the concerts in Japan and Paris, such as Union χ[Cross]'s reveal and the exclusive canon backstory from Kingdom Hearts III with Kairi and Xion's Japanese voice actress, Risa Uchida, and Aqua's Japanese voice actress, Megumi Toyoguchi. Tetsuya Nomura also stated that there is a possibility for new information regarding Kingdom Hearts III to be displayed at one of the concerts taking place this year.

(March 23, 2017 - 10:30 AM GMT) Series composer Yoko Shimomura has already arrived in London and has posted a picture of the orchestra rehearsing for the concert!

(March 24, 2017 - 2:45 PM GMT) The Kingdom Hearts Orchestra - World Tour - in London will still occur as scheduled, though additional security will be enforced around the area.

(March 24, 2017 - 6:01 PM GMT) The KH13 Meet-up has begun. Andrew Hankinson and Aquaberry have arrived and have taken a group photo with everyone there!

(March 24, 2017 - 7:10 PM GMT) The doors are opening. Andrew and Aquaberry are heading in to take their seats for the performance.

(March 24, 2017 - 8:30 PM GMT) The concert was delayed due to extra security in Westminster. The concert will begin shortly.

(March 24, 2017 - 9:50 PM GMT) The first half of the concert is over! The songs played were Hikari, Dearly Beloved (KH2 ver.), Destati, Organization XIII, Twinkle Twinkle Holidays, World of KINGDOM HEARTS, and Threats of the Land.

(March 24, 2017 - 9:54 PM GMT) Harry Milner (@SkyminHAZBOZ) shared his experiences leading up to the intermission, including text from Andrew's booklet!

(March 24, 2017 - 10:20 PM GMT) During the performance of many of the concert's songs, fans were treated to Japanese recordings of several characters' voices, including Xion, Kairi, and Aqua!

(March 24, 2017 - 11:00 PM GMT) The second half of the concert is over! The songs played were Heroes and Heroines, Lazy Afternoons/At Dusk I'll Think of You, Vector to the Heavens, Wave of Darkness, Daybreak Town -The Heart of χ-, The Other Promise, Let Darkness Assemble, and Passion. At the end of the concert, Yoko Shimomura went on stage and played piano for the final piece, Fantasia alla Marcia!

(March 25, 2017 - 1:44 AM GMT) The event is over. Thanks to Aquaberry and Andrew Hankinson for helping put together the Meet Up and thanks to the people the showed up to help sign Yoko's card! Wishing another amazing experience to everyone attending tomorrow's concert!