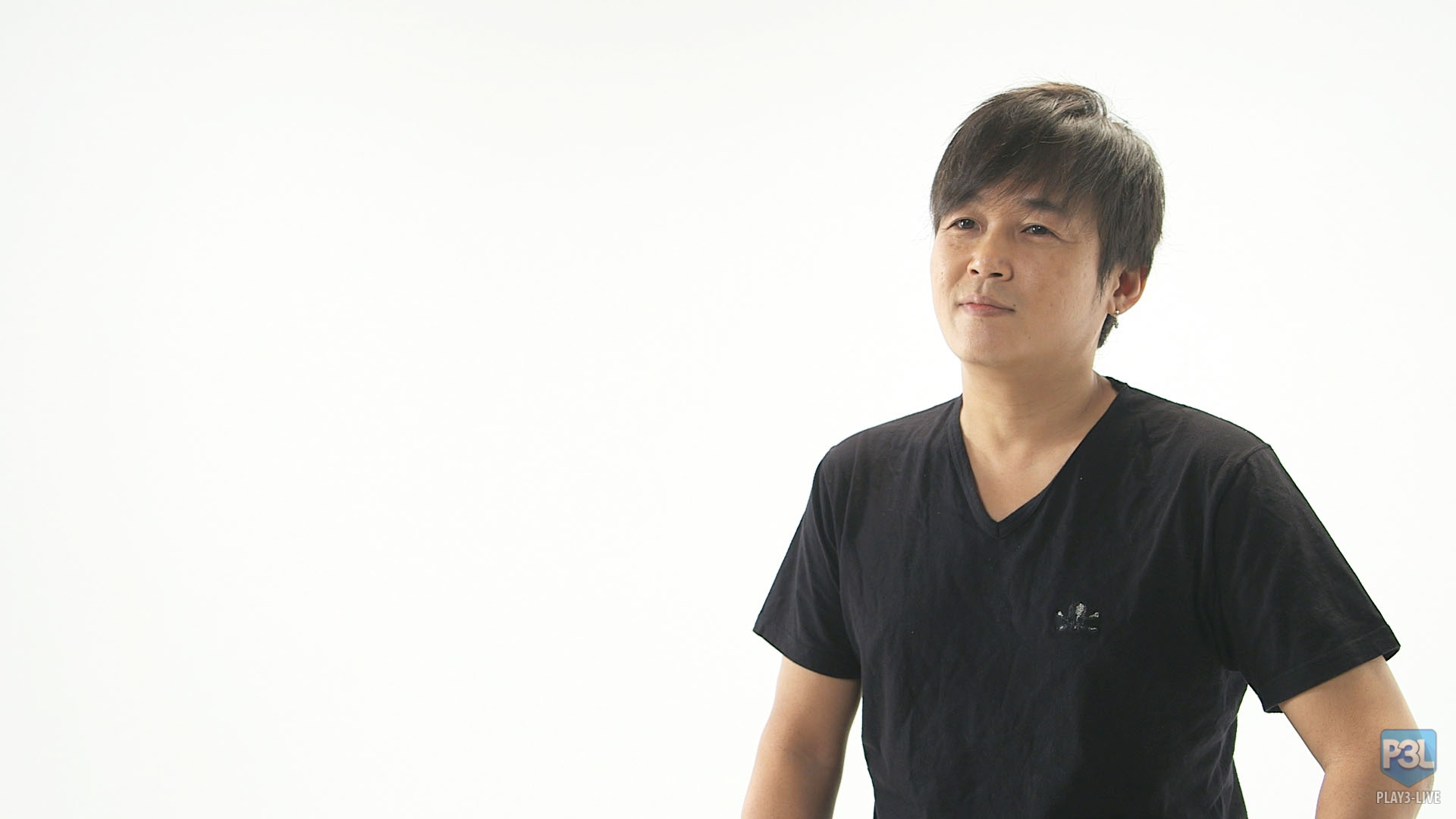 Prior to the Kingdom Hearts HD 2.5 ReMIX launch event for North America, Square Enix kindly offered for Kingdom Hearts fansites to interview the director of the Kingdom Hearts series, Tetsuya Nomura. Churro attended the event on behalf of KHUltimania and KH13, and was given the chance to ask Nomura questions about HD 2.5 ReMIX in a group interview with KHInsider. With a big thanks to Square Enix for the opportunity, Churro for making it all the way to the event and asking questions, and to KHI for writing up the transcript, here is our group interview:

---To start things off, how are you today, Nomura-san?

Nomura: I'm doing fine, thank you. Looking forward to being here. Actually my flight was delayed for 2.5 hours but I didn't realize it until later because I had fallen asleep (laughs).

---How did it feel to revisit these titles again?

Nomura: It felt the same as it did throughout the series, as our focus was to make the game more accessible to newer players. That was our stance throughout the project, and it has not changed.

---How big was the development team for Kingdom Hearts HD 2.5 Remix?

Nomura: It was the same as 1.5. We has a designated team of programmers specifically working on the remasters and a same art team that's been working on the series.

---One of the two new scenes in Re:coded features a conversation Xigbar has with Young Master Xehanort before the events of KH3D. In this scene, it appears that not even his younger self is entirely on board with Master Xehanort's plans, as if his status as a confident participant is uncertain. Could you tell us about his position at this current point in time and what we may look forward to in the future with him?

Nomura: As you know, Xehanort loses his memory at the end of KH3D. However, he has something like a beacon inside him that guides him unconsciously. It's a feeling in his heart that he doesn't quite understand but follows regardless. In that regard, you could say he really is just walking the path laid out for him.

---Many of our fans are excited to see the Birth by Sleep Final Mix secret ending, which mentions Birth by Sleep Volume 2. What were your thoughts behind including this?

Nomura: I suppose you could say that the ideas are "floating". See, Birth by Sleep Volume 2 was never meant to be the second chapter of Birth by Sleep. Rather, it was intended to be a separate piece. The ideas are still there, but they are not currently being pursued. Perhaps in the future we will have the opportunity to touch back upon this subject.

---What was the process in choosing which scenes from Re:coded to remake?

Nomura: I'd go over the entire script first. Of course the scenes that were already animated would automatically be included, but we'd tweak them in such a way that "adds flavor". That is, make them more interesting for players to experience and more suitable for cinematic theater as we can't rely on gameplay. We also focused on taking the scenes that focused purely on the Kingdom Hearts original content, and enhanced them further because they are so crucial to the story. In order to select from the Disney worlds, we focused on balancing the important scenes with the charm that these characters and locales inherently bring.

You can read it below with a big thanks to Churro, and to KHI for the transcript.

A comment was previously made that a remaster for this title would be under consideration, but has that changed now that 2.5 has been released?

Nomura: On one hand, technological tests have proven that we are capable of making an HD version of the game, but on the other hand, I also feel that it may not be as appealing (compared to Kingdom Hearts HD 1.5 ReMIX and Kingdom Hearts HD 2.5 ReMIX) if we release Kingdom Hearts 3D [Dream Drop Distance] on its own. We are still trying to determine what would be the best course of action.

Nomura: It will be revealed eventually, so please look forward to it.

Nomura: In Kingdom Hearts, the characters are lip-synched, so if we do a proper dual-language option, there will be twice the amount of data for cutscenes and sound. Because of that, it might be tough to make happen due to limitations on capacity.

---What was the inspiration of creating a villain like Master Xehanort?

Nomura: I wanted this character to be not like a monster, but more like a master of martial arts who has trimmed away anything unnecessary. A being that would represent darkness, and a sense of terror exuding from his silent demeanor. One who wants to negate Sora -- that is the root of my inspiration.

Nomura: I’d like players to see for themselves by playing through the game.