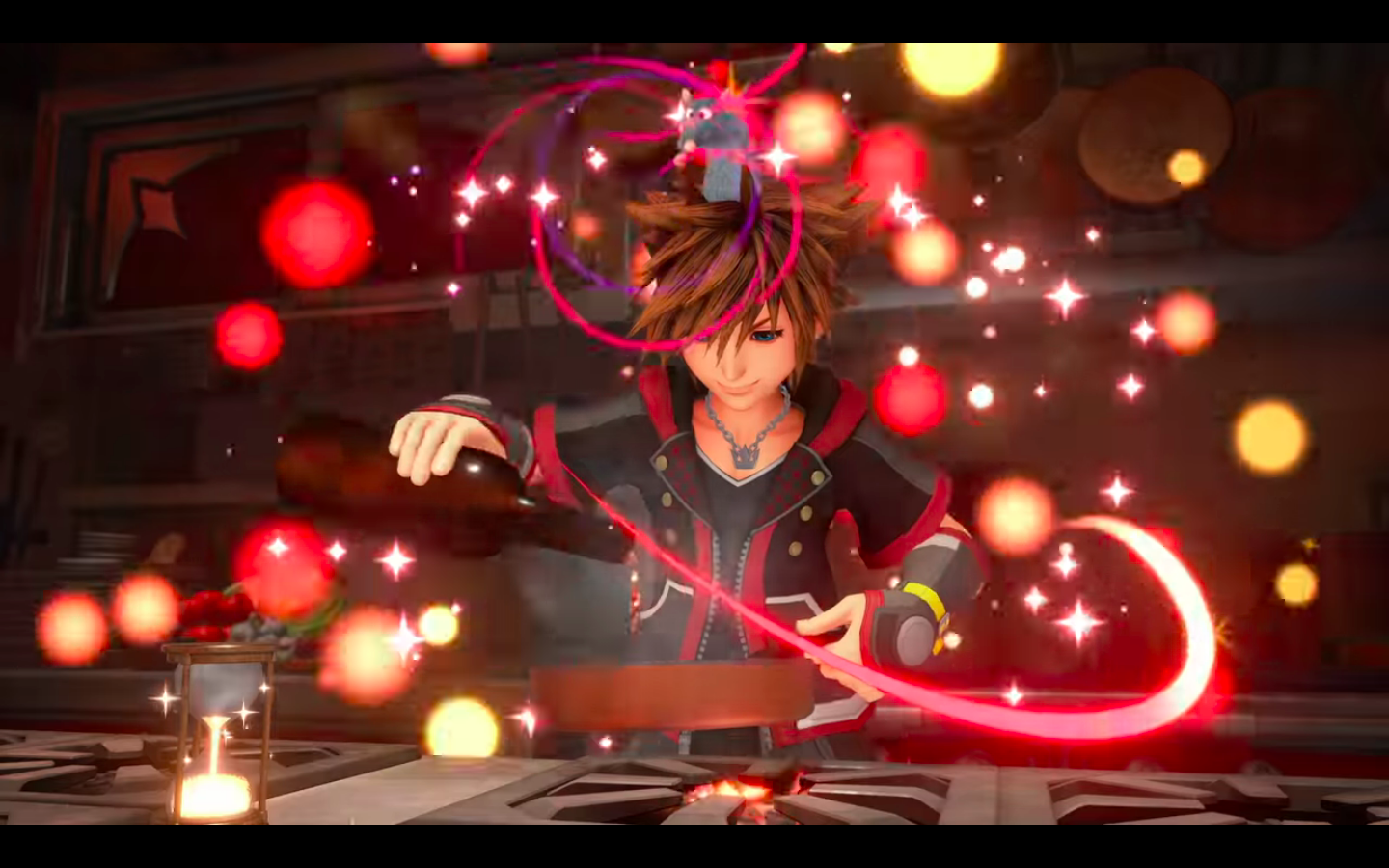 The new Kingdom Hearts III E3 Showcase 2018 trailer was filled with amazing surprises for expectant fans, and one of these was the appearence of Remy from Disney Pixar's Ratatouille!

In the trailer, Remy was shown to be on Sora's head, helping him cook with his classic tugging of hair method. This brief scene featured Sora and Remy in a kitchen; it is not clear whether this was a new world inspired by Rataouille's Paris, or a summon sequence.

UPDATE [Jun 11, 2018]: Tasha Sounart, Associate Creative Director at Pixar and Kingdom Hearts III Pixar Consultant, has confirmed on Twitter that the Ratatouille scene shown in the trailer part of a cooking mini-game. Famitsu has also confirmed this.

UPDATE [Jun 13, 2018]: Tetsuya Nomura was recently interviewed by Game Informer about Kingdom Hearts III, with Ratatouille's role in the game being one of the subjects that was discussed.

Nomura gave some clarification about Ratatouille, stating that it's a "mini-game". The objective is to find ingredients hidden throughout the game and bring them back to Remy to make a full-cooked meal. If the player succeeds, they will receive a temporary status upgrade; otherwise, nothing happens. You can read about and watch the trailer here!