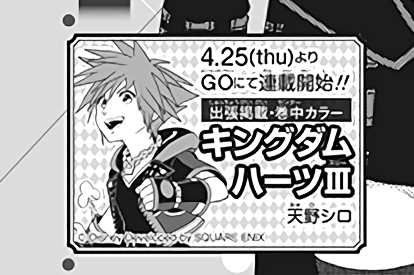 UPDATE [Apr 23, 2019]: The first few pages will be in color. The manga will be serialized in the Monthly Shonen Gangan magazine as well as appearing on Gangan Online.

Thanks to KH13 Staff @sololonlon for translations!

You can see images from the announcement and Gangan Online archives below.