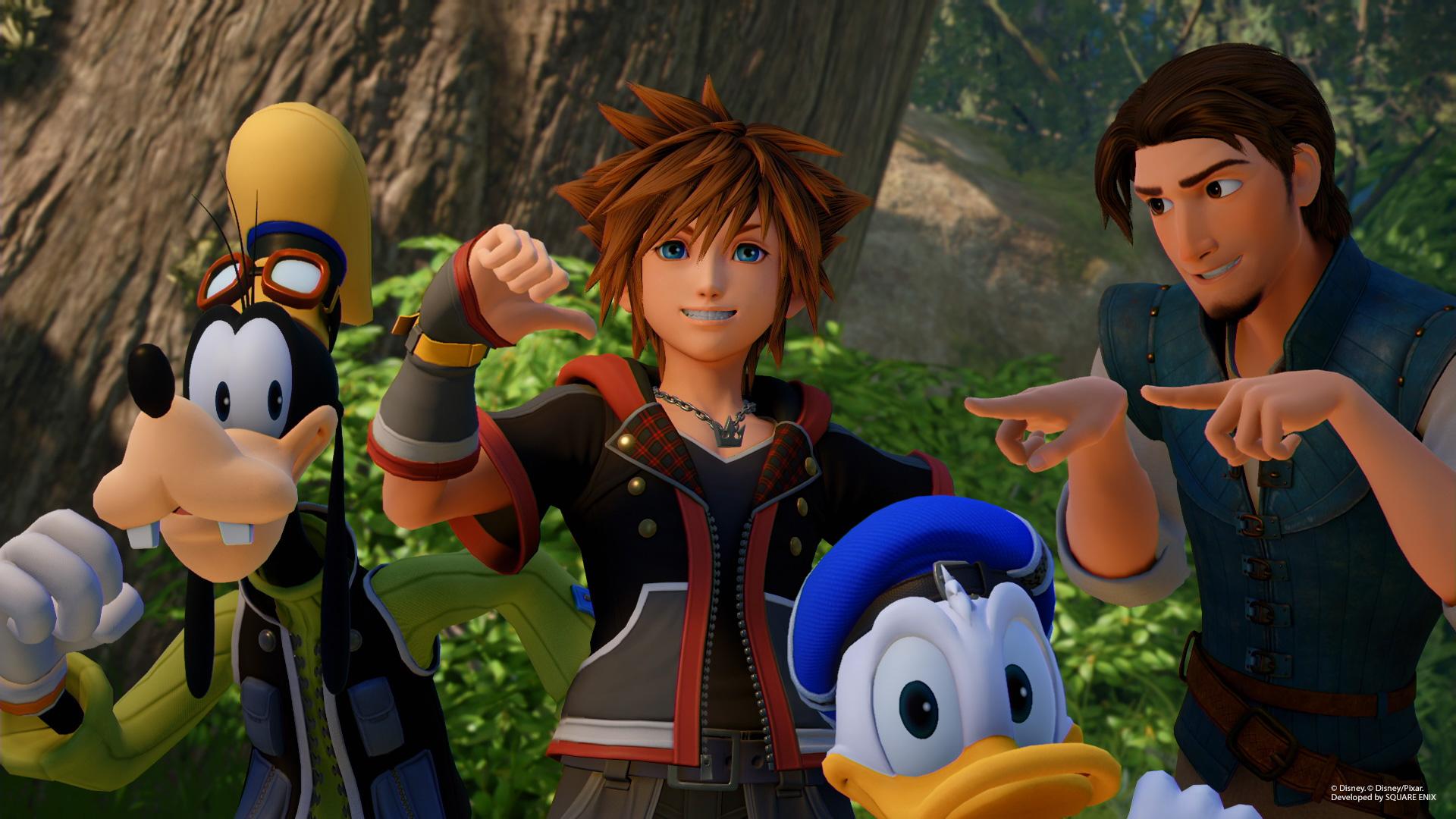 USGamer.net's Caty McCarthy recently interviewed Haley Joel Osment about his time voicing Sora over the past 17 years and how it has left a lasting impact on his acting career. You can check out excerpts from the interview below.

"It is unique in that way. I get that sometimes in live-action projects people get to play a character over a large number of years, but with this, you know, the fact that it's animated. I mean, first off there's technical considerations because for particularly early on Sora didn't age very much. I think he's a little bit older now [in Kingdom Hearts III] than he was in Kingdom Hearts [I and II]. But early on, you know, I started this when I was 12, and my voice had started to change and everything. So learning how to manipulate that and keep the voice sounding young while still preserving the range of emotions that Sora had; that was a unique challenge."

-Transitioning from movies to Kingdom Hearts

"With the first one, I think I started that right after I finished shooting A.I. with Steven Spielberg, so that was definitely a big pivotal moment in my life. I had started 7th grade, I think. That's a big transitional period for me, and then for Kingdom Hearts II, that was like my junior and senior year of high school, you know, which is sort of the end of adolescence and everything. So there have always been kind of big life transitions behind the major chapters and in the Kingdom Hearts story."

"I remember when we went in to start Kingdom Hearts II, the producers had a big, like, poster board showing the plot flow and everything, because you know there's different dimensions and time travel and all that stuff. So it was fun carrying a character forward like that through all those changes and everything."

-About the plot and recording lines

"I definitely feel the need to refresh myself, especially because so many years go by between installments and everything, and I don't play video games as much as I did when I was a teenager. I wish I could, but they're too, they're too much fun now, and it requires a lot of hours of your time. [laughs] I think because the way we record, sometimes not everything has been revealed to us. There are things that are secret and we, you know, with anything you're recording things out of order. So we piece it together as we go along, but the directors that are always there with me leading the vocal sessions are really excellent and we always know at least in every scene what the beats are, what the emotions are, and what's come before there. And we're always on the phone simultaneously with Japan so that the entire creative team is advising us on decisions and everything."

"There's almost an entire day that's devoted to just the fight sounds and everything. That's a little bit more streamlined now. But the first time we did that, back in like 2002, that was like the culminating session for that and they had all the producers and [director Tetsuya] Nomura-san was there. And that was a pretty memorable session, the first time I was like doing this action thing in the studio. We're lucky because we have footage from the game playing in front of me, and it's so expressive and the acting is specific. And there's so much. It feels like dozens, if not hundreds of different sounds for each of the things that you have to hit. But I've been an action movie and video game fan for most of my life so it's the 9-year-old in you. It's not difficult for that to come out when it's time to fill in those actions sounds."

-Looking back and towards the future

"It was heavy. I mean with some of the directors and producers, we've been working together for almost 20 years now. So it's, it's sad to finish it now but I think with this series there's definitely always the hope that there will be something else. And, you know, it's just such a giant world. I'm hoping this isn't the last time that I get to have a go around with Sora."

You can check out the entire interview here.

What do you think of this interview? Let us know in the comments below!