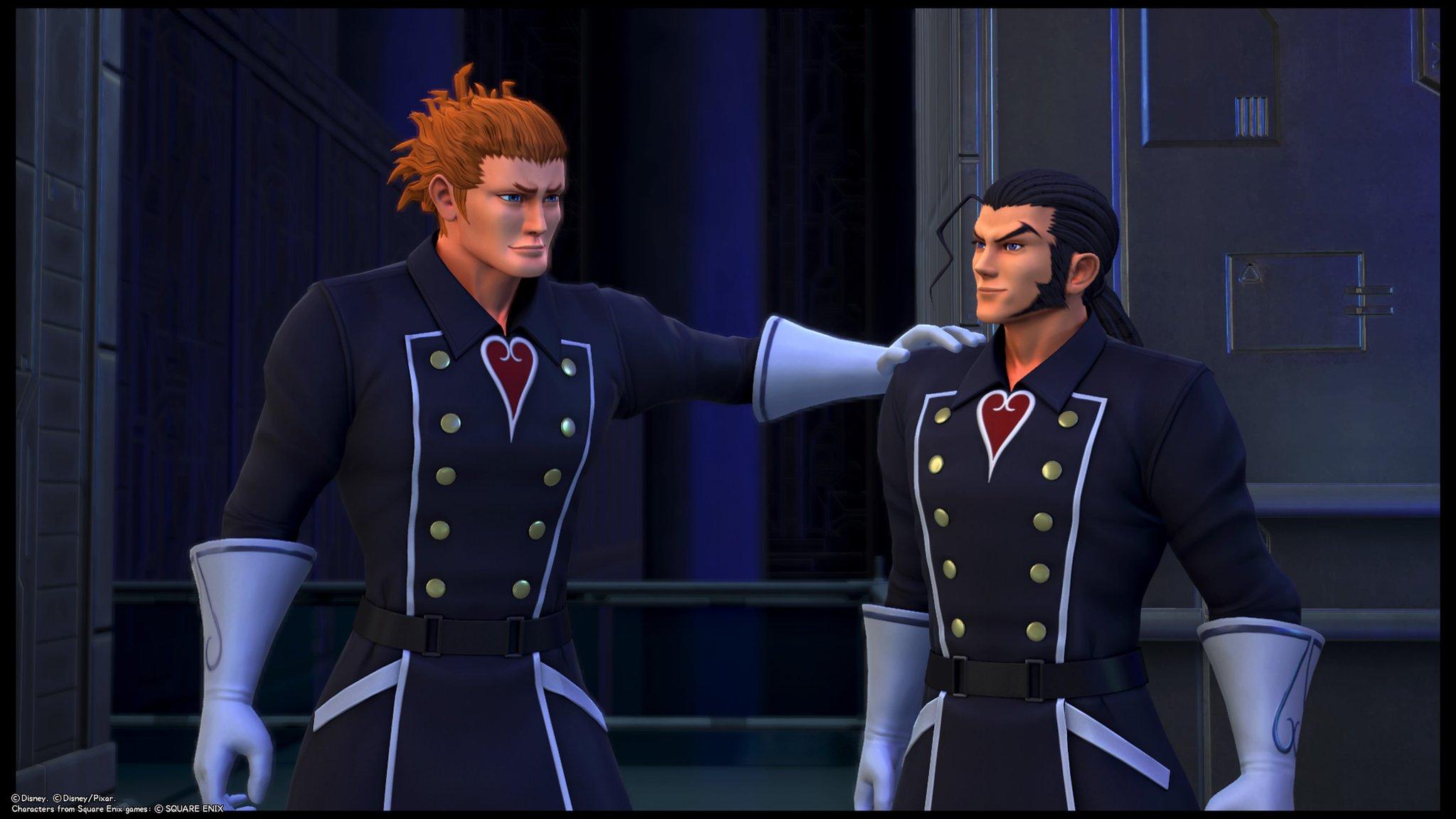 The translations for Aeleus' story "Cultivating Darkness" and Dilan's story "Blooming Rose" can be viewed below!

I still have a vague awareness of somewhere.

I don’t understand it, but after I was defeated at Castle Oblivion, I lingered somewhere. I had intended to control the darkness, but I think I was the one controlled. I conceded defeat after I fought with Riku and I was extinguished. Perhaps, even more than wanting my heart, I was allured by the darkness?

Unlike Even and Dilan who were still unstable, after I awoke, I was fully conscious and had time to think clearly. And I keep thinking about it even now, although it’s still hazy.

What was that darkness? I feel like I still want the power that Riku had for myself. I had intended to take control of it, but instead I was defeated and erased.

In the end, Riku used the darkness I urged him to command, so he did not fall into our grasp. If I’d had that strength for myself, maybe none of this would have happened.

This world is beautiful and tranquil. It is this world that I wished for. But there may have been tranquility in the darkness, too.

Even now, I am seized by these thoughts. Perhaps I am not qualified to be an apprentice.

People love this garden, where water, the source of all life, springs forth, and fragrant flowers bloom all over. Tending to those flowers was part of our daily routine as guards. Gazing at the flowers, I remember the red rose I tried to take during my time as a Nobody. That rose was a symbol of love, but it was also cursed. After all, love is but a curse. At the time, I thought its power was trivial.

Someone once asked me about love. This was before the rose. That rose was cursed, and thus so too was the beast. And at the time, so was I, in a way, and I suspect that is why I was extinguished. Thoughts of Kingdom Hearts kept my heart lingering in a purgatory, until it finally moved on to erasure. In short, a curse. And thus are strong, overbearing feelings like love also a curse.

A fragrant flower in my boorish hands. By nature, these hands know only the weight of a lance. But a flower is blooming in them all the same. I will not put it in a glass case; this flower will bloom right where it is.

Why didn’t we choose to leave things as they were? All I can do now is regret having gone too far.