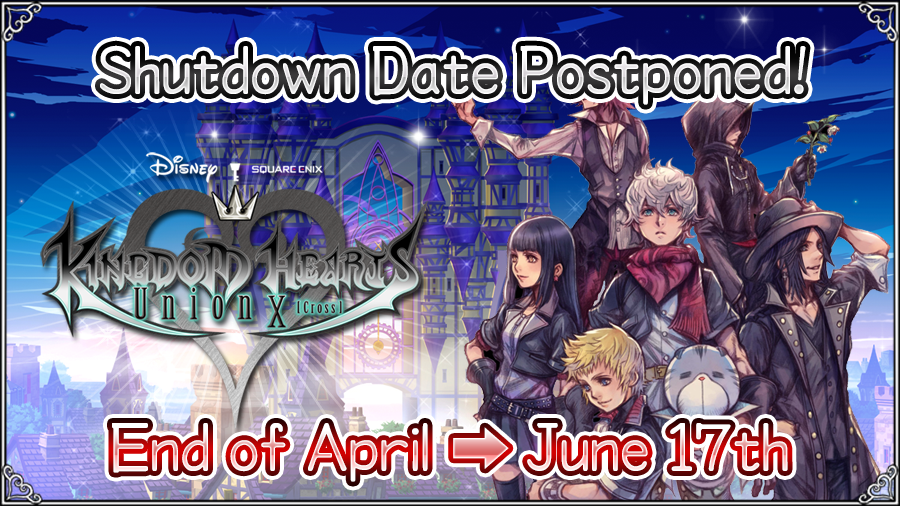 Yep. You didn't misread this title. Just recently, the Japanese twitter of KHUX just posted a tweet revealing that not only is the game shut down date postponed past its end of April initial date, but also that the finale of KHUX will be divided into two parts.

And here's the translated notice, courtesy of Roboloid:

Despite all this, it seems no new events are in the works, as raid battles and PvP also got extended, as they'll end on May 28th, and May 29th, respectively.

It is unknown yet when will those new story chapters come. All that was said is that they'll be "disclosed at a later date".