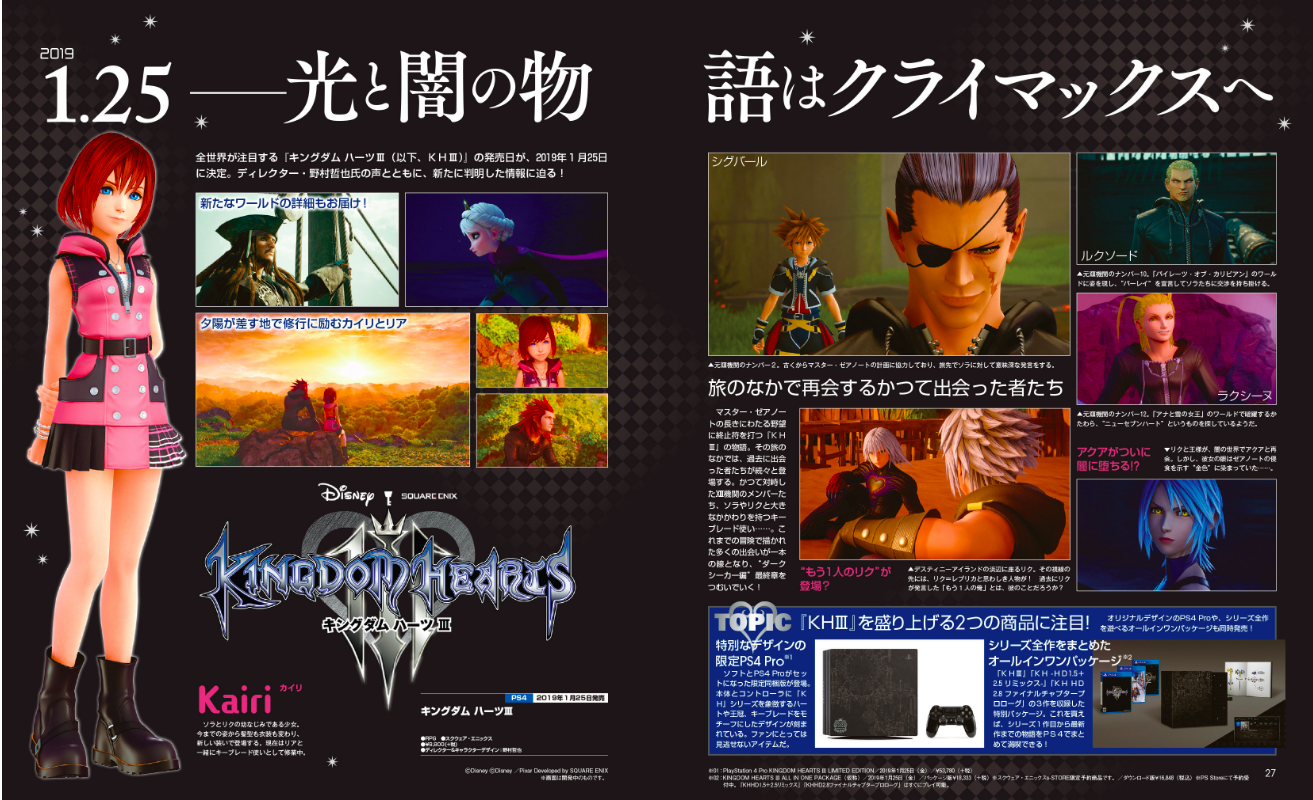 Dengeki PlayStation to feature Kingdom Hearts III: Nomura comments on Big Hero 6 world and Gummi Ship customization to be shown and talked about next, online element in the works, and more

The blog Hokanko(Alt) has published a summary of the interview that Dengeki PlayStation has had with Kingdom Hearts series director Tetsuya Nomura. This interview is to be published on the next issue of the magazine, which will release on June 28 (JST).

Below is the full summary as peovided by the blog. Translations are thanks to @Keytotruth.

Stay up to date with KH13.com as we will be covering Dengeki PlayStation’s Kingdom Hearts III feature tomorrow!

UPDATE [Jun 27, 2018]: Dengeki PlayStation Vol. 665 has released and includes an 8-pages Kingdom Hearts III feature! You can take a look at the scans below.

UPDATE [Jul 2, 2018]: Full translation of the Nomura interview is

now available here! Please note that the original translations might differ from the ones above that have been reported by Hokanko(Alt).

We will be translating the full interview with Nomura found in this issue, so keep an eye on our website and follow us on Twitter for updates!