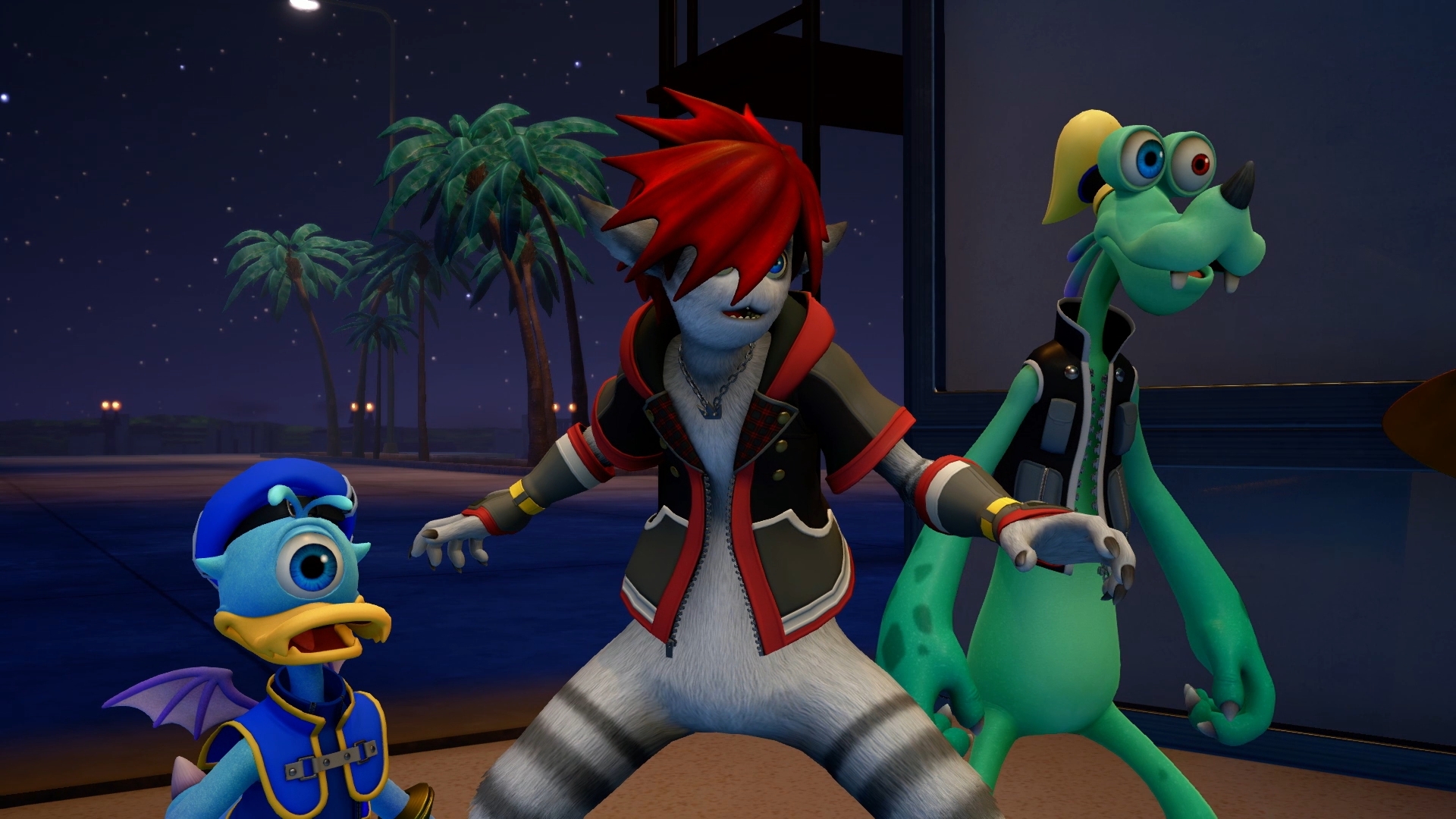 During Nomura's interview at E3 2018 with GNN.com, a recap video for the previous Kingdom Hearts saga chapters has been confirmed to be both released this month and in game. You can check below the interview extract thankfully translated by @Protoplasm_png.

Q: For players who haven't played the previous games, will it be difficult to understand the plot?

Nomura: We already made a recap video for players who have not played the game, in order to allow them to know the general plot before playing the game. The Japanese voice recording has been finished and it's going to be released this month. Not only the video will be released on the official website, but it will be included in the game as well. Because there are many games and plot to cover, despite it's going to be a recap video, it might last for several hours.

Q: Are there any possibilities for a chinese version/localization?

Nomura: We are still actively discussing about the possibility of a chinese localization.

Nomura also confirmed in a Famitsu interview that the video will also feature Chirity's narration (thanks to @keytotruth for the translations):

Nomura: Well, there are a lot of characters and relationships. If we stopped explaining everything in the game, the story wouldn't move forward. So, we're making preparations in our official website for people who want to catch up with the lore. We're condensing all of the story into 5 "episodes" that will have Chirithy narrating the events, also to make it easier to understand. We will make it public shortly after E3 is done. After watching these movies, I hope you get the time to play the HD ReMIXes.

What do you think about an official recap video to be released for the first time? Are you going to watch it? Don't forget that Kingdom Hearts III releases on both PlayStation 4 and Xbox One on January 25, 2019 in Japan, and January 29, 2019 to the rest of the world. You can now watch the latest Frozen trailer, Square Enix E3 Showcase trailer, and Pirates of the Caribbean trailer!