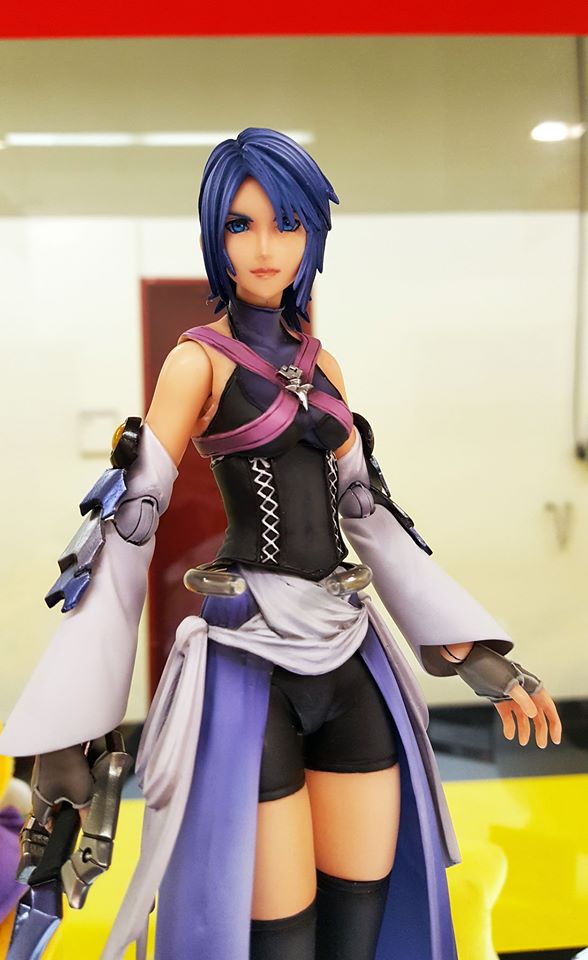 Square Enix have recently announced that Kingdom Hearts 0.2: A Fragmentary Passage Aqua will be joining the Kingdom Hearts Play Arts Kai line. The figure will be on display at the Nuremberg Toy Fair in Nuremberg, Germany from February 1st to February 6th. The release date and pricing for the figure haven't been announced yet.

Will you order a Aqua figure? Who do you want to see as a Play Arts Kai figure? Tell us in the comments below.

UPDATE 1: A clearer photo of the Play Arts Kai has been taken, now displaying a clear release date of July 2017 for the figurine (far left photograph).

UPDATE 2: The official North American Twitter account for Square Enix Merchandise has revealed a new image of the Aqua figure at the New York Toy Fair. You can view the image below: 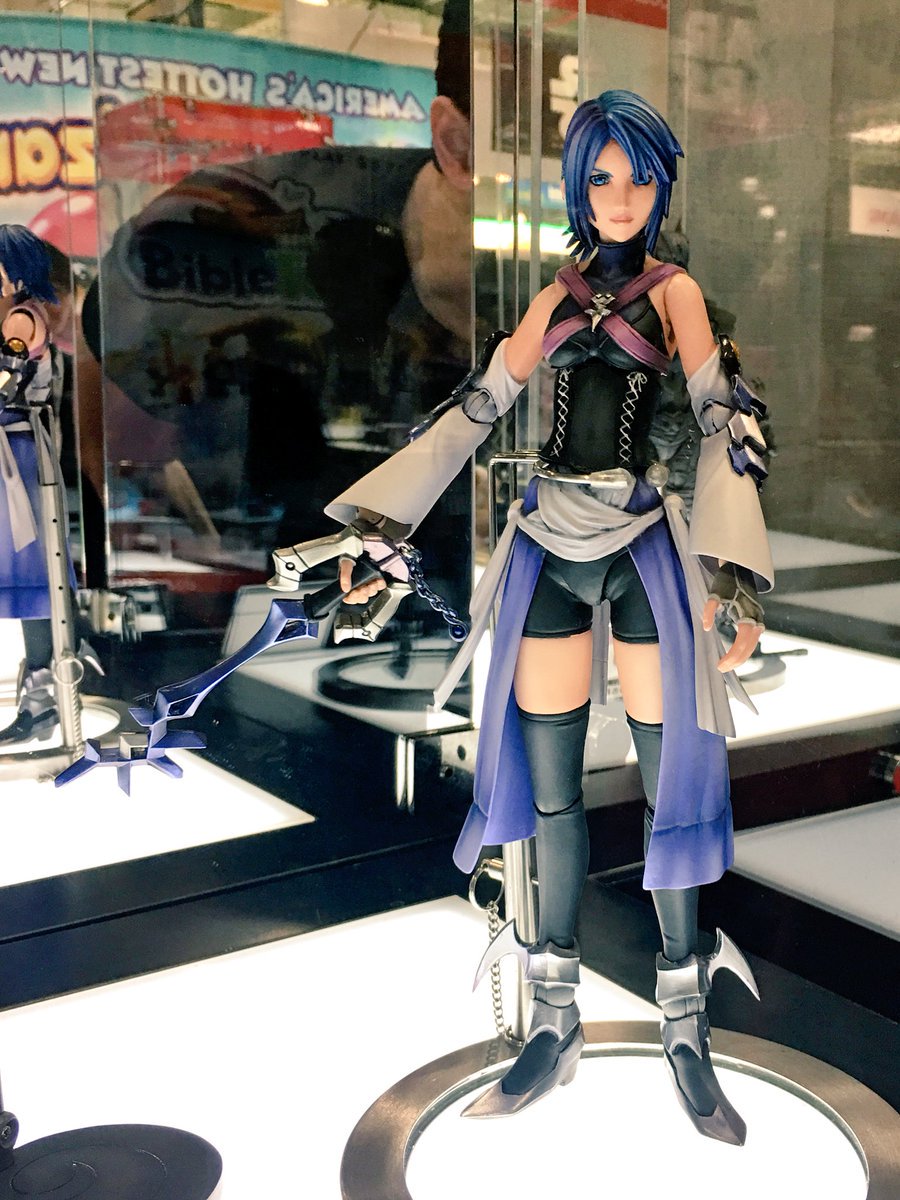 The figure will be released in July 2017.

UPDATE 3: An advertisement for the Kingdom Hearts Play Arts Kai Aqua figure has been spotted in a Japanese store. View a photo of it, provided by @Phamboola on Twitter, below: 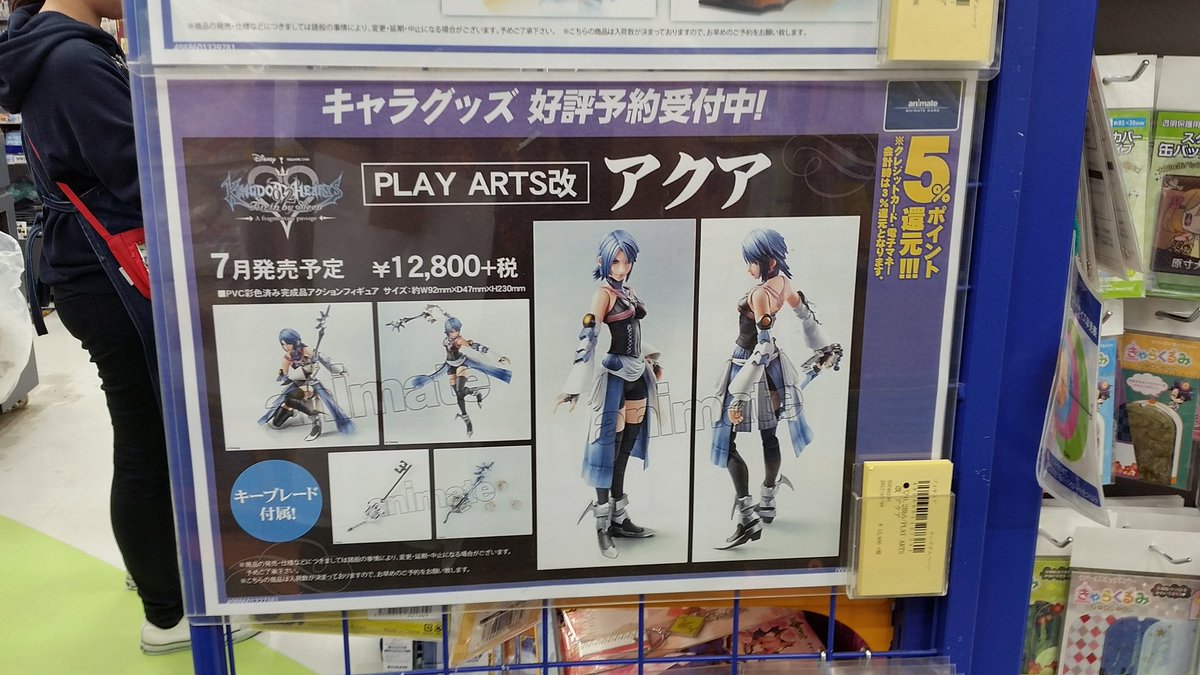 UPDATE 4: AmiAmi has added a listing for the Kingdom Hearts 0.2 Birth by Sleep -A fragmentary passage- Aqua Play Arts Kai, with pre-orders starting on April 5th, 12am JST. The figure was previously shown at the New York Toy Fair and Nuremberg Toy Fair in February, where the release date was first revealed to be July 2017. The figure has a listed price of 13.824 yen, with AmiAmi advertising a 29% discounted price.

The final product pictures reveal that the figure will not only come with the Play Arts Kai base, optional hand parts, and the Rainfell Keyblade, but also the Master's Defender Keyblade.

UPDATE 5: Square Enix is now accepting pre-orders on the Square Enix Japan store for 13,180 yen (about $120 USD) and the figure is set to be released on July 8th, 2017. It's currently unknown when it will be available in the North American store.

You can view pictures of the figure below: