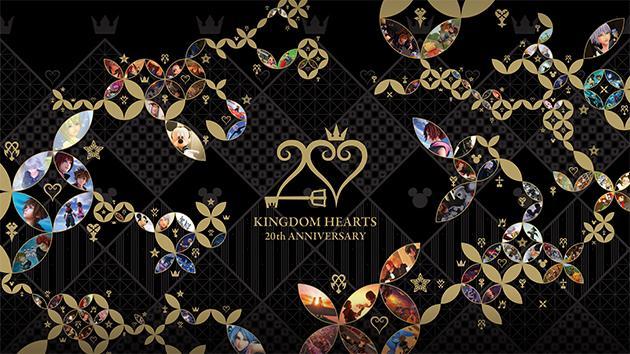 This article will be continually updated with news regarding the Kingdom Hearts 20th-anniversary event, initiating at 2 PM JST/ 1 AM EDT/ 10 PM PDT in Shibuya Hikarie on the 9th floor of Hikarie Hall. However, while the doors open at that time, the actual event itself begins at 5 PM JST/ 4 AM EST/ 1 AM PDT.

It is worth noting that there is no guarantee of any news being officially shared throughout the event, as embargos will likely be in place for attendees and staff. Regardless, we will be sharing impressions and tweets from event participants as time passes.

Be sure to check back in on this article and view our Twitter for timely updates on the Kingdom Hearts 20th-anniversary event!

Event participants have begun posting pictures of the venue's exterior. For reference, Aibo's tweet is viewable below:

The new celebratory 20th anniversary artwork has been revealed via Aibo:

A celebratory message from Nomura has been spotted, viewable below. We are working on a translation, though some of the text is blurry:

Our team's Ryuji has translated the message, viewable below. However, please keep in mind that this may not be 100% accurate:

When I look back on the past, I think back to the time I first started this project called Kingdom Hearts.
I put everything I had into it, even to the point of becoming an empty shell whenever I finish working.
I want everyone to be happy, after all, that's what I've always been trying to do.

What is this story of the heart being told throughout the series?
These stories of the heart told in my works are a reminder of those hearts that are no longer with us.
Those hearts are always there, staying by your side.
That's what I think.

Thank you so much for your support over the past 20 years.
And I look forward to everyone's support in the future.

New official merchandise has been spotted at the event, including new Play Arts Kai figures and a new Naminé plushie:

New celebratory pins and a clock have also been shown:
New kitchenware has been displayed:
New perfumes based on Roxas, Xion, and Axel have been spotted:
A Final Fantasy VII-themed display is at the Kingdom Hearts 20th Anniversary event venue:

Aibo posted a thought-provoking Q&A response from Nomura, viewable below:

"I was uncertain whether to call it KH4 or Verum Rex but ultimately decided to call it the former because this is about Sora."

An event attendee, Jyaco, detailed their account of the experience. One particular note in their written account is that it was stated that Kingdom Hearts III has sold over 6.7 million copies as of September 2021.

UPDATE (4/11/2022): Various photos of the venue and stage event have been provided by 4Gamer and Game Watch, also viewable via our gallery below:

Dengeki shared exclusive photos from their event coverage, viewable via our gallery below:

After Nomura's video message, five songs were selected from the series' many masterpieces, and were performed live in an arrangement for the 20th anniversary event (via Famitsu) :

After the performance, Risa Uchida, the Japanese voice actress of Kairi and Xion started hosting the event as the MC, and Yoko Shimomura, composer of the Kingdom Hearts series, took the stage. Regarding the live performance, Shimomura said that since this was a commemorative event for the 20th anniversary of the series, she personally took on the challenge of arranging chamber music (jargon for a small ensemble of musicians) for the first time.

"For the songs chosen, I made sure that they were not only popular songs, but also that there was no bias toward any particular work." she stated. One of the main reasons "Nachtflügel"  was chosen was that because it was a newer song that had never been performed live.

Looking back on 20 years of Kingdom Hearts, Yoko said she had many memories of her times with songwriting and concerts. "There are many ideas that I still have in my mind, and I hope to have another concert sometime in the future." she stated.