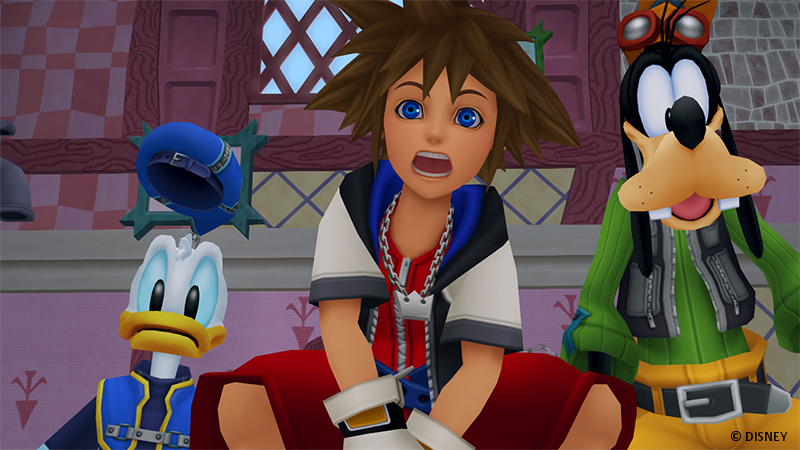 The Kingdom Hearts Series Character Files translations for the world stories of Atlantica, and Wonderland are now available!

The translations for Atlantica's Story “Under the Sea”, and Wonderland's Story “Golden Afternoon” can be viewed below! Translations are courtesy of LilyGinnyBlack.

Atlantica's Story
Under the Sea

And singing songs with Ariel and all the others was a ton of fun too~. Though it was hard for all of us to sing and dance at the same time, but when we got it right I felt like I was walking on air. I’d like to sing with everyone again sometime.

Ariel’s longing for the surface really reminded me of us, before we left on our journey. The feeling of wanting to go someplace unknown and see things you’ve never saw before - I really got that, so I wanted to support her. Especially because the person she loves is there. And while I hope everything works out okay with her and Eric — when it comes to King Triton, he isn’t saying “Don’t go to the surface!” just because, I think he’s just worried about her. And while there will be some obstacles along the way, like Ursula, so long as she sticks by Eric she’ll be just fine!

Speaking of Ursula, she appeared on Destiny Islands in my dreams. I wonder why she was there?

Generally speaking, something strange always happens whenever Alice is around. Is it that strange things happen around Alice or that that world is just strange in and of itself? I don’t know, but there were all these weird characters there, and it was just an all around odd place, so I get the feeling that it wasn’t just Alice.

In Alice’s world we got shrunk, got totally lost in all of the confusing rooms that were right-side up, upside-down, and all turned around, got chased around by card soldiers, got put on trial - basically, I just remember it being a pretty rough time. I mean, the Queen, straight off the bat, tried to get our heads cut off.

"I don’t know if you’re the Queen or not, but I’ve never seen such a selfish person as you!”

Alice said that clear as day to the defendant’s seat. It’s something that I remember really well about her. Alice is a girl who is super direct and to the point. If she has something she wants to say, she’ll say it. And I don’t dislike that.

In that strange world we gathered up all the evidence and saved Alice from the Queen, but in the end Alice got snatched away.

"Alice isn’t anywhere in the world. She’s with the shadows in the darkness.”

That was what the Cheshire Cat said.

Later I was able to see her again at Hollow Bastion, but wonder who it was that snatched her away in the first place?