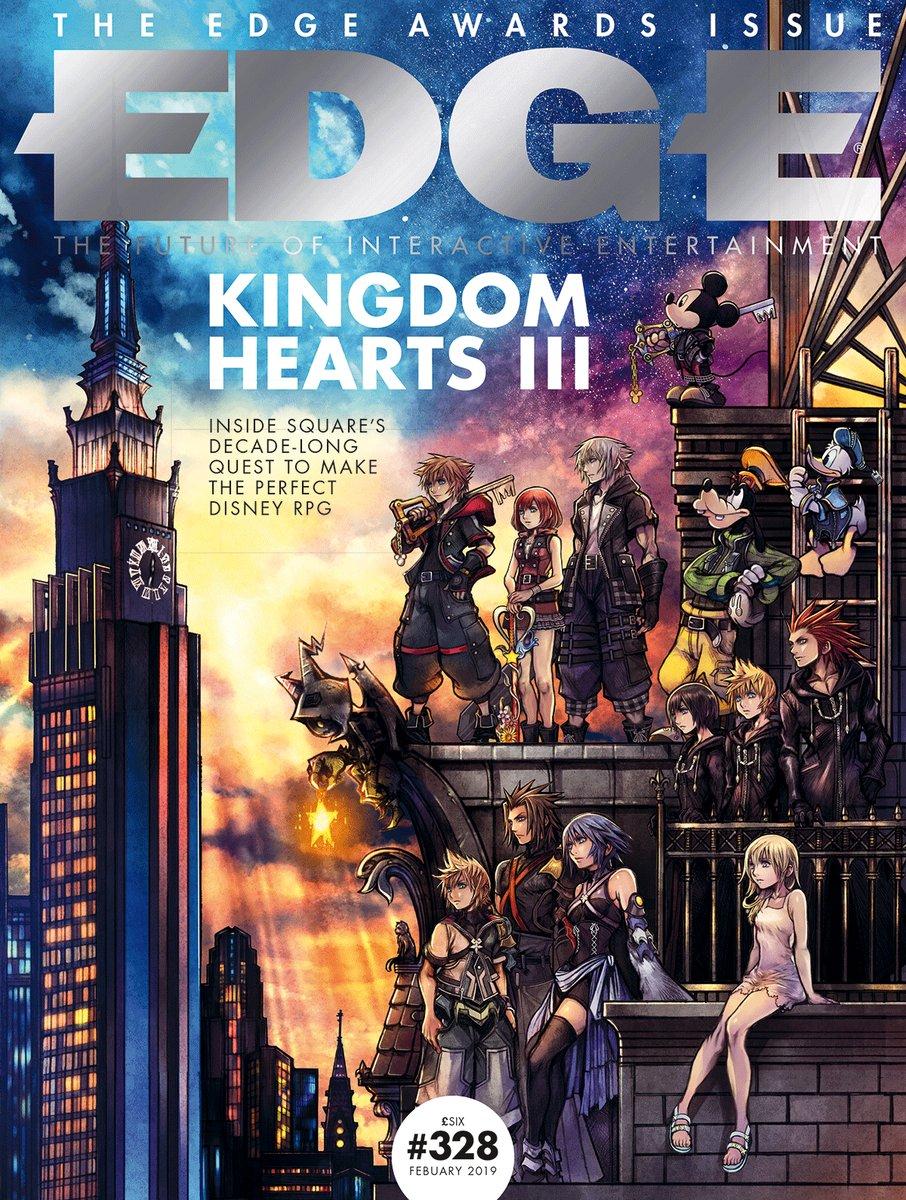 Edge deputy editor Jen Simpkins had the opportunity to talk to both Nomura and Yasue about the beginning of Kingdom Hearts III's development and how switching from Square Enix's in-house Luminous Engine to Epic's Unreal Engine 4 was a difficult task, the importance of Pixar in Kingdom Hearts III's existence, and much more. You can read their comments below.

On the importance of adding Toy Story to Kingdom Hearts III

Nomura: “After we were done with Kingdom Hearts II and were starting to consider III, we started talks with Disney, I remember saying, ‘If we can’t use Pixar, then we can’t have a third game.’ It’s that important to the game series. The whole world loves Toy Story – everybody feels the appeal of that story and those characters. So yeah, at the very beginning I directly said to them, “If we can’t get this, I don’t want to do it’.”

Nomura: “I wrote a general outline of the story and I submitted it to Pixar, It took them several years to okay the story and the character designs. Previous to Kingdom Hearts III, I think these companies kind of saw it more as like, secondary rights permissions. They saw it more as a product, like you would a branded toy or something. This time, it was creator to creator – it was somebody who had made this animation, and somebody who was making this game. We were communicating with each other, myself and these people, so that added an extra level of complexity, because each creator has their own desires, ideas and concepts.”

Yasue: “We were talking to [Pixar story supervisor] Jason Katz, and what he said was he wanted us to make a Toy Story world – a toy store – that they couldn’t.”

Yasue: “Yeah, I think the first thing [that he concepted] was the robots. We sort of wanted it to be true to what we do – Square Enix-like. And Pixar was actually very open to that. We had this back and forth with Pixar: it placed a lot of importance on the toys. They’re robots, but they’re also toys, so they really wanted that incorporated.”

Nomura: “Big Hero 6’s story is a moving story that involves a robot, which is something that really fits well with the Kingdom Hearts world,”

Yasue: “Hiro is an inventor, so we wanted something that was invented. So we came up with an augmented reality device that Sora places on as a visor. And using that, we have San Fransokyo – but you’re looking at it through a sort of AR visor.”

Nomura: “Each title has a different team in charge of it. The storyline is the very heart of Toy Story. Whereas with Monsters, Inc, it’s more about the world that they’ve built. So we’d be told, ‘Oh, well, actually there aren’t monsters of this colour,’ or ‘There are no monsters that have eyes like that’, or ‘The monsters in this world wouldn’t use that word’.”

Yasue: "The thing with Unreal Engine 4 is it’s really easy to experiment, gameplay-wise. We didn’t need any assets to start off, so the game designers that aren’t artists at all could actually start to test the game. We had to learn a lot. When we started using Unreal Engine 4, we had these study groups – well, not study groups, but we all sort of… There’s a tutorial. I even did that, I made my own robot, a robot that changed shape. We never used it in the game, we were just testing it out. We had contests too, I remember. Each game designer made something, and we sort of compared it. And this had nothing to do with the game, because we had to learn about the engine. That was part of the development timeline, and was something that contributed to and affected the schedule.”

Nomura: “It was a whole year that we had to kind of rewind and restart. As a dev tool, Unreal Engine 4 is kind of an all-in-one – it’s got all of the stuff that is needed in it, it’s used around the world, and we also got really great support from [Epic]. They were very helpful through the entire process. It would have been a different story if the team making Luminous had been members of the Kingdom Hearts team. But they were a different team, so that did make things a bit more difficult.”

Nomura: “It really doesn’t matter to me whether or not they’re going to be popular, it’s just about whether the game is going to benefit from adding them. In past Kingdom Hearts games, we’ve included a number of more minor titles. It’s not only about what’s interesting, it’s also about variety. Of course, even after that fixed point when we have decided what the worlds are going to be, occasionally there are Disney things that come up afterwards and I’m like, ‘Ah, I wish I could put that in there’.”

Nomura: "There have been a lot of people who have said as the hardware changes, we’re going to have to change things. As the way of creating things changes, we’re going to have to change our management style, and there’s a lot to keep up with. But this company, in at least one way, hasn’t changed since it was called Squaresoft. We want to make fun stuff; we want to make cool stuff. And the team here in Osaka working on Kingdom Hearts III are all of that same mindset – they just wanted to make something good.”

On the legacy of Kingdom Hearts III

Yasue: “I guess I wanted to make a game that was really talked about. We want to sell a lot of games, yes – but at the same time, it should be a game that could be talked about ten years from now. When I came to this company, I was really inspired by Final Fantasy VII, and so it would be great if kids play our game, and they come to our interviews, and they join us, right? It had to be something that big. Something with a legacy.”

Edge Issue 328 is available now at newsstands and digitally on the Google Play Store.