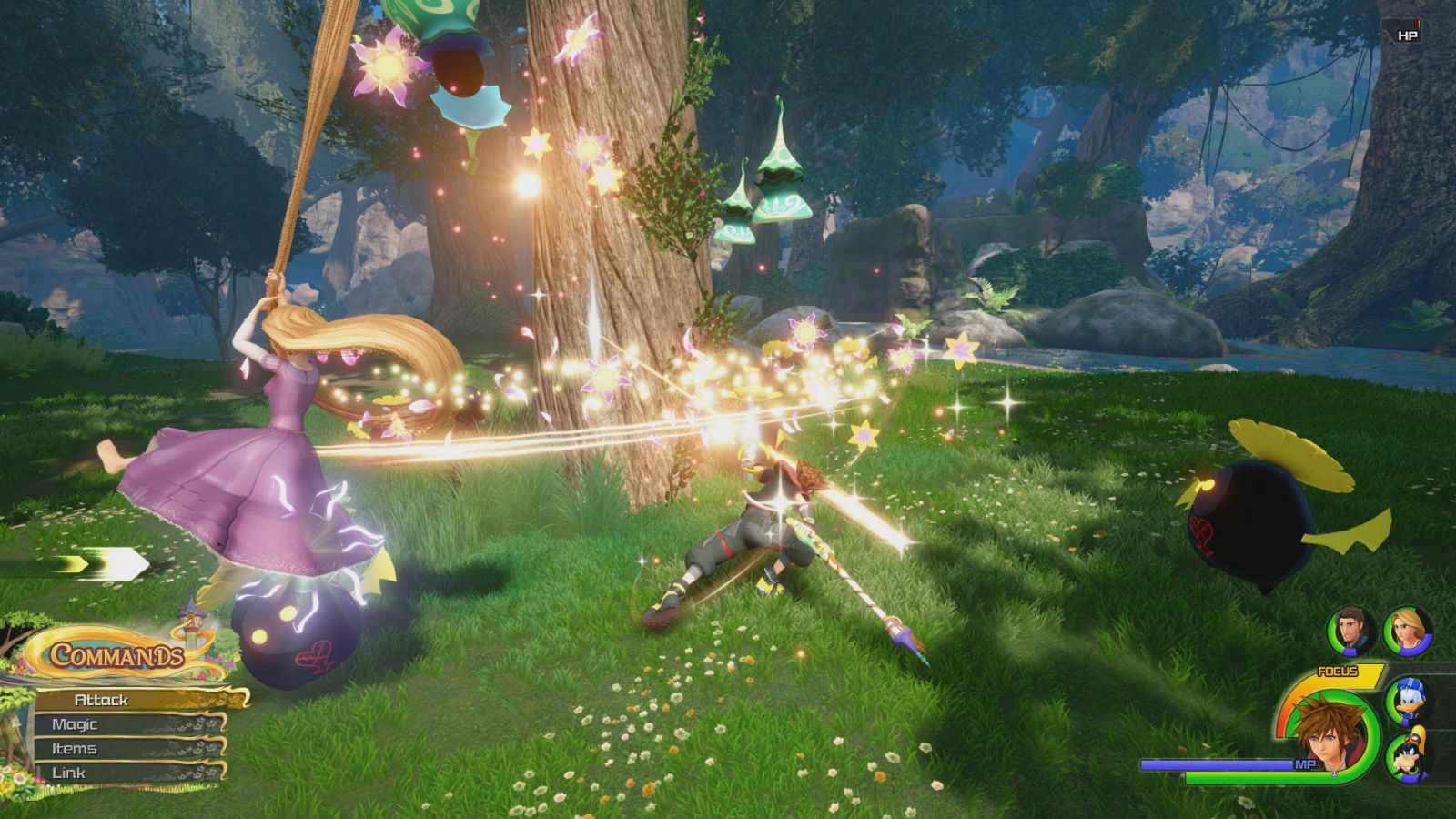 The attendees of the Kingdom Hearts Fan Event at D23 Expo Japan 2018 were able to watch exclusive media from Kingdom Hearts III, featuring Tangled, Baymax, and the Toy Story world.

One such footage was a "Making of Kingdom Hearts III" video, which provided a glimpse into the Kingdom of Corona from Tangled. The castle town was shown; Rapunzel was seen walking, with her hair floating with the wind in a way that responded very well to the topography and physics of the world. There were many NPCs walking about, along with many elegant houses and shops, helping to portray the town in vivid detail comparable to the movie.

A picture was taken which shows Rapunzel admiring her braid, with a few NPCs and buildings in the background to bring out the atmosphere of the Kingdom.

Traveling in various Disney worlds is a real pleasure in the Kingdom Hearts series; in KHIII not only the fields where the action takes place are expanded, but there will be also an emphasis on the cities. The castle town of the world “Tangled” showed at the presentation was truly full of NPCs coming and going, along with a lot of elegant houses and shops. The illusion of being in a Disney world seems to be stronger than ever.

The world of Rapunzel has been announced since early development, but the reason why the gameplay video was not released was because it took a considerable amount of time to represent Rapunzel's long hair, nothing else. There have been few cases of putting such long-haired characters in the game so far, the treatment was tough and the hair was floating in the sky all the time. At the presentation, the video in which Rapunzel was walking was also released, the hair stretched in the wind, fell down where there are difference of levels, and responded to the topography very realistically.

Thanks to KH13 Staff Mio-chan for the translations!

Unfortunately, due to copyright concerns, we had to remove the gallery album from this article. We apologize for the inconvenience.

Watch the new Kingdom Hearts III trailers from D23 Expo Japan 2018 here, and don't forget to catch up with our coverage of the event here!