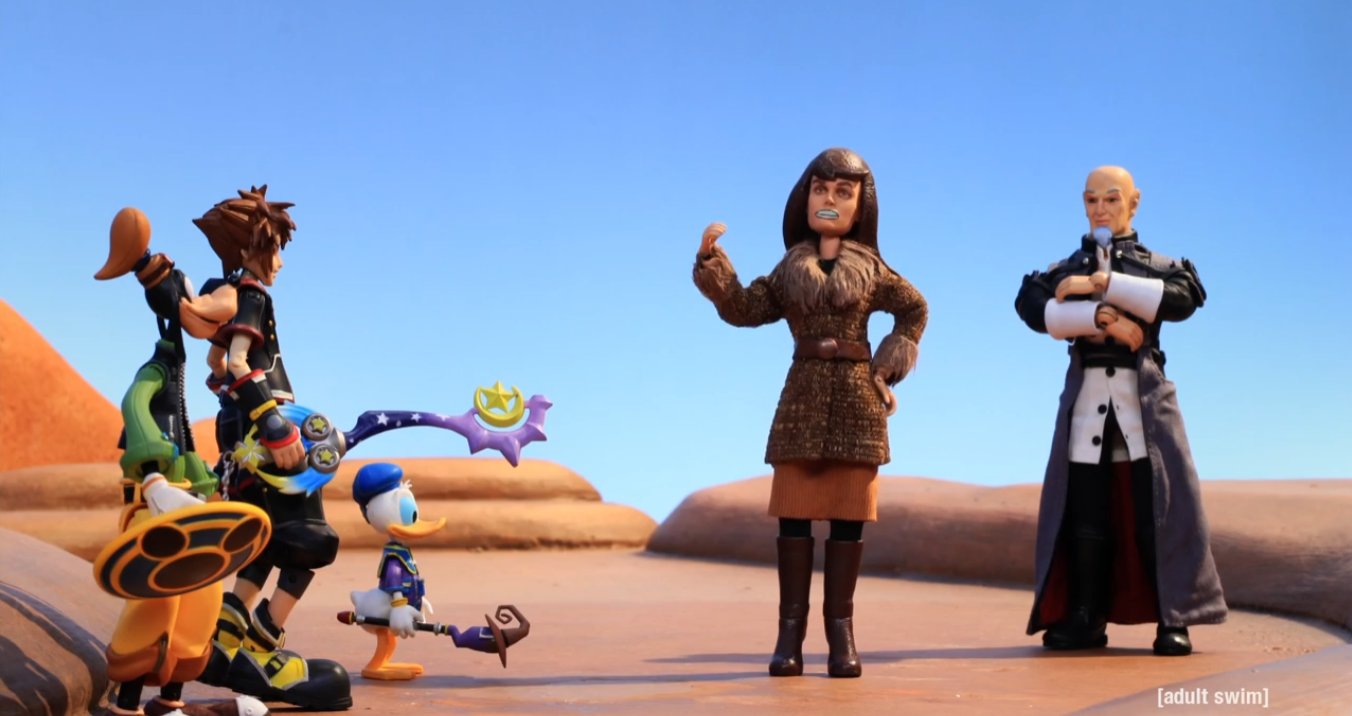 Kingdom Hearts Gets Parodied in Robot Chicken; We Don't Know Why Either

Well, I don't think any of us at KH13 ever expected to report on this, but here we go. The American adult animated comedy series Robot Chicken recently had an immense Kingdom Hearts cameo, though it goes a bit beyond that.

Robot Chicken is most well known for how it parodies several franchises in lengthy comedic sequences, and Kingdom Hearts was recently subjected to this in Season 11, Episode 8.

Discussing the intricacies of this parody would be too much due to how adult-oriented its humor is, but you can view the clip on Twitter thanks to user bennybotros.

What do you think of this bizarre parody? Let us know in the comments below!