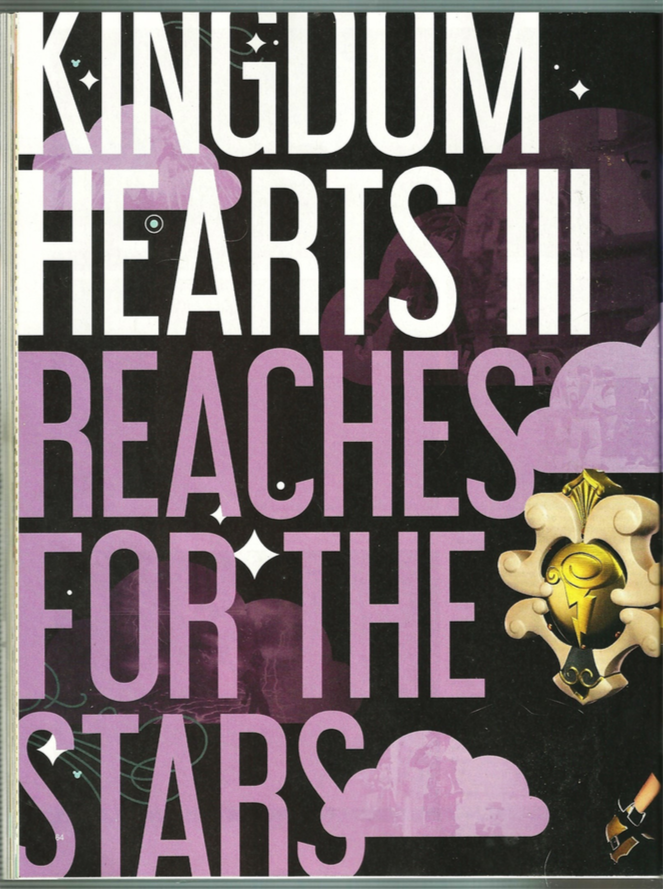 In the latest issue of Game Informer, Kimberley Wallace wrote a feature giving a summary of information of Kingdom Hearts III from interviews held after the Toy Story trailer reveal at D23 Expo 2017.

The feature includes comments made by series director Tetsuya Nomura during his interview with Game Informer published in July. While talking about the Toy Story trailer, Nomura discussed the plot and gameplay of the Toy Story level and the return of Gummi Ships.

The second part of the feature includes unpublished answers from Game Informer’s interview with Nomura, where he expressed the production team’s enthusiasm in using current-generation technology in Kingdom Hearts III.

“The staff members on our development team always want to try something new, so even with previously introduced mechanics, they always try to make it their own or tweak it. Even if it is small or minor, we customize it so it’s for Kingdom Hearts III.”

Nomura talked once again about Athletic Flow, the parkour-like mechanics showcased in Kingdom Hearts III trailers that allows Sora to interact with the environment. He also hinted at the return of Aqua, Terra, Ventus, and Roxas.

“There was some feedback that it [Flowmotion in Kingdom Hearts 3D: Dream Drop Distance] was too free and hard to manage, maybe because the title was on a handheld device. So I wanted to make it so that there’s the ability to control it properly. It’s basically revamped and introduced as a new mechanic in Kingdom Hearts III. You’ll be utilizing the environment to propel yourself to an area that you’re not normally able to go to, or again, running up the cliff during battle. Those can be expected in each of the different worlds you’ll be traversing through.

“The motivation for Sora and his allies’ journey in Kingdom Hearts III is to help those people who met a tragic ending such as Terra, Ventus, Aqua, and Roxas, and to rescue them from that tragedy. How they relate to the narrative, and if we were to reveal any sort of information about that, it would probably spoil everything.”

You can read more about Atheletic Flow and Roxas’s return in Nomura’s previous interview with IGN.

The first two pages of the article can be previewed below. Thanks to KH13 community member Alexandra Risner for the scans.

If you would like to read the full feature, you can purchase a digital copy of this issue here.

Have you read the feature yet? What do you make of the world of Toy Story, Athletic Flow, and seeing Roxas and the "Wayfinder trio" again? Let us know in the comments!