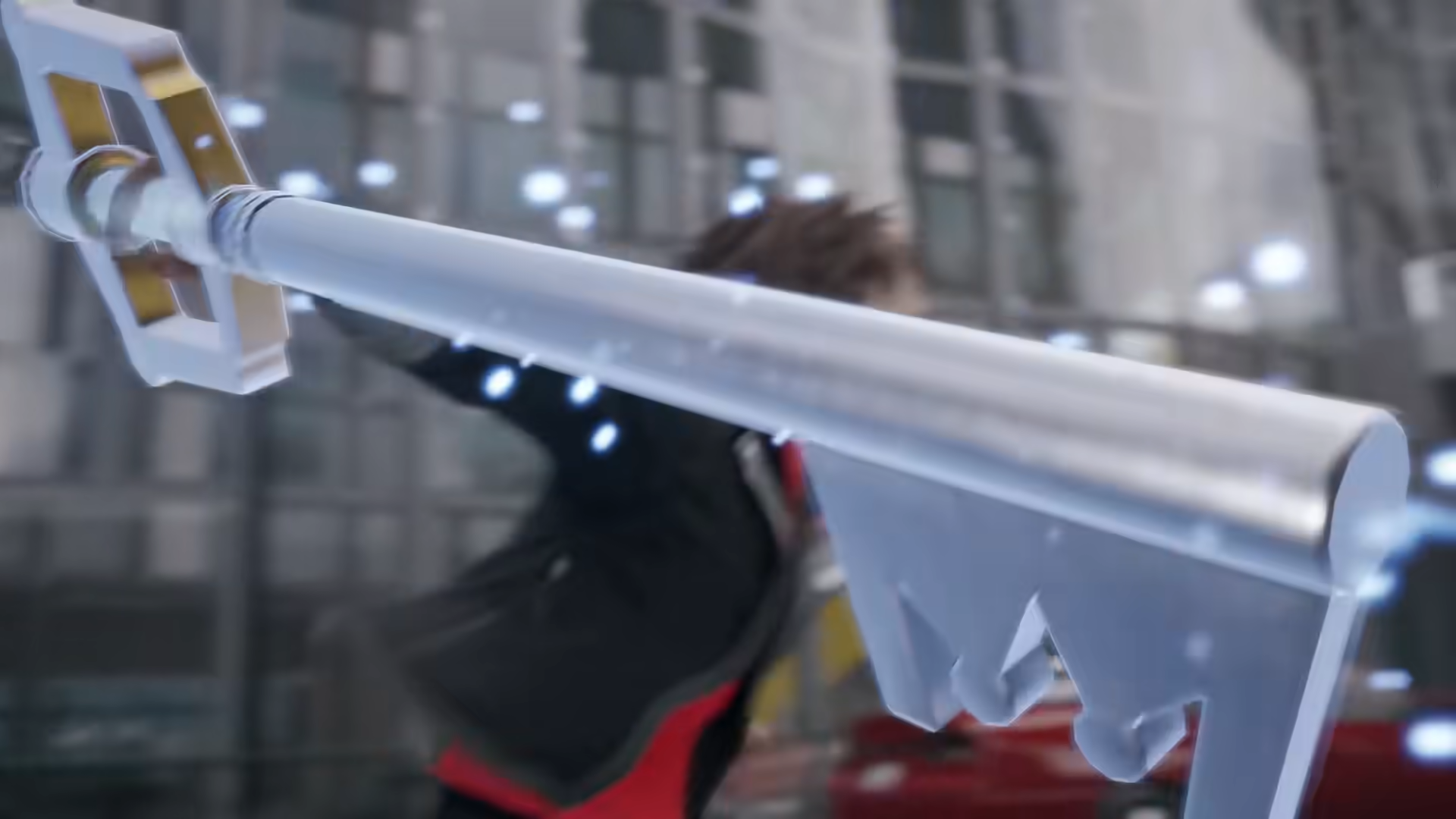 Famitsu recently published an early look at an interview they conducted with Tetsuya Nomura regarding Kingdom Hearts IV and Kingdom Hearts Missing - Link. Prominent community translator, Audrey, translated significant information from this interview pertaining to Kingdom Hearts IV, so immense credit to her.

We will be updating this article when the information surrounding Missing - Link is translated, and when the full interview releases on April 28th, 2022. For now, the summations of Audrey's work are listed below:

Our team's Ryuji has translated the currently available Kingdom Hearts Missing - Link segment of the Famitsu interview, viewable below:

Interviewer: In the trailer, we can see that Brain appears. Will he be the main character?

Nomura:  No, he won’t. The main character will be yourself. Much like Union Cross, the protagonist will be a custom player avatar created by yourself.

Interviewer: Missing - Link seems to be centered on action-packed battles that can also be enjoyed in multiplayer, with the addition of so-called location-based game elements that utilize augmented reality technology. You say that you can move around without actually going out, but in that case, do you perhaps mean that you can move around while moving your character in the game?

Interviewer: So you can even walk around Okinawa, if you wanted to!

Nomura:  Yes, but if you want to go far, far away, it will take a certain amount of time (laughs), but you can also use points to teleport right to where you want to go.

Interviewer: So if you do not want to walk, you can spend points and teleport wherever you’d like, or you can simply choose not to and walk around yourself. It’s all up to who plays it.

Interviewer: If the game is linked to the real world, does that mean that there will be no Disney worlds?

Nomura: We are experimenting with a variety of things, but depending on the timing, the terrain and atmosphere will be partially based on the Disney worlds motifs. In the early stages of development, we covered the entire map with a texture change, but it seemed like overkill, so we are trying to make it more consistent.

(Translator’s comment: He most likely means that, whenever there’s an event of sorts, the overworld would be covered in a different way.)

Nomura:  We are trying to develop some new things that wouldn’t be normally possible in the main series of games. I hope you look forward to testing those out on the Closed Beta, as it is scheduled for Fall of this year.

UPDATE: The anniversary message riddle has been solved by user @kh_skrvat and several other Japanese fans.

Our translator, Ryuji, provided the following image for visualization. 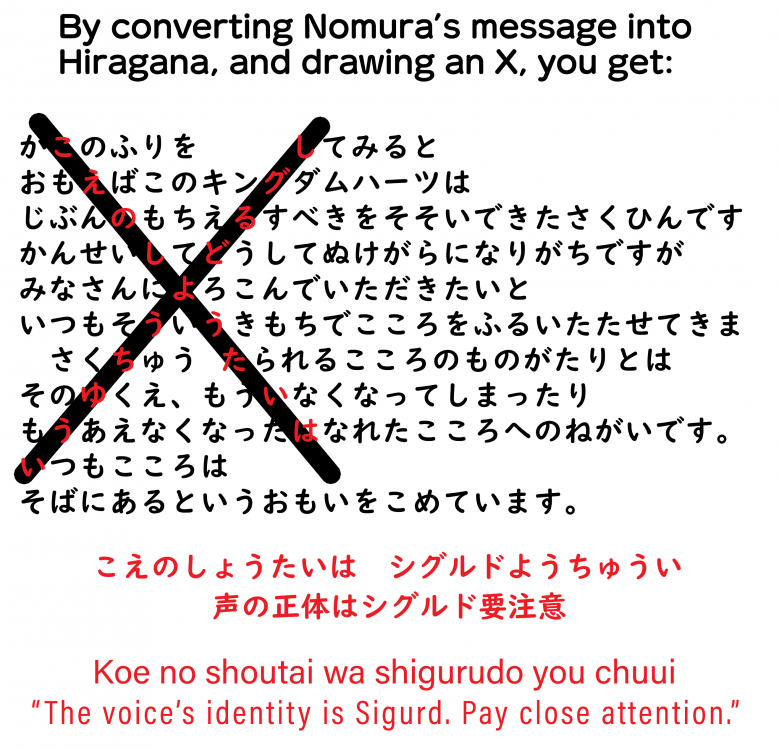 The explanation for how this was solved is below, via our team's Ryuji. 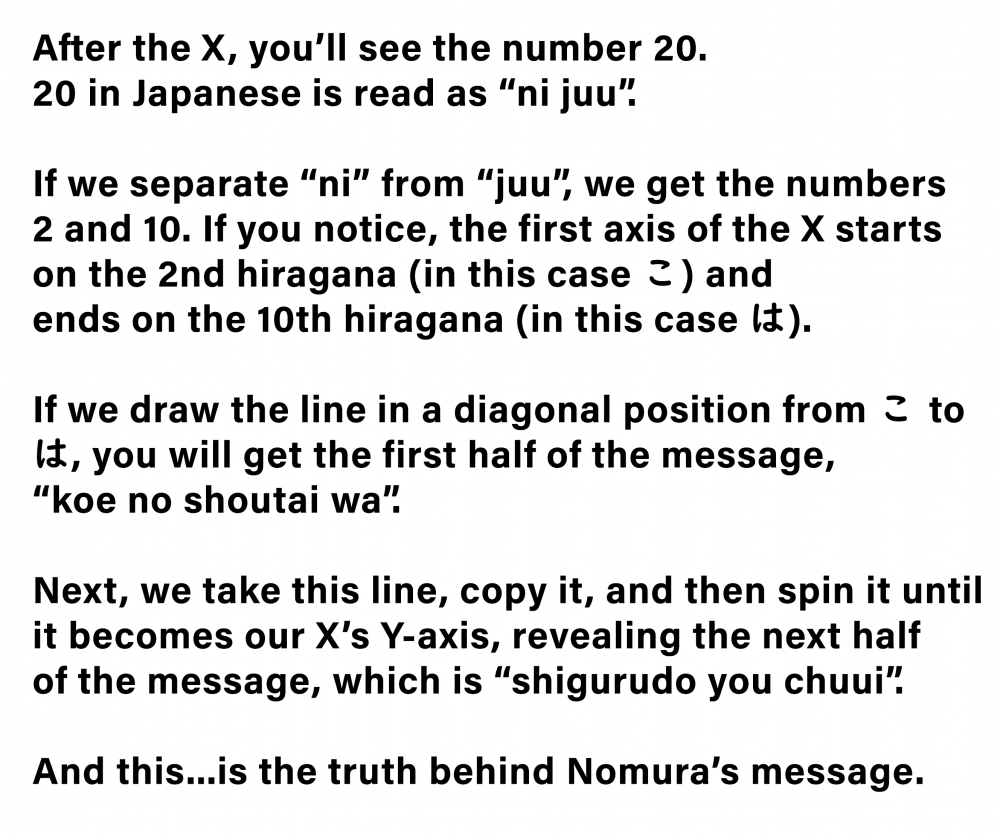 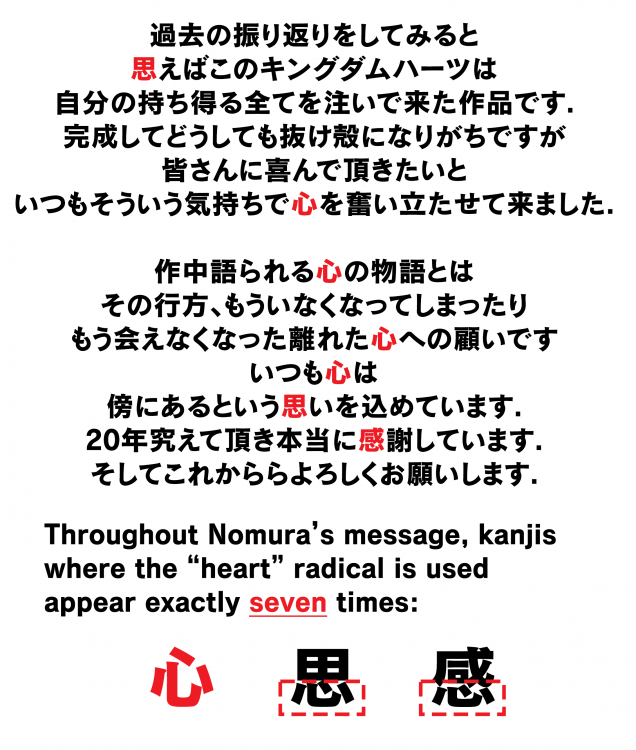