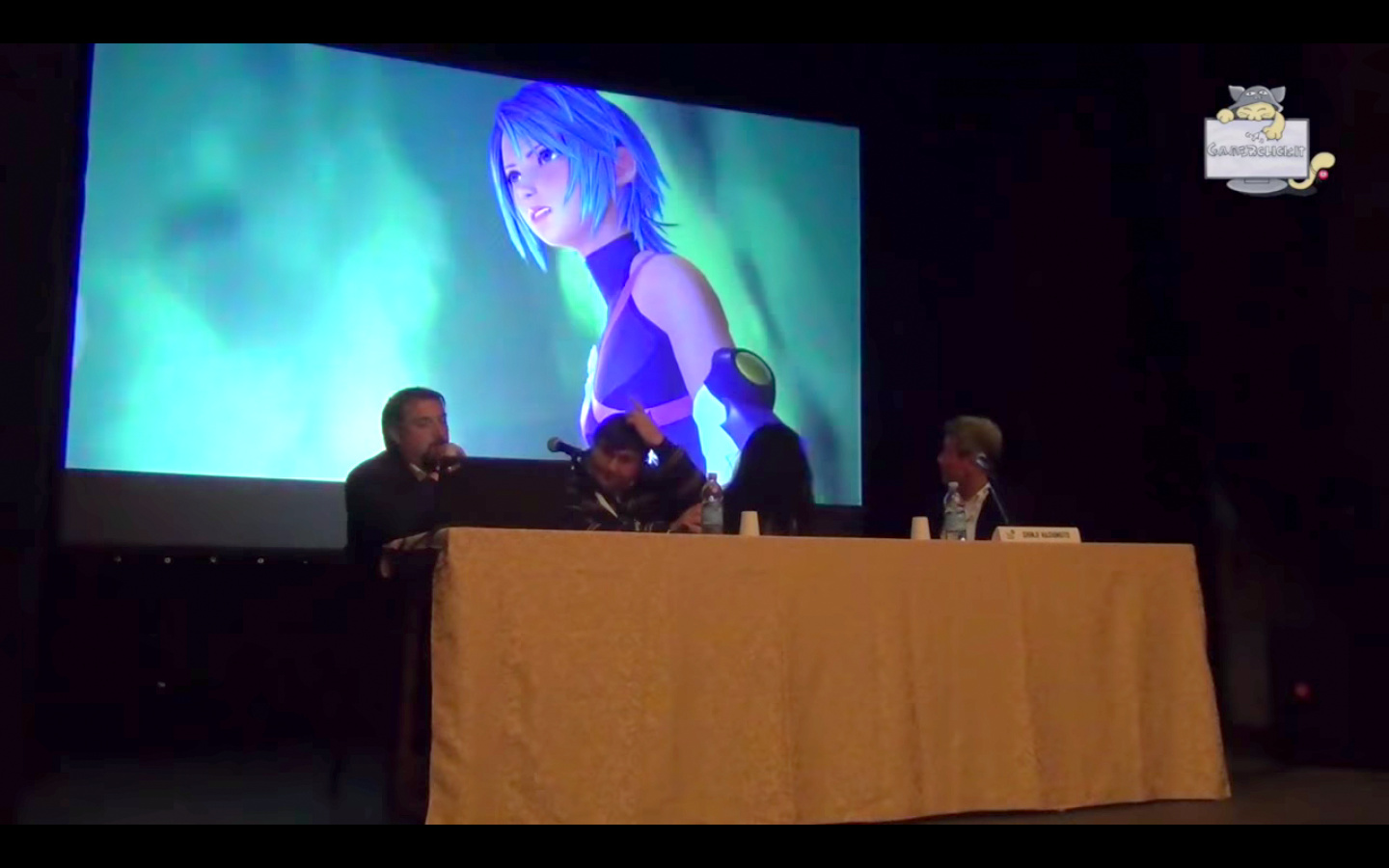 Kingdom Hearts series producer and Final Fantasy series brand manager Shinji Hashimoto was in attendance at a conference at Lucca Comics & Games 2016 in Italy last month. During this conference, Hashimoto was able to discuss and answer questions relating to the upcoming Kingdom Hearts releases.

The translations below have been provided by Aquaberry.

He commented on Kingdom Hearts 0.2 Birth by Sleep -A Fragmentary Passage-, saying that its story will connect directly to the story that will be presented in Kingdom Hearts III. He also said that the duration of the game will partly depend upon the player's abilities. While it may seem a short game, it has a substantial amount of playable content.

Hashimoto discussed Kingdom Hearts HD 1.5 + 2.5 ReMIX, saying that the idea for the compilation was due to fans all around the world commenting on the complexity of the plot of the Kingdom Hearts series. The PlayStation 4 release will address this issue by enabling the fans to own the entire collection on the same console. Furthermore, he indicated that the PS4 re-release will contain some differences from the PS3 releases; it will have much better graphics.

Hashimoto was also asked to comment on the legitimacy of the story surrounding the conception of Kingdom Hearts in an accidental meeting in an elevator with a Disney employee who worked in the same building. Hashimoto answered that this is a matter he has been asked about many times. He clarified that while Square were working in the same building as Disney, it was the latter that approached with a proposal for a collaboration that later became the Kingdom Hearts series.

Hashimoto also reminded fans that the Sora DLC for World of Final Fantasy will be available for only a limited time only this winter.

Lastly, Hashimoto reflected on his contentment towards the evolution of the Kingdom Hearts series, saying that he is happy about the success of the series reflected by fans across the world.

A full video of the conference can be viewed below, thanks to GamerClick.it.