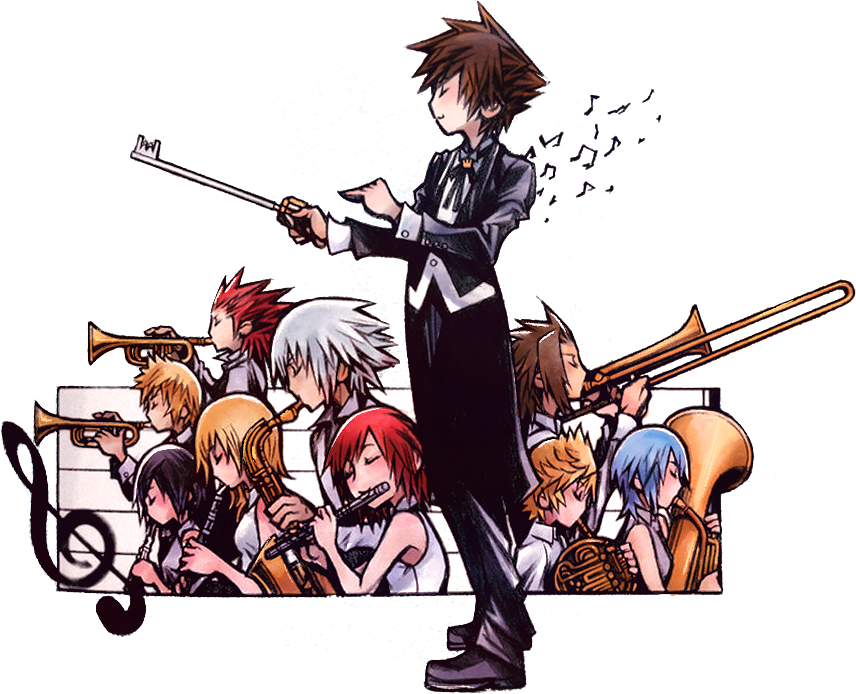 The Kingdom Hearts Orchestra - World Tour - Encore kicks off its 2018 season tonight! It will be premiering at the Dorothy Chandler Pavilion in Los Angeles, California, at 8pm PDT today.

After our successful presence at the KHO concerts last year in London, LA, and New York, we have decided to host another #KH13MeetUp! Staff member Raxaimus will be in attendance and hosting today's meet-up and distributing exclusive KH13 stickers! The meet-up will take place near the main entrance so that even fans without concert tickets will be able to attend!

(June 7, 2018 - 1:18 AM PDT) Kaoru Wada, who worked on the arrangements for the Kingdom Hearts Orchestra -World Tour- and the series, is boarding the plane to Los Angeles to attend the show!

(June 8, 2018 - 1:31 PM PDT) Yoko Shimomura, the Kingdom Hearts series composer, went to Los Angeles to rehearse for the show! She will try hard this year so that everyone who attends it will enjoy it!

(June 9, 2018 - 4:07 PM PDT) News Team staff Raxaimus, who is representing KH13 at the concert today, is getting ready! Spot him in his Project Destati shirt, hosting a #KH13MeetUp! He may be handing out KH13 stickers!