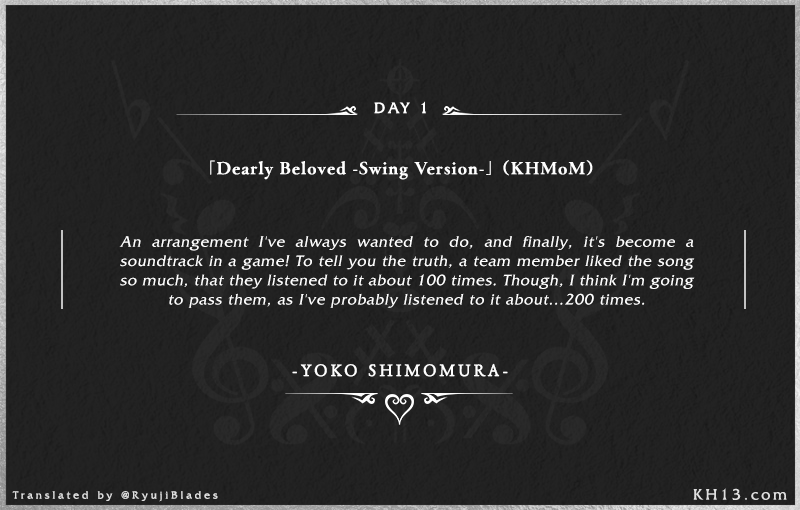 Yoko Shimomura has announced that she will be sharing a memory of hers each day during December up until the 25th as part of an advent calendar! These memories will be related to the songs included in Kingdom Hearts Melody of Memory. KH13 will be continually updating this article and social media with her posts. The translations for these posts will be done by our team's Ryuji, while the graphics will be done by our team's Kimpchuu.