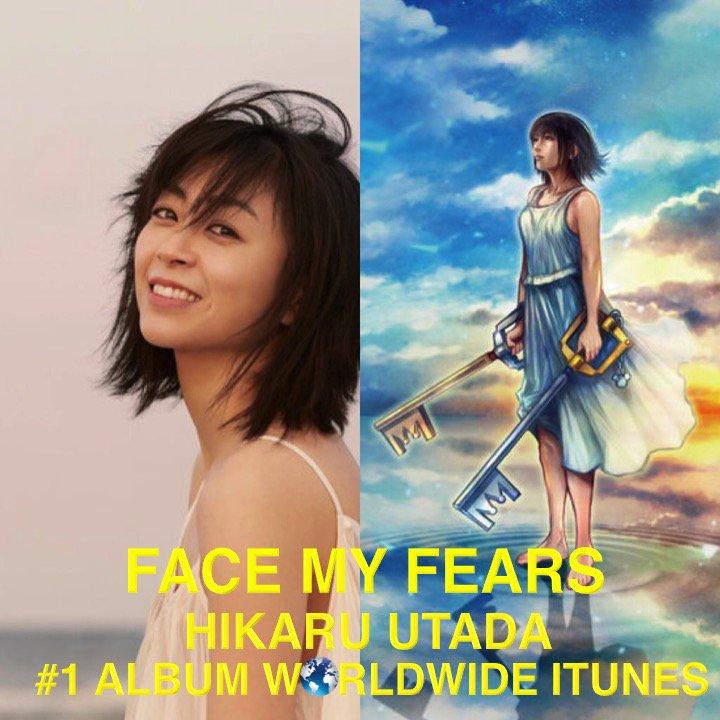 The World Music Awards Twitter account has announced that Utada Hikaru's latest EP, Face My Fears has rocketed to number one on the iTunes International Album chart; only a day after it's release!

The EP contains the Kingdom Hearts III opening song Face my Fears in both English and Japanese, as well as the English ending theme, Don't Think Twice and its Japanese counterpart Chikai (誓い).

"Face My Fears" is available worldwide; the album song can be bought from the Apple Store, Google Play Music, and Amazon as well as streamed on Spotify. For lyrics and more information, click here.

Are you glad to see Utada's music receiving so much attention? Let us know what you think of the songs in the comments below!