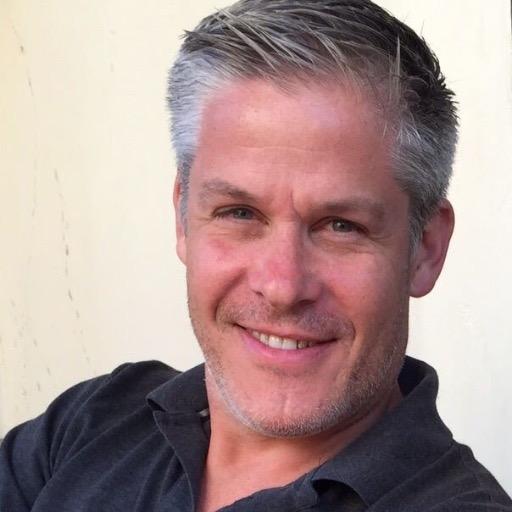 Back in 2014, Seth Kearsley revealed the storyboards for a rejected Kingdom Hearts TV show, which he was set to write/direct, on his deviantART page. Fourteen years after his initial attempt at creating a Kingdom Hearts TV show, Seth is currently in the process of making the show a reality once again. We contacted Seth for an interview in which we asked him about his vision for the show, why he decided to try and make the show happen again, and what worlds he wants to see featured in the show. Check out the full interview below:

KH13: Seth, thank you so much for participating in this interview with KH13.com. We are thrilled to have this opportunity.With a whole plethora of video games out there that would suit a TV show, what drew you to Kingdom Hearts specifically? What inspired you to make a show for Kingdom Hearts?

S: I was coming off directing Eight Crazy Nights, and I was hounding my agent about an idea of American Anime. I couldn’t quite define what American Anime meant at the time, but whenever I would say it in a meeting people would perk up like “Ooooo…those two words sound good together." He knew about this Kingdom Hearts project Disney TV animation had in development, and thought the mix of anime and American animation would appeal to me. I grabbed a copy of the game and started playing, and with no kids, or job at the time, I burned through the game in about a week. When I finally got the script for the pilot, it didn’t feel at all like the game I had just played, but more like an episode of Aladdin starring the characters from Kingdom Hearts. It was at that point that I almost lost the job because I said I wanted to rewrite the script, and that doesn’t generally go over well. It’s not like the idealized version of how hollywood works in people’s heads. Generally, once a studio has spent money and time getting a script to the point where they’re ready to go, if you say you don’t like the script then they just move on. Probably, the only reason that didn’t happen was because I was just coming off having directed a feature, so they heard me out more than they may have otherwise.

KH13: We know this is not your first attempt at making this show happen. What has changed about the show since that first attempt, and why give it a second try?

S: The fans. I honestly didn’t think anyone would even know about it when I put up the first storyboard panels on my Deviantart. I put them up because I loved that project and wanted to share some of my favorite drawings from this project that I loved. I stopped paying attention to Kingdom Hearts after they didn’t go with it. It’s going to sound sappy, but when you pour yourself into a project and it doesn’t happen, it’s kind of like a little romance that you had. The further the project gets the more it hurts when it doesn’t happen. Usually, it doesn’t get passed the first date. When it gets as far as a pilot that they’re testing, and it tests better than anything else they tested, and THEN it doesn’t go…it’s kind of like the girlfriend you had at camp. You were so in love, and who knows what would have happened if things where different, but you live too far away, or she was only looking for a summer camp love. I was a little heart broken after Kingdom Hearts. It’s only now as the fans are letting me know about what’s been going on over the last 14 years, that I’m like “Well, the least I can do for this long lost love is to give it another shot.”

What’s different this time around? I’m a lot better than I was 14 years ago. I also have my own little studio, which the pilot was one of the first project before my studio had a name. The technology is also so much more advanced now. Even if the do over is just re-doing the board, I can make it so much more now than if ever was then. You have to keep in mind, the drawings for that board were all about the size of the average post-it. That’s how we did boards back then. With Storyboard Pro now, I can have complicated camera work and tons more posing in the same amount of time.

KH13: Many games have come out in the Kingdom Hearts series since your first attempt at greenlighting this show. Do you plan on incorporating more games from the series besides Kingdom Hearts 1?

S: IF…..and that’s an intentionally big if…if something happens with Kingdom Hearts, I’ll be immersing myself in the entire Kingdom Hearts universe before we start writing anything. I felt like I needed to play the game to do it justice the first time around, now there’s this magical thing called YouTube where I can watch walk throughs of the games. I’ll be studying everything. The last thing I want to do is disappoint the fans who have brought my attention back to this project.

My first job in animation was on a show called The MAXX, for MTV. All of us working on the show were huge fans of comics, and all hated the way comics change when they go into animation. We faithfully brought The Maxx to life in animation holding true to the comic. I would do the same thing today for Kingdom Hearts. The worst thing that could happen for a fan of a property is to see that property warped into something they no longer love.

KH13: Do you plan on incorporating Disney worlds we have yet to see in the Kingdom Hearts series? Are there any definitely-included worlds you would like to share?

S: Since there’s no deal, there’s no breach of confidentiality. There’s also no weight in what I’m saying, and the legalities would all come into play should something actually happen, and that’s when I won’t be able to say anything. The Disney Universe has expanded exponentially with the inclusion of the Marvel and Star Wars universes. I would think it’s a no brainer to thing that at some point those might come into play. Henry Gilroy is a good friend, and he’s written and Executive Produced in both the Marvel and Star Wars universes, so it would be a fun idea to play with.

KH13: How many games in the series have you played, and which is your favorite?

S: Only the first, but all the way through. I was the super cool uncle who could get my nieces and nephews passed whatever part of the game they were stuck on. Like I said, Kingdom Hearts was like a summer love from 14 years ago. You know that love is still out there in the world, but I honestly had no idea how big it’s gotten.

KH13: Who will be the main antagonist of the show: Maleficent, Ansem, or a new character?

S: Maleficent was the main antagonist for the pilot. It’s hard to say for the show because I need to get myself reacquainted with my summer love, but I’m definitely not going to add a character of my own as the antagonist. I think that would be the perfect way of pissing everyone off.

KH13: Will you be taking inspiration from the manga/graphic novels?

S: You know…unless I hear from the fans something akin to “Raiders of the Arch, The Last Crusade are all you need to know about Indiana Jones and it’s best to pretend like the other two movies don’t exist” or “Just start at episode 4 and pretend the prequels don’t exist” then I’m diving into all of it.

KH13: Will the pilot episode be a movie-length episode?

S: That would be cool.

KH13: If the show gets greenlighted, will it air on the Disney channel or a different network?

KH13: How many episodes do you anticipate on including in the first season?

S: That’s a network thing. There are standard season orders depending on the network.

KH13: Do you have an idea on who you would cast in the show? Do you think you would be able to get any of the original voice actors from the game to do the show?

S: As much as possible.

KH13: Any updates you would like to give fans in terms of the progress of the show?

S: I try to keep people updated on Twitter.

A huge thank you to Seth Kearsley for this interview! Best of luck to you on getting the show green-lit!