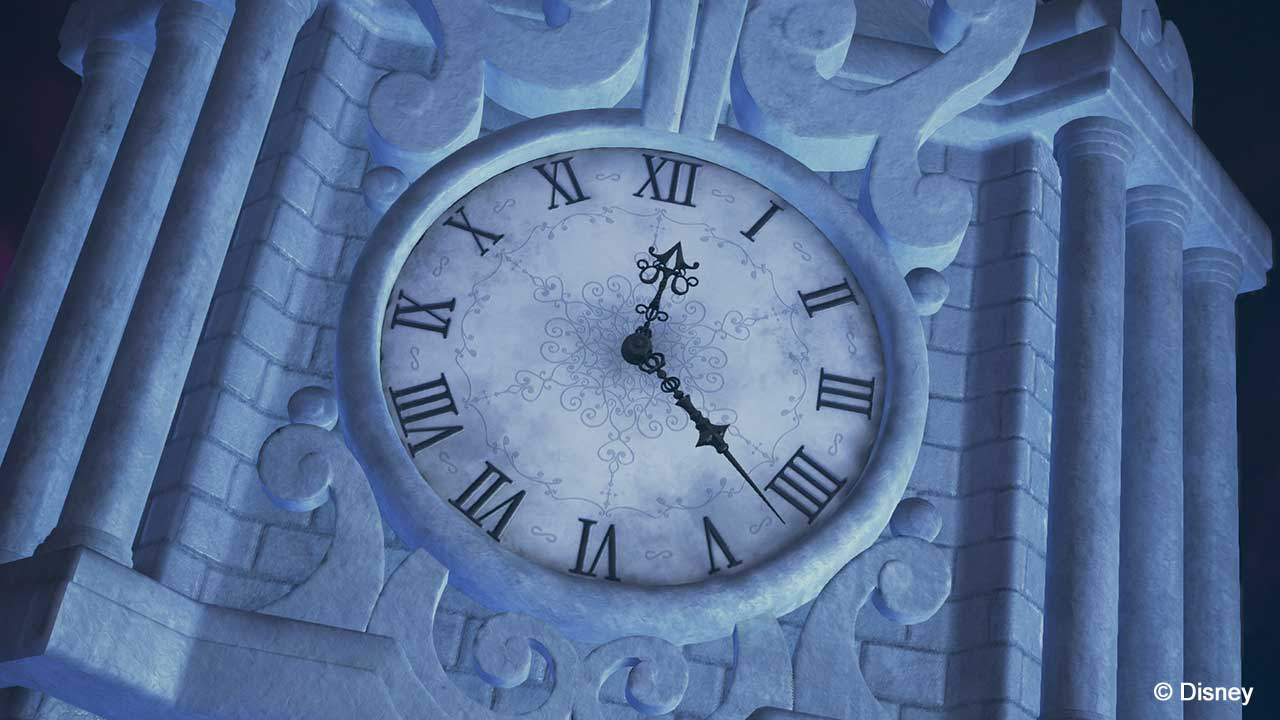 You can check out the full interview below.

GamesBeat: One of the things I find interesting about Kingdom Hearts is the combat system. It’s gotten a bit flashier and more complex as the series goes along. Is that a challenge when designing the Final Chapter Prologue and Kingdom Hearts III? Is it something that you felt the need to rein in, or did you want to make more complex?

Tai Yasue: With our handheld games, we did a lot of experimentation with new systems. With 0.2 and 2.8 we’re coming back to the basics, I guess, but at the same time, Kingdom Hearts 0.2 is sort of a continuation of Birth By Sleep. So we wanted to incorporate a lot of the moves from Birth By Sleep. Aqua’s magical spells, for example, and her style changes. We wanted to change toward an enhanced version of that.

The moves look a lot flashier, but at the same time not too difficult. We have the same sort of command menu as the numbered titles, II and III. That’s very similar in 0.2. It’s sort of a mixture between Birth By Sleep and Kingdom Hearts III, both aspects of that coming together.

GamesBeat: Kingdom Hearts II came out in America in 2006. Since then, the series has seen a number of games on handhelds, and they’re still important to overarching story. Do these compilations make it easier for players to catch up?

Yasue: Definitely. The story is very complex. There’s a lot of threads. Right now we’re sort of depicted the Dark Seeker side, and all the portables as well. We wanted — when we were planning for Kingdom Hearts III, we wanted all of our previous Kingdom Hearts titles in HD so everyone could play them again, and new players could be introduced to the Kingdom Hearts series story.

GamesBeat: You talked about experiments with the battle system. It’s seen a lot of variety. It had a mana system, like in the first game, and cooldowns in some of the recent games. What works best for Kingdom Hearts?

Yasue: Each has its own fun aspects, but I think the magical points system, using MP, is very accessible. That’s worked well. But we don’t want to do the same thing over and over again. In Kingdom Hearts III and 0.2 we wanted to enhance this system for the next generation. Using magical spells, we wanted the environments and enemies to react in a meaningful way. It doesn’t just explode. It lingers on afterward. If you shoot a Blizzard, for example, it creates a place where you can skate on the ground. We wanted the magic to dynamically interact with the environments.

GamesBeat: When the series started, the Final Fantasy element was very important — not just in story, but in gameplay. The magic came directly from Final Fantasy, as did the summons. A lot of those aspects seem less prominent now that Kingdom Hearts has developed more of its own identity. Is it fair to say you’re doing more things that are unique to Kingdom Hearts?

Yasue: As a whole, the story and the worlds and the gameplay — everything we incorporate, we want aspects of the Disney world throughout. For the combat systems as well, we don’t have that much for 0.2, but having Disney aspects combined with Sora’s aspects is important. Obviously the worlds, for example, we don’t want them all to be Kingdom Hearts original worlds. We want the rich Disney worlds as well as the original worlds.

GamesBeat: At this point we’ve had a lot of playable Keyblade users. First Sora, then Riku, and many more. How do you differentiate all these characters from a gameplay standpoint?

Yasue: When we first come up with ideas for the characters, we have an easy sort of concept. For 0.2 Aqua, she’s a female character, she’s related to water, and she’s very strong with magic. She’s also very strong and elegant. You have these keywords for each character, enemies and player characters alike, to define them. That’s very much linked up to the story. We want to integrate those keywords into her movement and her abilities. Aqua uses powerful magic in a flashy way because she’s a magical character.

GamesBeat: Why focus on Aqua for 0.2?

Yasue: For 0.2, that was sort of the untold story that we hadn’t shown our users yet. At the end of Birth By Sleep, she was trapped in the dark world. We felt we had to explain her story. When you have a good story, it makes you care about each character. Sora’s adventure is intertwined with Aqua’s story as well. We wanted to give players a reason to care about Aqua and her adventure. That way, when you play Kingdom Hearts III, you understand Aqua’s standpoint, and that makes Sora’s experience richer as well.

GamesBeat: With Kingdom Hearts III tying up all these plot threads and being the last installment in this series of Kingdom Hearts, would you say there’s a lot of pressure on that game specifically?

Yasue: Definitely. There’s a lot of strings and a lot of strands in the previous Kingdom Hearts. They all come together. Right now we’re depicting the Dark Seeker saga, with Xehanort and his group that Sora’s battling. Them and the other Keyblade masters will have a sort of showdown. And so I think all the — everything is going to come together at the conclusion of the Dark Seeker saga in part III.

GamesBeat: A lot of people want to know what’s the next Disney thing for Kingdom Hearts III. Has it been stressful to keep so many secrets about development?

Yasue: Like I said about not showing much of Kingdom Hearts III at this time, there’s always a right time for everything. We want each announcement to be special. We want to exceed our fans’ expectations and we want to do it in a good way. We want to plan things out, the way we announce things. It’s not that stressful, at least for me.

GamesBeat: Do you think there’s a chance that I.5, II.5, and 2.8 could ever be bundled together into one package?

Yasue: We haven’t really decided on bundles or how we’ll set up things for how we’ll sell those. No decision or announcement has been made.

GamesBeat: 2.8, is that just PlayStation 4, or is it also Xbox One?

GamesBeat: Is there any fear of Xbox One owners feeling left out?

Yasue: Kingdom Hearts III is very much — it’s a game that will be better if you understand all the other stories. But at the same time, you can enjoy it without following the whole arc. As you know, all the Kingdom Hearts stories have a conclusion at the end of each Disney world. You can still enjoy that as well. For the whole arc, it might help to understand, but there’s still a lot of fun in each Disney world.

GamesBeat: What would you say makes up the Kingdom Hearts fanbase? Is it Square Enix fans, or Disney fans, or this unique combination of the two?

Yasue: We have great fans. They’re very passionate, very warm, very supportive. They’re very special. For me, I think they’re the reason why we’re doing this, more than anything. Compared to other games — it’s hard to compare. But I feel they’re warmer, nicer on the whole. That’s my honest opinion. They seem a lot nicer than some others.

GamesBeat: They’ve got a bit of Disney in them.

Yasue: I guess! They’re wonderful. Today I talked to a lot of people, and they’ve been very supportive

What was your favorite part of the interview? Let us know in the comments below!