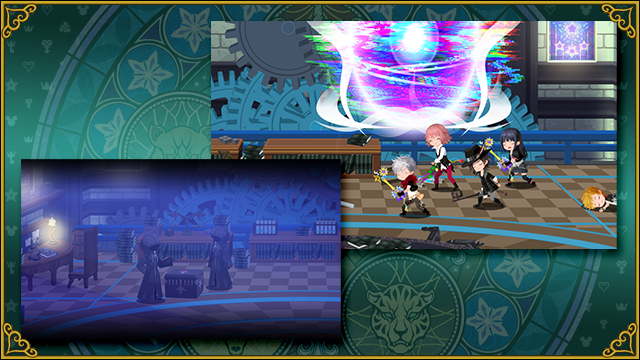 The Japanese Twitter account for Kingdom Hearts Union χ[Cross] has announced the next story update will be going live at 15:00 JST (2:00 AM EST/11:00 PM PT) tomorrow.

The tweet mentions that the countdown is on for the end. It's unknown how many story missions will be part of this update as the February update only had one mission (Quest 976) which ended the Sugar Rush story line.

UPDATE [March 25, 2021]: Quest 977 has been released for both Japan and Global. In addition, the Keyblade War is now available to view in Theater mode.

Kingdom Hearts Union χ[Cross] Dark Road is set to close on April 30th with the final story update for Japan while Global will shut down on May 30th.