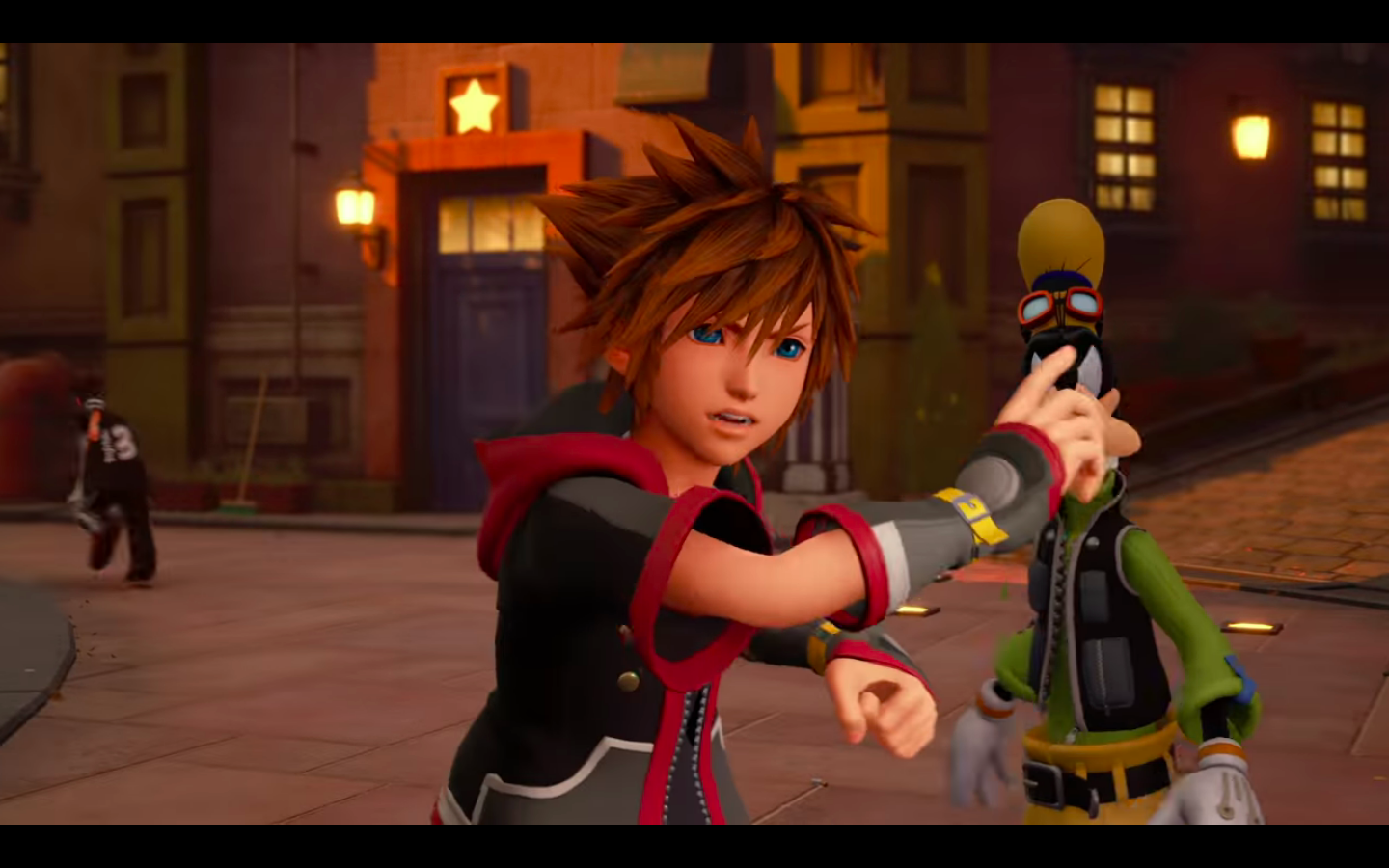 In a recent interview with Game Informer's Kimberly Wallace, Kingdom Hearts director Tetsuya Nomura discusses the idea for DLC along with Ratatouille and the recent Aqua reveal.

You can read snippets from the interview below.

Nomura: “I can’t really talk about any of the characters that have not been announced or shown yet, but just looking at Kingdom Hearts 1 compared to when that was released, there’s so many different titles with Final Fantasy characters or where all of these characters come together. I don’t feel that much of necessity of bringing these characters together like I did before. However, if you could look forward to information in the future, that would be great.”

When asked about his reaction to Aqua's reveal

Nomura: “We had that scene with Aqua in that announcement of Frozen, and I was actually just surprised that there was the same or more buzz surrounding Aqua because Frozen was supposed to be the big reveal. I was just surprised when people were surprised she had fallen to the darkness. I, of course, know the entirety of the storyline, so in fact, there are more surprises and some even bigger than that. I just wonder if everyone will be okay.”

When asked about the Gummi ship levels

Nomura: "We will have new features with the Gummi Ship, we just haven’t disclosed yet. What you saw yesterday, we just wanted to confirmed it exists."

When asked about playing as a second character

Nomura: "There will be some times in the game where you’re able to control characters other than Sora, but I just won’t say which character at this moment."

Nomura gave some clarification about Ratatouille, stating that it's a "mini-game". The object is to find ingredients hidden throughout the game and bring them back to Remy to make a full-cooked meal. If the player succeeds, they will receive a temporary status upgrade; otherwise, nothing happens.

He added that there will be a lot of mini-games in Kingdom Hearts III.

“I do want to look into potentially releasing DLC after [launch], but nothing have been solidified or decided on what we want to do or what we will do. I don’t think I’ll ever really release a season pass of sorts either, because I’m not fond of that model.

I want people to continue to enjoy playing Kingdom Hearts III after release. I actually also think that not many bigger titles nowadays release and just leave it at that. I don’t want to follow along with them, but I want to create something that the fans will enjoy even after release.

[in regards to DLC after KHIII's release] I have no idea what it would be or might be. Nothing has been decided."

Nomura was also asked about the remaining worlds that yet to be announced in Kingdom Hearts III.

He gave reassurance that Big Hero 6 is still coming, even though no gameplay footage has been shown yet.

He also confirmed that some original worlds from previous games will return along with new ones.

"We don’t have many left [to announce], but we do have some [worlds] left, including our original worlds."

He also talked about the Pirates of the Caribbean world return to Kingdom Hearts III, and mentioned the interesting gameplay elements it will bringing forward to the players, such as ship battles and underwater excursions.

“For Kingdom Hearts III, I wanted to do at least one live-action movie. That’s because this is our first full-volume title on the current generation console, so I wanted to test our limits in how real we can make it.”

What do you think of this interview? What DLCs do you want for Kingdom Hearts III? Let us know in the comments below!