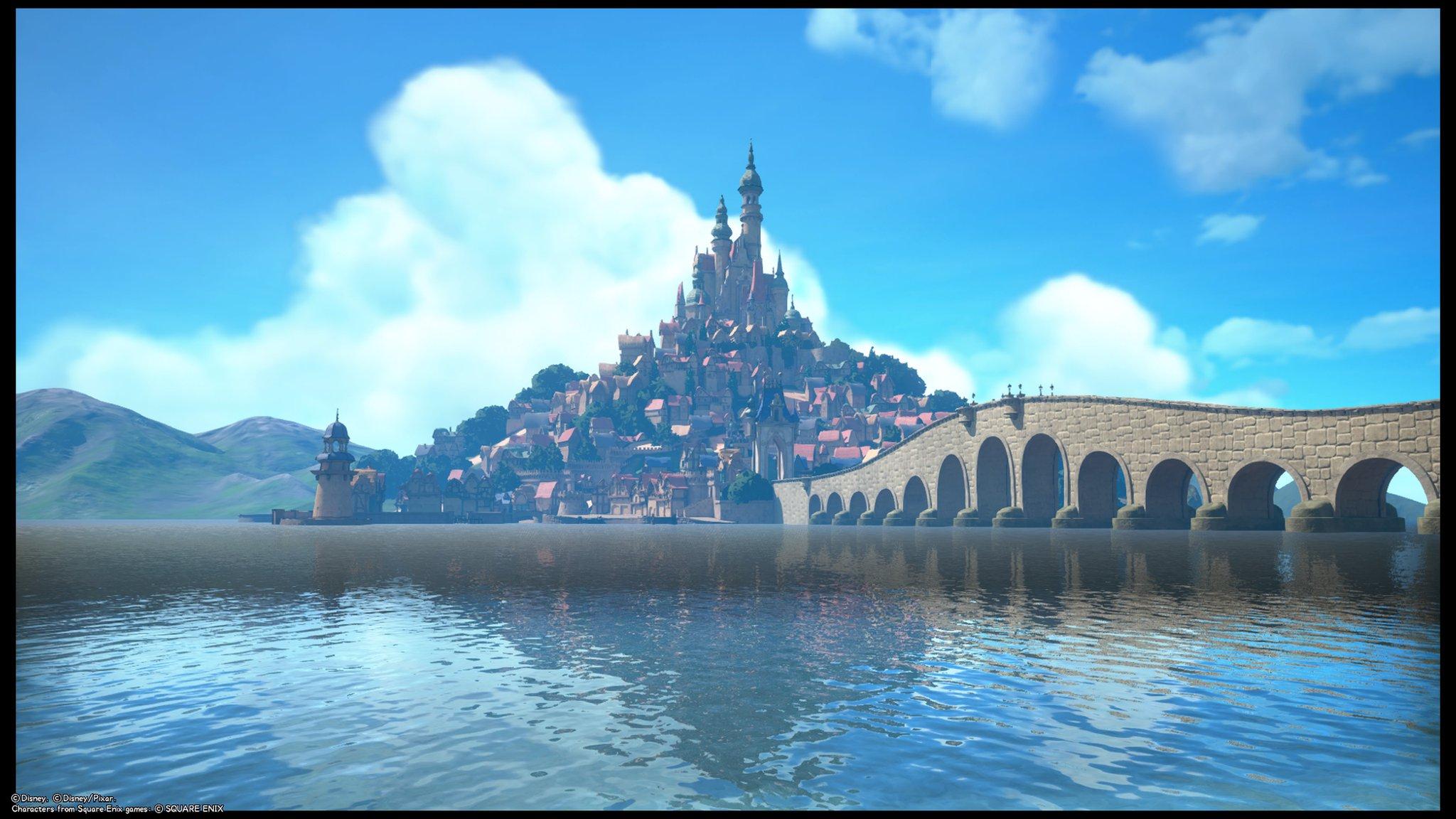 The Kingdom Hearts Series Character Files translations for the world stories of Kingdom of Corona and Arendelle are now available!

Since Rapunzel had spent her whole life locked up in a tower, I couldn’t believe how much of a bright and bubbly girl she was. When I saw how happy she was when she stepped outside for the first time, it made me just as happy as she was. I remember that mixture of fear and delight when I left for an outside world too.

Using Rapunzel’s hair to move from one rocky place to another was pretty fun. I thought of how that hair of her’s is some really amazing magic. But it was because of that hair that she was locked up, so maybe it isn’t something to be grateful for after all. Or, no, maybe it’s more like over time that magic became a curse?

The hanging lanterns that we viewed from the riverbank were really pretty. Since we didn’t want to disturb the two of them, we didn’t ride in the boat together with them, but I have no doubt that the view from the boat was incredibly pretty.

It’s also thanks to Flynn that the magic - the curse - on her hair was broken. I’m truly glad about that.

I really hope she can live a life of happiness from now on as a princess. But Flynn a king?….Well, it’s Flynn, he’s versatile and can get by no matter where he is!

I wish them both happiness!

Cold! It was cold!

I grew up in a tropical place, ya know, so I thought, “This is just way too cold!” But, after sliding through the mountains, which was surprisingly fun, and there being amusing characters like Olaf there, I came to the conclusion that Arendelle was a pretty nice place. Though, there aren’t that many bad worlds out there to begin with. Arendelle, after the magic was lifted and cold disappeared, looks like a fun place too ~ I’d like to try going there next time!

Anyway, Elsa’s magic was the cause of all that coldness. I wonder just how strong her magic is? But, man, it really must have taken a lot of strength of will to keep that magic locked away inside of herself for so long. I get why those guys in the Organization had their eyes on her. But at the same time, Anna, who gave her absolute all to try and save Elsa, has a lot of strength too.

I wonder if the bond between the sisters is like the one between Riku and me? We fought, got separated, and somewhere inside our hearts are connected and we believe in each other. But, is that really what sisters are?

Anna and Elsa reconciled and their kingdom returned to spring again. From here on out, I hope things go smoothly for Arendelle.

But, if the snow melts, I wonder what will happen to Olaf and Marshmallow?