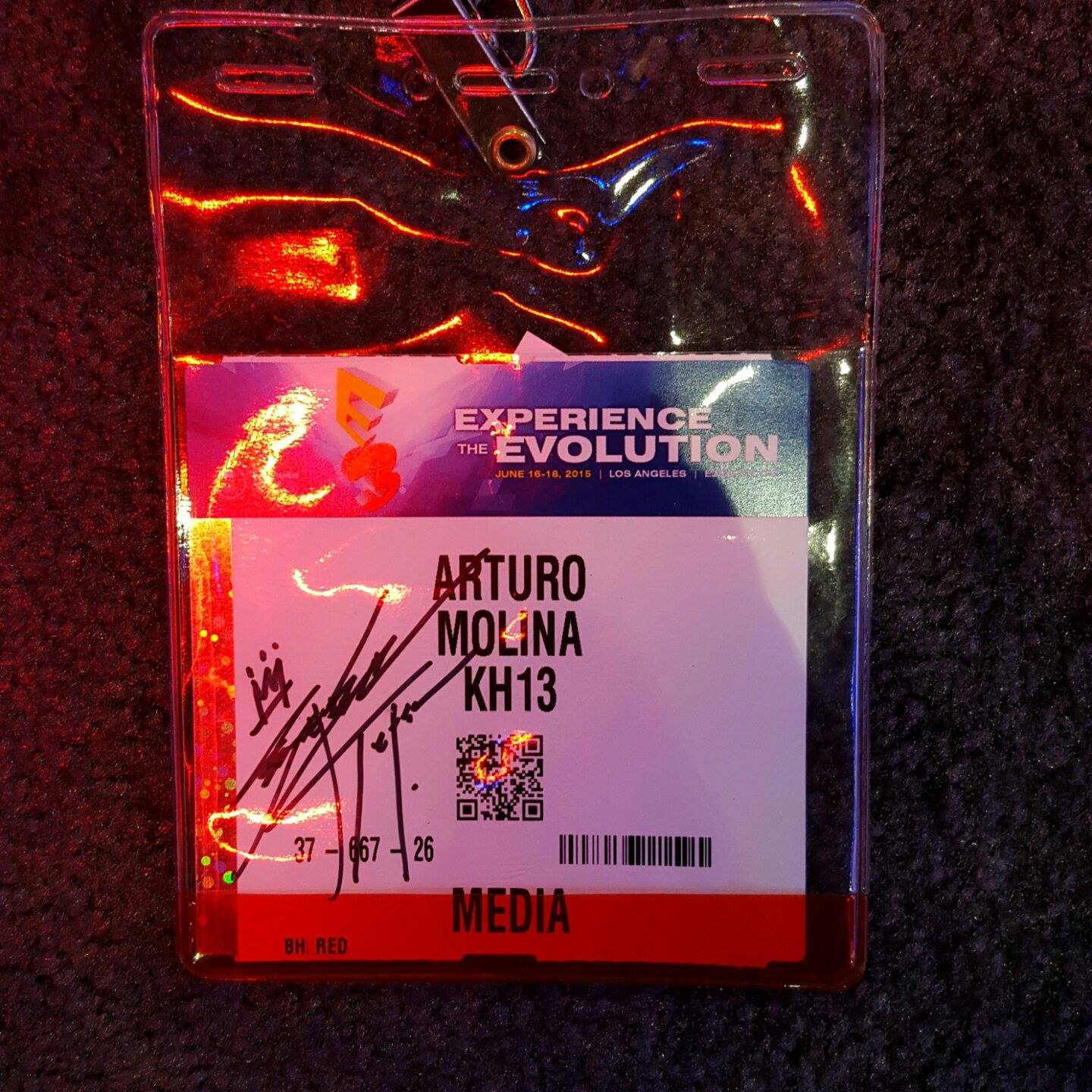 E3 2015 has concluded, and we can imagine that all of you are still recovering from the massive amounts of Kingdom Hearts III and Kingdom Hearts Unchained χ news, interviews and media that we received. Stay tuned though, there's more– we're very excited to announce that we, along with many other fansites in the Kingdom Hearts space, had the chance to interview the director of the Kingdom Hearts series, Tetsuya Nomura!

Churro, representing KH13, along with Mike & Andy from DisneyExaminer, Alex from Kingdom Hearts Destiny, Branden from Kingdom Hearts Union, and Cecily, Sophearum and Arielle from KHInsider all participated in a roundtable discussion with Nomura, and were able to ask him a number of questions about Kingdom Hearts. With a big thanks to Square Enix and Tetsuya Nomura, here it is!

--How did magic evolve for Kingdom Hearts 3?

Nomura: When it comes to magic in Kingdom Hearts 3, we really wanted to try to leave an effect on the surrounding environment. In the trailer when Sora would cast Blizzard, the blast would leave behind a sheet of ice for Sora to slide on, and when he cast Aero in a field, the wind would make an impression in the grass.

We are hoping to achieve those types of lasting effects in the world with the new magic skills, so please look forward to them.

--Are there any plans for further communication with fans online as a means of delivering news, such as through livestreaming (example: Final Fantasy’s Letter to the Producer / Active Time Report) or the Message to the Kingdom blog?

Nomura: Unfortunately, that is not possible for us. The reason for this is because of the risks involved when we actually do livestreaming for Kingdom Hearts. While we are able to hold livestreams frequently for Final Fantasy, it is a much more different process with due consideration to Disney. Even participating in Square Enix Presents here at E3 is a very delicate situation due to the risk of revealing information accidentally.

--What was your inspiration for Chirithy in Kingdom Hearts X[chi]?

Nomura: When we were developing Kingdom Hearts X[chi], the development staff really wanted to introduce a guide for the Player character that would aid them throughout their journey. I thought a lot about how this character would appear as. This all took place before I acquired my own cats, but I had always wanted a Scottish Fold and decided to create Chirithy based off of that breed.

--How do you select which attractions to use for Attraction Flow, and which rides do you like the best?

Nomura: We look at all the attractions in the Disney parks worldwide, particularly the ones that appear to be popular. We revealed a new Attraction Flow in the latest trailer based off of the Mad Tea Party with Sora, Donald and Goofy spinning around in teacups, but I was actually very surprised by the overwhelming positive feedback from the Western fans for them, as they are not as flashy as the other rides.

As for my favorite rides, I really like Disney World’s Tower of Terror and Rock ‘n’ Roller Coaster.

--In Kingdom Hearts I & II we were used to have a Disney character joining our party in each new world Sora and his friends visit. Will this mechanic be present in Kingdom Hearts 3?

--How is the Kingdom Shader being used in Kingdom Hearts 3?

Nomura: The goal of the Kingdom Shader is to evoke the feel of the brush paintings in each unique Disney world, just as we had always aimed to do. We are working to accomplish all of these different styles so that they will be properly reflected in each world in order to do the Disney properties justice, and we also have to decide if we will use them or go for a more realistic shader in certain worlds. The original worlds, however, will continue to use the same style.

--How was your time at E3? Were you able to check out any other games?

Nomura: Unfortunately I was too busy with interviews and was not able to see the other games being exhibited. I did, however, watch the first party press conferences online. I particularly liked Guerrilla Game’s Horizon: Zero Dawn and Ubisoft’s Tom Clancy’sGhost Recon.

--Was Kingdom Hearts 3 always planned to be released for the new generation of consoles?

Nomura: To be honest, it was not. It just so happened that the timing happened to work out in this situation. When the time came that we were ready and able to begin work on Kingdom Hearts 3, the Playstation 4 and Xbox One had just been introduced, so the best decision for us was to develop KH3 for the new consoles.

Don't forget to visit our friends on their websites:

Lastly, Churro was also lucky enough to get his KH13 press badge signed by the man himself! This can be seen below.