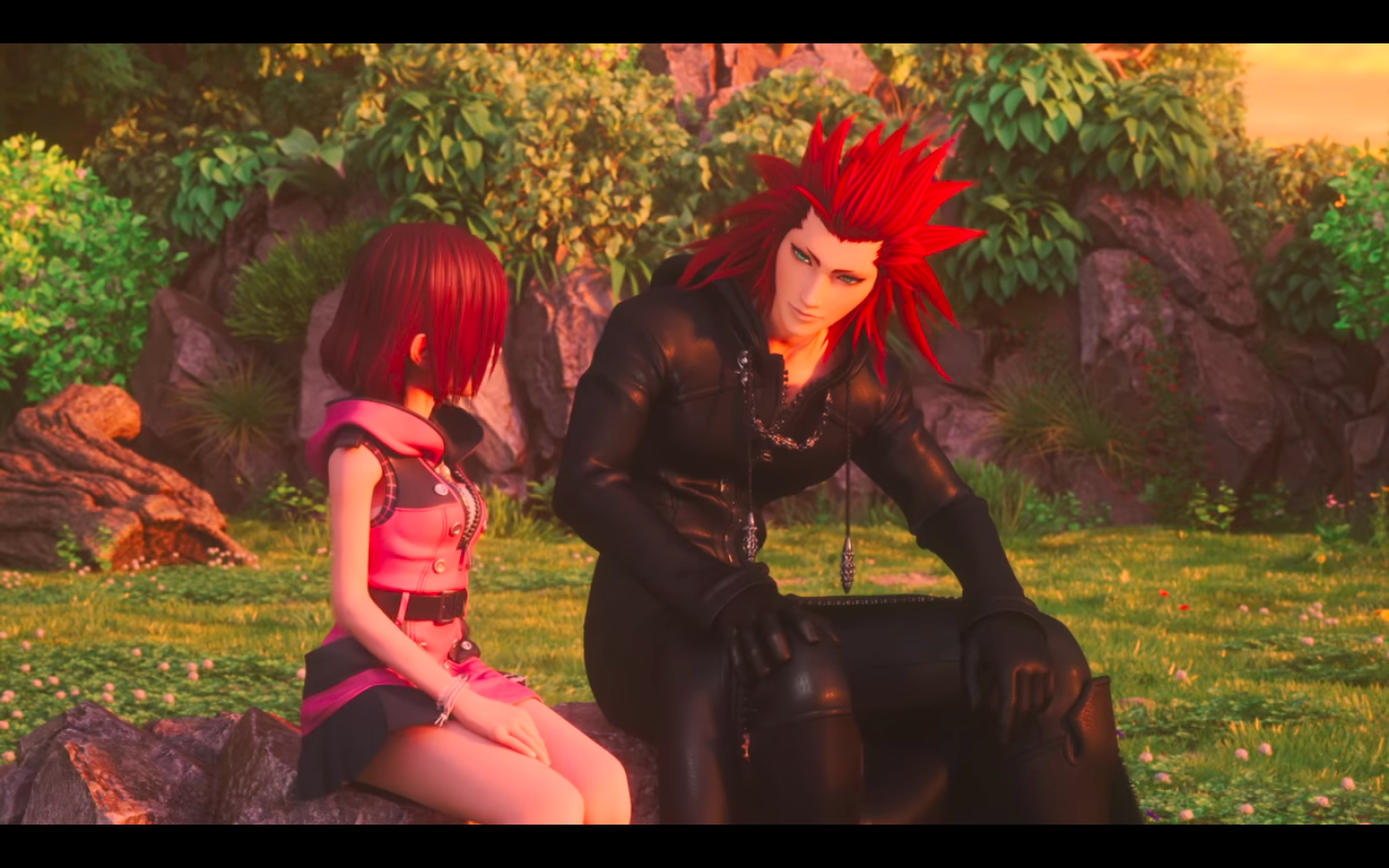 Nomura talks about "Let It Go", the gameplay of Arendelle and The Caribbean, the new Princesses of Heart and Situation Commands in Kingdom Hearts III

Kingdom Hearts series director Tetsuya Nomura has recently been interviewed by Famitsu at E3 2018, where he talked about many topics, including the gameplay of the worlds of Arendelle and The Caribbean, how to make use of Situation Commands, and the seven Princesses of Heart.

You can read his remarks from the interview below. (Translations have been provided by KH13 Staff Mio-chan, and @keytotruth.)

Q. Several announcements have been made at E3, but first about the release date, please tell us the reason why it is deferred.

Nomura: Because KHIII is a big title, we have continued to adjust various parts with their respective departments. Among this, New Year's Holidays restrictions would likely occur in terms of distribution and production, so it was hard to prepare a sufficient organization to release it worldwide. Plus, we would like to have the same timing with affiliates and overseas branch offices, almost releasing at the same time as Japan, so January was preferable and intentional.  On the other hand, in terms of development progress, it was never a situation that I could afford. Based on these various circumstances, it eventually became a company decision. (Note: You can read Nomura's comments on this matter in the Mobile01, The Verge, and GNN interviews as well.)

Q. A complex decision indeed. Well then, we will ask now about the trailer and the new information it revealed. Frozen was presented as a new world at last, right?

Nomura: Here, this scene in progress that you see occur at the same time as the movie’s events. The Let It Go segment will appear too. In terms of battle, although Anna and Elsa do not join the party, the creature that Elsa has created with her magic, Marshmallow, will lend you its strength. In the snowy mountains, there is some exploration in the ice labyrinth prepared by Larxene.

Q. A Pirate of the Caribbean world appeared too, it was astonishing!

Nomura: About the world of Pirate of the Caribbean, we used the movie "At World’s End" as a base. This time I’d like to draw your attention to any element really, but I think that there are many things to discuss about. Starting with the battles in the ocean, there are scenes in which you can interact with the ship, participate to naval battles, riding on a Heartless and fight in the air etc. This world is made of land, sea and air, everything is seamlessly connected to the battle stage.  There is also a fun part where you can pilot and navigate with a ship to explore and unravel islands. It’s a world where you can do anything.

Q. In May there was a Media Preview event where people got to play the game, and it was exciting just free-running up walls and using special techniques in the middle of battle, of which there were many of them. It feels like it's becoming really fun.

Nomura: The running mechanic I think is becoming something you have to "feel" to enjoy. During battles, depending on how Sora performs, something called "Situation Commands" will appear on the left of the screen. They are not like regular commands as they have a time limit and will stack up and it will be up to the player to decide when and how to use them. It's a system I really wanted to make a reality for this title.

Q. I have seen that even 5 commands could be stacked up but since they have a time limit there's also the worry of using them before time runs out.

Nomura: Well, you're free to just use them in a chain. Just using a lot of them one after another is a pretty amazing and powerful attack on its own. When you get used to it you'll just think "I'll start from this one", so even for people who are not good with action games can get a hang of it.

Q. There's a scene from the trailer that's picking my curiosity. About Roxas' resurrection, it seems both Sora and the New Organization XIII want this to happen.

Nomura: Specially Sora, who has a connection with Roxas, is working hard for that to happen. However, that's not something that will be answered anytime soon. (Note: According to Nomura, Roxas is the utmost secret for Kingdom Hearts III!)

Q. I have something else I'd like to ask about. About what Larxene said about the "New Seven Hearts".

Nomura: It's the new Seven Princesses from the next generation. It has to do with what Master Xehanort did in KH3D. Just in case the 7 Guardians of Light don't gather, they'd use the Seven Princesses. Those Seven Princesses are currently taking the place of the other princesses except for Kairi. There are 6 missing candidates; Rapunzel, Anna, Elsa and more are being targeted for that purpose.

Q. A lot of time has passed since the first title of the series launched. It feels like the memories from its complicated story are starting to fade from some of the users who only played the numbered titles. Have you thought out any way so users can follow the story?

Nomura: Well, there are a lots of characters and relationships. If we stopped to explain everything in the game, the story wouldn't move forward. So, we're making preparations in our official site for people who want to catch up. We're condensing all of the story into 5 "episodes" that will have Chirithy narrating the events to make it easier to understand. We will make it public shortly after E3 is done. After watching these movies, I hope you get to play the HD remasters and enjoy until the release of the game. Also, it's under consideration, but we're looking into adding this to the actual KHIII. (Note: You can read more about this recap video here.)

Furthermore, he mentioned that there are no plans for a Kingdom Hearts III demo release: read all about it here.

Are you excited to use Situation Commands in Kingdom Hearts III? Who do you think the new Princesses of Heart are (apart from Kairi)? Comment your thoughts below!

Kingdom Hearts III releases on both PlayStation 4 and Xbox One on January 25, 2019 in Japan, and January 29, 2019 to the rest of the world. You can now watch the latest Frozen trailer, Square Enix E3 Showcase trailer, and Pirates of the Caribbean trailer!