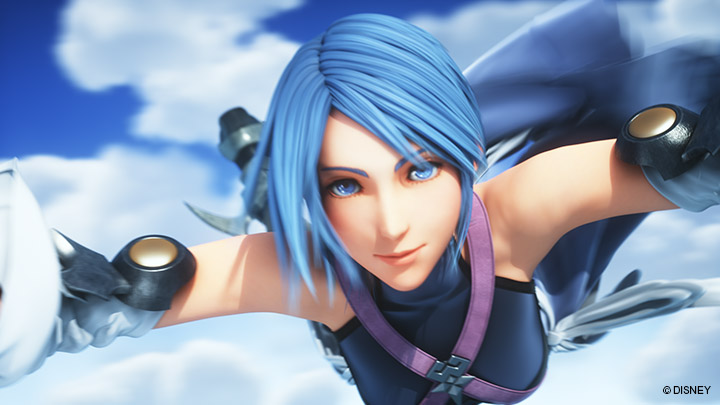 GameInformer has reviewed Kingdom Hearts HD 2.8 Final Chapter Prologue in its latest issue, giving it a rating of 8.5/10 and giving the game its Silver ranking, meaning it's the second best review in this month's issue.

A good portion of the review talks about Birth by Sleep 0.2 -A Fragmentary Passage-, saying that it will be about 3-4 hours long. Getting accessories for Aqua will come from completing quests rather than just opening chests. Each level will have its own mission like finding the 5 gears to get to Cinderella's castle. Also, there is a Critical mode than can be unlocked when you complete the game. There is also going to be a scene that could be from or directly links to Kingdom Hearts III at the end.

Kingdom Hearts χ Back Cover is said to run about an hour long, but is going to be the best visual movie out of all of the HD movies in the series. Dream Drop Distance HD is supposed to run smoother on the PS4 and the touchpad will be used closely to what the touchscreen was on the 3DS.

You can read the full review here.