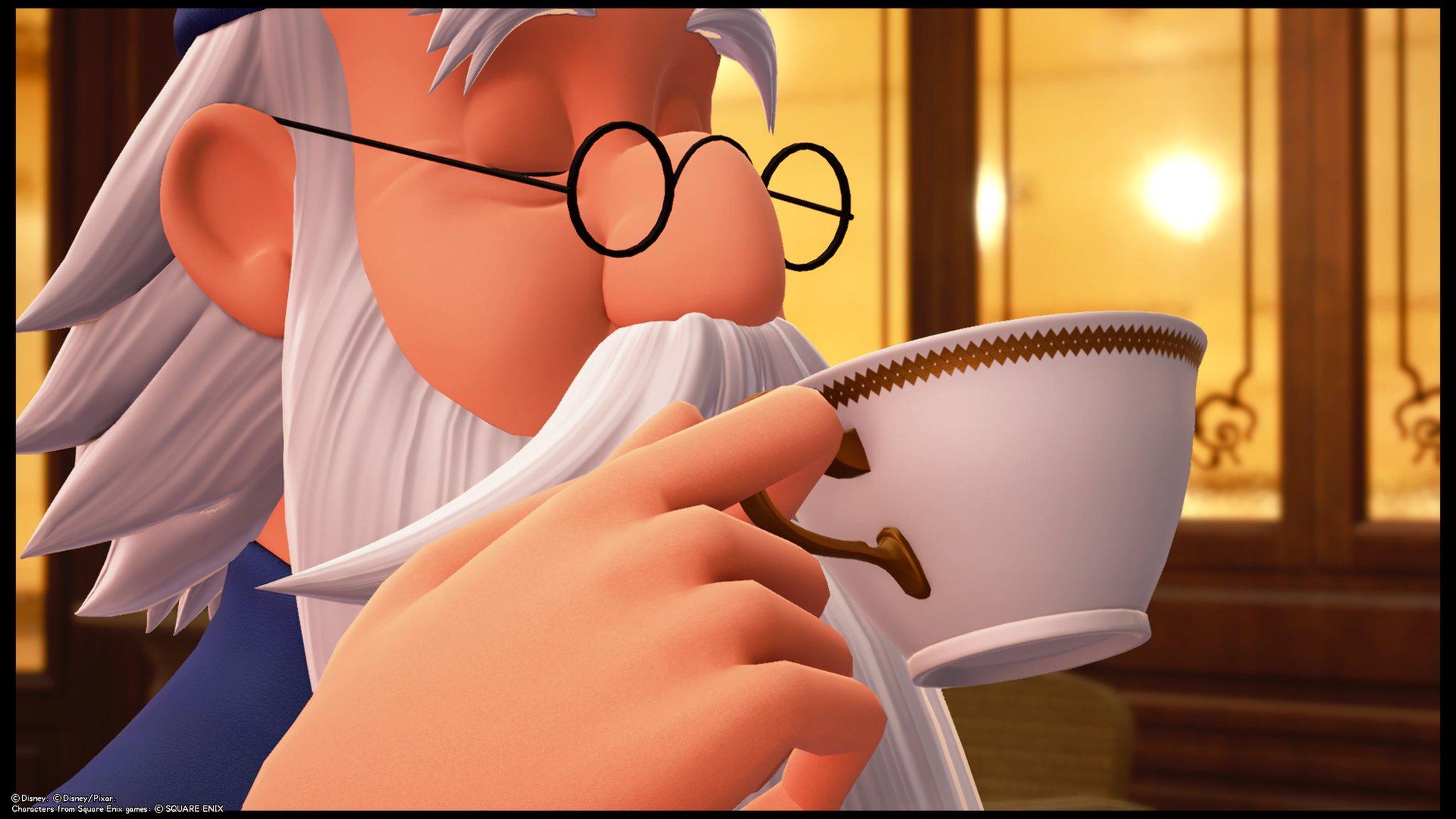 The Kingdom Hearts Series Character Files translations for the character file of Merlin are now available!

The translation for "Merlin's Beard" can be viewed below! Translations are courtesy of LilyGinnyBlack. (The short story appears to be written by Sora.)

Mr. Merlin - though he can travel through time, looks like a wizard, taught me magic, trained Kairi and Axel as keyblade wielders, holds on to Pooh’s picture book, sent us to a past world that was home to The King and others, and seems to be friends with Yen Sid - with the exception of him being an amazing old wizard he is basically a mystery that we know absolutely nothing about.

“Cleanin’ up after your magic’s a pain in the neck, ya old man.”

“Why I never! Old man! Do you just go around, all willy-nilly, calling me an old man!?”

When we were heading over to Tron’s place, we could hear him arguing with Cid. He got  super angry, even though Cid is the only one who has called him that and has been doing so since forever.

The other day, while we were sharing a cake that Little Chief had made for us, I thought I’d try asking him some questions —

“Mister Merlin, how old are you?”

Mister  Merlin, who are you?“

Mister Merlin, where did you come from?“

Though Merlin was laughing and smiling as he drank his black tea, he didn’t answer a single one of my questions! How does he have the willpower to do that? I wonder if he’ll teach me that some day?