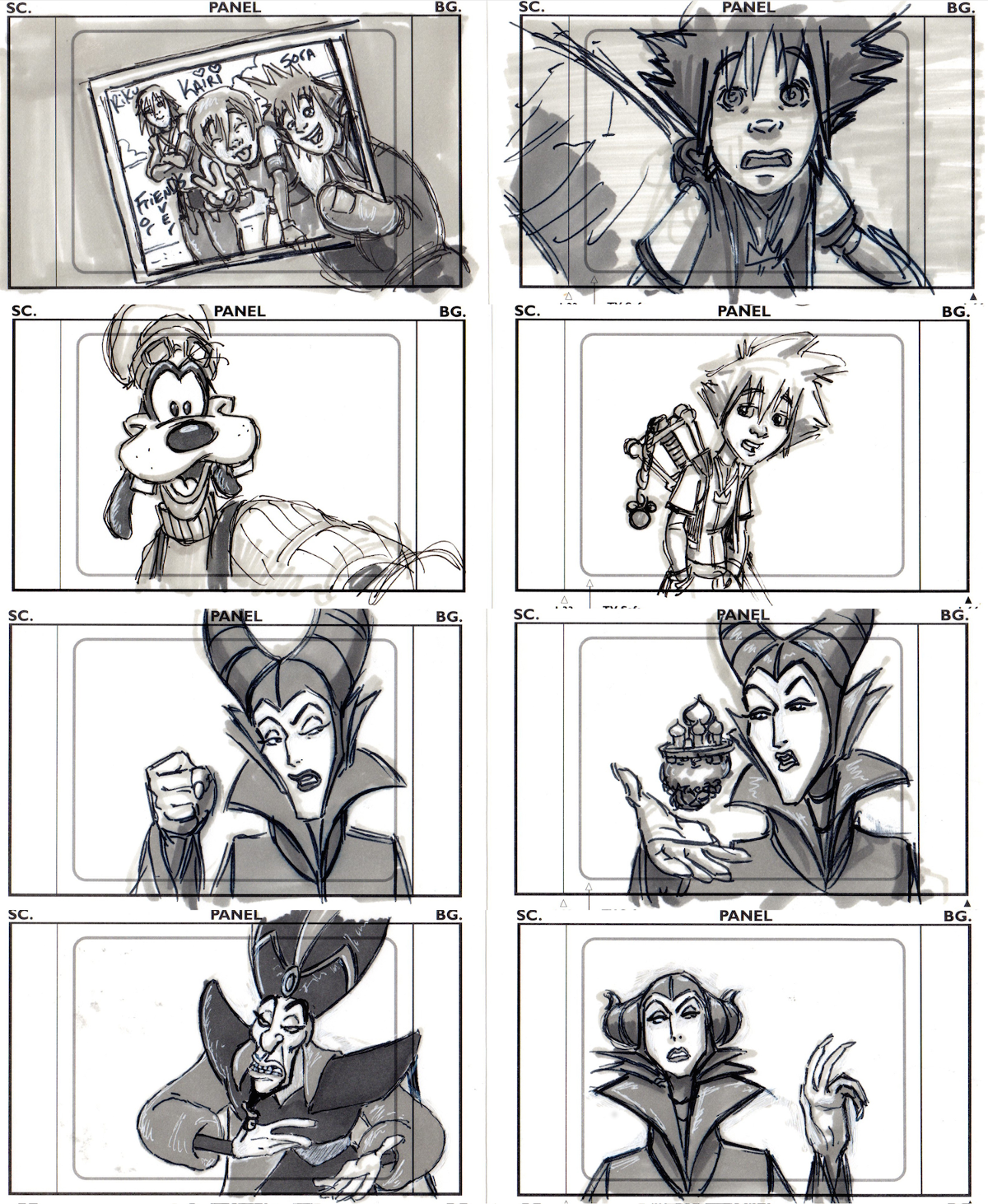 Former director and writer of the cancelled Kingdom Hearts cartoon, Seth Kearlsey, has stated that he is attempting to gain legal permission to reveal the pilot animatic. You can view his tweets below.

In addition, Seth was interviewed on February 2nd and during the 1:15:24 mark he begins to discuss the cancelled cartoon of Kingdom Hearts.

Originally Seth pitched the concept of an animated show (not specifically Kingdom Hearts) rather than making a movie due to it having a longer shelf life and a better opportunity for marketing. Seth's agent suggested Kingdom Hearts as it would mix both American cartoons and Japanese anime together. After completing the original Kingdom Hearts in a week he read the pilot for an Aladdin episode, Seth disliked this idea as Aladdin was already it's own animated TV show. Moreover, Seth took inspiration from the popular anime Cowboy Bebop due it airing on Cartoon Network at the same time he was writing the script for the Kingdom Hearts cartoon.

Around the 1:24:00 mark Seth discusses his attempt to gain legal permissions for the release of the pilot animatic. You can hear the full interview below.

Credit goes to twitter user @KorgerKor for the tip!