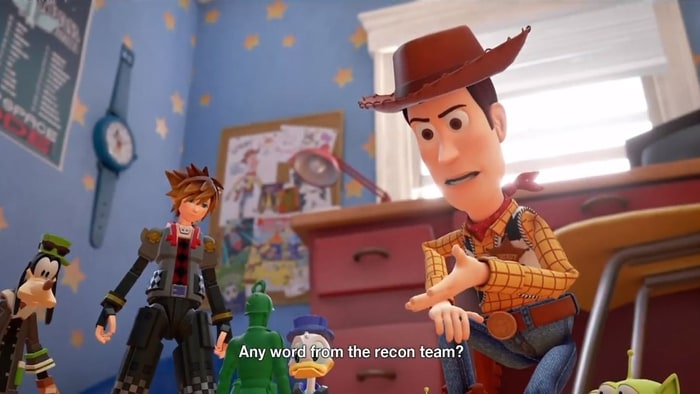 Our coverage of Kingdom Hearts III at D23 Expo 2017 in Anaheim, California has begun!

Beginning on July 14th and continuing through the 16th, D23 Expo is the ultimate Disney fan event where major Disney-owned companies and trademarks make various announcements related to Disney movies, games, etc. to create the ultimate experience for Disney fans.

At the first Orchestra concert in Los Angeles, California, Tetsuya Nomura confirmed that Kingdom Hearts III will make an appearance at D23 Expo 2017 on July 15th. This appearance includes a brand new trailer and a new world announcement. The official D23 website confirms that Kingdom Hearts III will appear during the Level Up! The Walt Disney Company’s Video Game Showcase at 1:00 PM USA PDT inside the D23 Expo Arena.

During D23 Expo 2015, Square Enix revealed a brand new world featuring the Disney film, Big Hero 6. What will they have in store for us this time? Stay tuned throughout the event to find out what announcements will be made for Kingdom Hearts III!

- Kingdom Hearts III confirmed to be at D23 Expo 2017 Anaheim

- Tetsuya Nomura is “confident” about 2018 release, and is not changing his original plans for Kingdom Hearts III

- Tetsuya Nomura discusses Attraction Flow in Kingdom Hearts III; says it'll be a surprise depending on the area

- Less Disney worlds in KH3 than KH2, but with more content; Big Hero 6 world development going well and next info is on its way; Toy Story world canon to the Toy Story timeline

- Every character's story will be settled in Kingdom Hearts III; the world Young Xehanort and Eraqus are at is an original world; Kingdom Hearts Union χ%5BCross%5D 5th Union leader reveal in early August

8:00 AM (USA PDT) - Exclusive Kingdom Hearts III posters will be given out to D23 attendees!